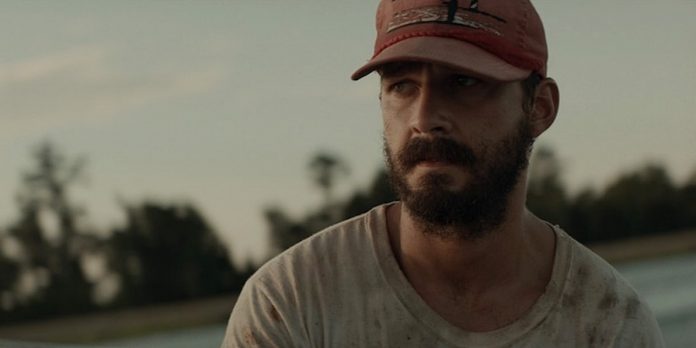 By Bianca Garner
​
Even before I had started to watch “Monos” I had already been experiencing a surreal nightmare of my own. Being a traveling film critic is not all fun and games, I’ll have you know! I won’t go into details but long story short- never judge a hostel by their photos. It’s officially my first day at LFF and the films I have caught today have made me laugh, grimace, gasp and cry. Each film has been unique in their own sense, and have been an interesting watch although I’m still not sure if I like “Monos.”

First up, was “The Peanut Butter Falcon” from directors Tyler Nilson and Michael Schwartz. A film that I can safely say lives up to the hype. This is the feel-good-film of the year which was definitely something I needed after being sleep deprived and somewhat down in the dumps for the last 24 hours. The film follows Zak (Zack Gottsagen), a young man with Down syndrome, who runs away from a residential nursing home to follow his dream of attending the professional wrestling school. Whilst traveling he meets Tyler (Shia LaBeouf), and the two of them form an unlikely friendship. On the search for Zak is Eleanor (Dakota Johnson), a nursing home employee who has been charged with the task of returning Zak to the home. The three of them have many adventures along the way, and it’s ultimately a film about friendship and the power of companionship.

LaBeouf is his comedic best in this film but also demonstrates his ability as a more dramatic actor. Gottsagen is simply wonderful and he is a real dominating presence on-screen, it was a delight watching him and LaBeouf on their little raft sailing down the river. The film feels like an homage to so many classics from the New Hollywood era and has a timeless quality to it. Simply put, I was glad to see this film today and it really helped to lighten my mood.

Next up was “Monos” a film which is going to be a struggle to summarise if I am being honest. Although there was much to like about “Monos,” especially in regards to it grand, sweeping cinematography by Jasper Wolf which is the absolute definition of the term ‘breath-taking’ and is beautifully complemented by Mica Levi’s haunting score so full of dread and suspense that you’ll need a valium after listening to it. The film’s plot is as follows: Set upon a remote mountaintop setting somewhere in Latin America, Monos, a group of commandos identified only by their noms de guerre (alias), perform military training exercises while watching over a prisoner of war, Doctora (Julianne Nicholson) and a conscripted milk cow called Shakira. However, when disaster strikes, the group must disperse into the jungle where all hell breaks loose.

In a lot of ways, “Monos” reminded me of last year’s “Border” which was another film which I didn’t particularly enjoy. However, unlike “Border” which had a very formal structured and cohesive narrative, “Monos” is so surreal that it takes time to work out even the smallest of details. Information is never supplied to us, it’s hard to even tell whether this is taking place in our contemporary time or in some near-distant dystopia. If I have to sum “Monos” to you, it would be “Lord of the Flies on steroids” (and that’s not a good thing).

The final film of my day was Trey Edward Shults’s phenomenal “Waves” which swept me away (if you’ll excuse the pun). I previously mentioned by impressed by the cinematography in “Monos” but Drew Daniels’s cinematography in “Waves” is on a whole other level. The camera never stops and at certain points, you feel a touch of vertigo, but it’s so superbly executed that it elevated an already brilliant film to a modern masterpiece. In the Google description for “Waves,” the genre is stated as drama/musical but don’t go into this expecting “Mary Poppins” because this is a hard-hitting emotional rollercoaster that will knock you off your feet.

Tyler (a memorizing Kelvin Harrison Jr) is an 18-year-old nearing the end of high school with pressure from all angles. His relationship with his father (Sterling K Brown) is a little tense, especially as his father is very demanding and strict. Life seems to be going well for Tyler until he is suddenly faced with an injury which may result in his career in wrestling ending forever. However, it quickly turns out that the injury is the least of his problems when his girlfriend Alexis (Alexa Demie) drops a bombshell. In all honesty, “Waves” feels like two films in one, as midway through the film the focus switches to Tyler’s sister Emily (Taylor Russell) who is facing her own struggles. This is done so well that the narrative flows smoothly without the film ever feeling jarring.

I may have not been prepared for “Monos” but I certainly was not prepared for “Waves,” and I do think it’s a film A24 needs to push as an awards contender, especially in terms of Daniel’s cinematography and Kelvin Harrison Jr.’s performance. Anyway, that’s me signing off in order to catch up on some much-needed sleep, and I look forward to seeing what tomorrow brings in terms of festival fun!