Setting The Stage For The Dark & Epic Finale To “Stranger Things” 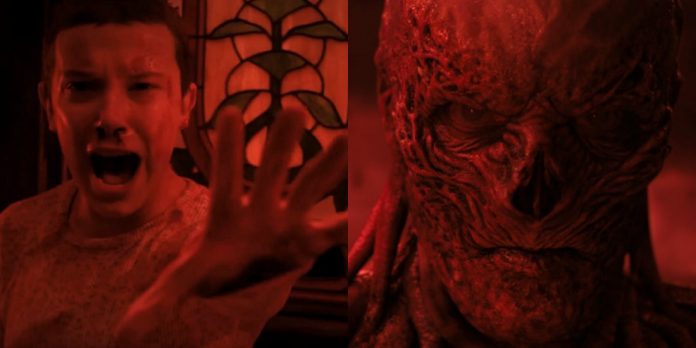 By Robert Dougherty
​
Tomorrow, on July 1st, “Stranger Things” will upload the second part of its fourth season to Netflix in a two-episode, nearly four-hour-long extravaganza that promises massive revelations, payoffs that have been years in the making, and devastating cliffhangers that will set the stage for the show’s final season. While this is likely to be the streaming TV event of the summer, the hype, anticipation, and set-up for it rivals that of many summer movies – chief among them “Avengers: Infinity War” over four years ago.

Though “Stranger Things” is a product of the 80s, it has become as much a blockbuster cornerstone for Netflix as the MCU is for Disney. In fact, between the cast of dozens of characters, the constant jokes and meta-humor, the PG-13 level of blockbuster thrills, and the rabid fan theories and Tweets over what might happen next, “Stranger Things” has become more of a Marvel-like entity with each passing season. As such, it is all too fitting that the show has now entered the “Infinity War” stage of its saga.

Like “Avengers: Infinity War,” the end of “Stranger Things” Season Four is being treated like a finale-level event, even though it is not quite the end. In both cases, it is the last step before the actual ending, with the true final battles between a plucky and sometimes superpowered group of heroes and enemies from another world. And considering how Vol. I of Season Four ended up, the parallels are bound to get deeper and darker from here.

By the time the MCU got up to “Avengers: Infinity War,” it was ready at long last to unleash the saga’s central villain after merely teasing him for years on end. Nonetheless, when Thanos finally arrived in person to collect the Infinity Stones himself, the divided and overmatched heroes against him throughout the universe never stood a chance. Of course, part of that was because it wasn’t the end yet, as they finally had to lose the Infinity War to prevail in the Endgame years later.

In the case of “Stranger Things,” its primary villain has been a place more than the creatures in it, as the Upside Down sent the likes of the Demogorgon and the Mind Flayer after superpowered Eleven and her misfit friends. But in Vol. I of Season Four, the Upside Down’s own personal Thanos appeared to have finally revealed itself, in the form of the nightmare-inducing Vecna. However, the last ten minutes of Episode Seven took things a step further, revealing Vecna – a.k.a. Henry Creel, a.k.a. Peter Ballard, a.k.a. “One” – as the original monster of both Hawkins Lab and the Upside Down.

Now that the creature who started it all has been uncovered after years of waiting, just like Thanos was in the MCU, the “Stranger Things” Season Four finale is poised for Vecna to unleash his ultimate reign of terror in the dream and waking worlds. Whether Vecna is the master of the Upside Down or just the general of the missing Mind Flayer, it’s questionable whether they will save his ultimate defeat for the final season.

Fans had better pray that they don’t, at least in the short term. If Vecna is allowed to win for now, or at least escape total defeat, then there will likely be some kind of body count in the process. Given that “Stranger Things” already reversed the supposed death of Hopper that ended Season Three, it seems likely that any significant death to end Season Four will probably stick.

In that ominous vein, the buildup to Vol. II of Season Four has become a macabre guessing game of who might get killed off before the final showdown in Season Five. No matter who it is, however, a lot of tears and anger are likely to swarm Twitter throughout the Fourth of July weekend. While a few characters are likely safe – like Eleven, the already “dead” Hopper, and probably Max, after all she’s already been through – most others could easily fit the bill of a heartbreaking sacrifice that would be avenged in the final season.

This is pretty much what the whole buildup of “Avengers: Infinity War” was as well, with nervous fans guessing and fearing for months which heroes would die. Such worry looked a little ridiculous in hindsight since all but two of the major characters who did die in that movie were snapped back to life a year later. While the original Avengers ultimately turned out to be safe, everyone else fit the bill of a heartbreaking sacrifice to be both avenged and restored in the Infinity Saga “finale” a year later.

The Avengers lost the Infinity War primarily because they didn’t do it together after “Captain America: Civil War” split them apart. This made “Avengers: Infinity War” juggle about ten different plot lines and locations at once, as each splintered group of heroes tried and failed to defeat Thanos on their own. In that context, “Stranger Things” Season Four has been impersonating “Avengers: Infinity War” from the start, with its own formula of juggling ten different plot threads and locations at once. And like the Avengers, Hawkins’s separated heroes have all been overmatched in their little groups so far and are unlikely to get back together to fix it before it is too late.

“Stranger Things” Season Three turned out to be the show’s personal “Captain America: Civil War,” as Hopper’s presumed death caused the Byers and Eleven to move away, leaving them divided and unprepared for their greatest threat. And while Vecna may not be able to deliver a Thanos-like blow to them and the world in Vol. II, whatever blows he does land may well be far more gut-wrenching and irreversible. But when he does, maybe that will be the catalyst to get everyone back together for the next time and do what they couldn’t do apart, as it was for the Avengers.

When the Avengers returned together, they ultimately used time travel in “Avengers: Endgame” as their greatest weapon, which would seem a bridge too far for “Stranger Things” to try. However, it may not be impossible since the latest look at the Upside Down revealed a parallel version of the Wheeler house frozen in 1983. Between that and how “Back to the Future” is one of the few 80s touchstones “Stranger Things” hasn’t lifted from yet, maybe some shenanigans in time could help wrap all this up, if not on an Avengers level.

“Stranger Things” isn’t entirely on an Avenger level of having a vast cinematic or streaming universe. But like the MCU, it has gotten bigger and bigger with each passing year, in both popularity and scope. In fact, both have drawn criticism that they might have gotten too big for their britches, between the overwhelming landscape of the MCU and the overwhelming run time of “Stranger Things” Season Four. To that end, it is all too fitting that the final episode of Season Four may be as long as “Avengers: Infinity War” on its own.

“Avengers: Infinity War” was the biggest and finally the most depressing event of the MCU to that date, just as the final episodes of Season Four might be the biggest and most heartbreaking of “Stranger Things” to date. If Marvel could bring together a large collection of beloved heroes, have them break apart right before a threat years in the making comes along, and have that threat seemingly destroy them for good right before one final battle years later, then it doesn’t bode well that Netflix and the Duffer Brothers have followed that exact formula perfectly thus far.

Will Eleven make a powerful and brutal sacrifice that ultimately gets erased, just as Wanda Maximoff did in Wakanda? Will Nancy Wheeler or even Steve Harrington be cruelly sacrificed beforehand, like Gamora was on Vormir? Will Hopper find his way out of Russia with Joyce and Murray but fail to go for the head somehow, like Thor didn’t after coming back with Rocket and Groot? Will long-suffering Will Byers suffer yet another loss and trauma that guts everyone, like with long-suffering Peter Parker’s disappearance on Titan? And will Vecna/Henry/One find his own little Upside Down farm to settle down in after accomplishing his mission too?

Answers of some kind will arrive on July 1st, even though many people will likely be sad, angry, or both at them. But the MCU faithful could take some comfort after “Avengers: Infinity War” since they only had to wait a year for “Avengers: Endgame,” and it was clear that much of Thanos’s victory would be reversed. On the other hand, the “Stranger Things” faithful will likely wait longer than a year for Season Five, with far less hope that it will make any devastating but perhaps inevitable ending to Season Four any easier.

What do you think of this latest season of “Stranger Things” so far? How do you feel heading into Vol II and into the final season? Do you think the show will score an Emmy nominations for Vol I on July 12th? Please let us know your thoughts in the comments section below or on our Twitter account.