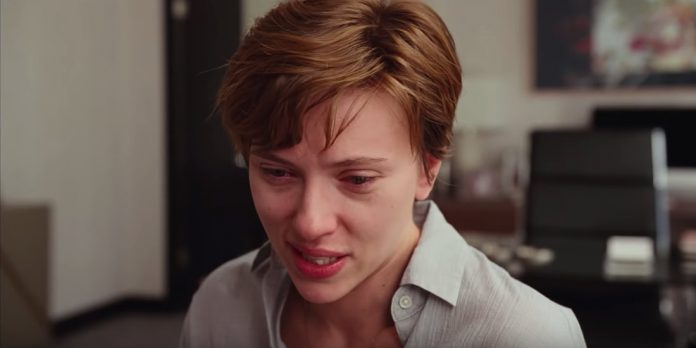 Every awards season, one of two actors finds themselves in a unique situation where two or more of their films receive award season buzz. It is not uncommon, but it’s certainly a pleasant surprise. Throughout the years, respected actors have found themselves in this position like Kate Winslet in 2009 (for her works in “The Reader” & “Revolutionary Road”) and newcomers such as Jessica Chastain in 2011 (“Take Shelter,” “The Tree Of Life” & “The Help”), Alicia Vikander in 2016 (“Ex Machina” & “The Danish Girl”). This year, one of the actors to find themselves in a strange yet exciting position is Scarlett Johansson, who is projected to earn her first Oscar nomination.

This season, Johansson has two incredibly strong films that could secure her first Oscar nomination. She’s campaigning in both supporting actress for Taika Waititi’s “Jojo Rabbit” and leading actress in Noah Baumbach’s “Marriage Story.” Both films have earned critical praise in their respected festival circuit runs where Johansson has been singled out for career-best performances. If everything plays out the way Oscar predictors are saying, Johansson could easily be walking this Oscar red carpet as a nominee.

But exposure is exposure after all and Johansson made herself the Hollywood starlet of the 2000s. She stared in 15 movies from 2004 to 2009 that ranged from coming-of-age comedies like “The Perfect Score” to sexy dramas like “Match Point.” Johansson was on the path to becoming what every actress aspired to me: a movie star. People weren’t just going to the cinema to see the movie; they were going to see her. But even in the movie stardom that Johansson gathered, she found herself locked in the ‘hot leading lady’ box. Audiences, particularly the male audience, seemed more interested in her blonde hair, deep voice, and curves over her acting talent. For most of her twenties she, like many other young starlets in Hollywood, suffered from playing the hot girlfriend or femme fatal in most studio films. It wasn’t until 2013, at age 29, where Johansson finally went back to her subtle roots in Jonathan Glazer’s “Under the Skin.” But the main take away from that film for many was still Johansson’s nudity and seductive nature.

For some reason, it took Johansson to be completely off-camera for the world to see her as an actress and not a pretty face. In more ways than one, Spike Jonze’s “Her” served as an opening of a new chapter in Johansson’s career. She plays an operating system, Samantha in the film that is physically just a headphone. The audience never sees Johansson’s face yet just like Theodore in the film, they can’t help but fall in love with her. As an operating system, Johansson re-entered the Oscar race once again, but this time for a voiceover performance. The main question was if Johansson could be the first actor to be nominated for a voiceover role? Throughout the film’s festival circuit, Johansson was praised for her work and was even awarded Best Actress at the Rome Film Fest. A nomination seemed unlikely, but if a voiceover performance could break that glass ceiling, this was the one. But again, come the morning of nominations, “Her” was nominated for five Oscars including Best Picture and won Best Original Screenplay, but Johansson was once again nowhere to be found. For some reason, it seemed that Johansson found herself involved in overall strong films with overall strong performances but was always left off the ballot.

That is until, hopefully, this year. At the age of 34, after 25 years of professional acting, 16 years since her BAFTA win, one Tony Award, four Golden Globe nominations, being named in Forbes’ list of top-paid celebrities five times, the world’s highest-paid actress of 2018, highest-grossing actor in 2016, and overall, the third highest-grossing actor of all time, Johansson is back in awards season and is more than ready to be an Oscar-nominated actress. With both “Jojo Rabbit” and “Marriage Story,” this year can easily be Johansson’s year (it also helps she starred in the biggest movie of all time: “Avengers: Endgame“). These two films are both very different. One is a World War II anti-hate satire and the other is a drama about love and loss, but have both achieved critical acclaim during their festival runs with critics praising Johansson across the board. But yet again, Johansson has been in this position before.

It is quite possible for history to repeat itself and have one or both films receive several nominations and leave Johansson off the ballot yet again. But something tells me this year is different. Scarlett has proved herself time after time over these last 20 years that she’s no longer the sexy girl. Both “Jojo Rabbit” and “Marriage Story” allow the world to see different sides of Johansson we knew she had, but perhaps just forgot about. In addition, to be strong and beautiful, Scarlett has a deep love and understanding of acting that brings about complicated, raw, and vulnerable performances. She holds the screen with confidence and demands attention. Even in a film’s uncomfortable moments, we can’t look away and judging by that and the universal praise for “Jojo Rabbit” and “Marriage Story,” it seems that Scarlett Johansson will finally get that nomination she deserves.

Who do you think is winning Best Actress & Best Supporting Actress this year? Do you think Scarlett Johansson is receiving her first Oscar nomination this year? if so, in which category? Let us know your thoughts in the comments section below or on our Twitter account.