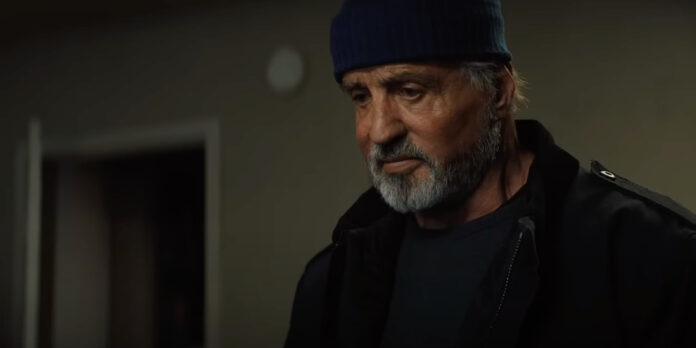 THE STORY – A young boy learns that a superhero who was thought to have gone missing after an epic battle twenty years ago may in fact still be around.
​
THE CAST – Sylvester Stallone, Javon Walton, Pilou Asbæk, Dascha Polanco & Moises Arias

​​​​We’re reaching the point where every film seemingly must center around superheroes in order even to be made in the first place. This intersection of uninspired storytelling and market-driven subject matter has led to “Samaritan,” the latest movie to try and grab the attention of viewers scrolling through their streaming services. While there is some charm to be had thanks to the chemistry of the unlikely duo at the film’s center, it can’t make up for the ambiguities and lack of clarity that define the rest of this routine undertaking.

Sam (Javon “Wanna” Walton) is a teen growing up in the crime-riddled Granite City. While his mom (Dascha Polanco) struggles to make ends meet, Sam starts to find himself drifting towards a life of crime to help her out. At the same time, he begins to suspect that his hermit of a neighbor, Mr. Smith (Sylvester Stallone), or Joe, might be more than he appears. Sam is obsessed with finding out whether a local superhero vigilante named Samaritan – who was supposedly killed decades prior in a fight with his twin brother Nemesis – is still alive and living in the shadows of his city. Clues seem to point to Joe himself being the long-lost hero.

As the heart of the movie, Walton is a compelling presence. Resting a big film on a child’s shoulders is always risky, but luckily this performer can carry the burden with magnetism and pathos. His most frequent scene partner is Stallone, and the two have an easy and believable rapport that reflects their quick bonding, despite the decades of age difference between them. Stallone is, of course, a pro who knows how to command a screen without hesitation. And while he has a captivating presence, his performance is a bit one-note and doesn’t carry the layers of buried meaning that he’s brought to past work, such as his Oscar-nominated turn in “Creed.” However, this may be more the fault of the shallow writing.

Speaking of, the screenplay for “Samaritan” is the film’s biggest roadblock on its journey to create a worthwhile time at the movies (or rather, on the couch). It’s unwise to hit play on a movie like this expecting subtlety and elegant storytelling, but even by low standards, “Samaritan” is unfathomably broad and non-specific. The gritty metropolitan setting shows a city entombed under vague trappings of urban decay. An endless barrage of news clips constantly reminds the audience that homelessness and evictions are rising and tensions are high without further examination. At times, it seems like a parody of the grim, brooding environs that many caped heroes inhabit in other movies. It’s not much of a surprise, then, when the main villain Cyrus (Pilou Asbæk), is shown to be a devoted fan of Nemesis only because he seems to crave chaos and a vague sense of control. His motivation is underexplored, and he just feels evil for the sake of the film needing an antagonist. Beyond that, the talking points he employs to somewhat explain his mission and rally supporters feel plucked from the headlines in the laziest way. He espouses grievances that are reminiscent of watered-down and corrupted talking points frequently employed by justice and equality-seeking movements of the current era. Namely, mentions of the corruption of the police force and the general wealth disparity found in modern society are tossed off, seemingly to give the film some contemporary relevance. Instead, the writing just comes across as hollow and obvious in its intentions.

Side characters feeling undeveloped is one thing, but it’s a significant problem if a film’s most interesting figure is similarly unexamined in terms of what makes him special. Most egregiously, Joe’s powers are only given a routine explanation – he’s super strong and nigh-indestructible. Combine this surface-level characterization with a general lack of backstory besides “he helped people,” and it’s hard to know why the audience should care about this supposedly heroic figure. It’s not dissimilar from how many Marvel protagonists have abilities that can be summarized as “they shoot lasers.” Still, at least those movies do a better job of fleshing out their heroes as people (whatever species they may be or planet they may hail from). A twist in the latter portion of the film gives the appearance of adding depth to Joe, but it becomes clear that it doesn’t significantly contribute to the story or mean much when given a moment’s thought.

Credit should be given for the way “Samaritan” understands precisely what level of movie it is – a mid-tier streaming film with the dressings of a blockbuster. As such, its stakes stay low and only affect a small number of people, compared to the universe-sized scope of some of the bigger theatrical superhero films. Plus, it wisely holds back on using excessive CGI, which would likely only make the film look cheap. Still, none of this can make up for a flat screenplay that lacks profundity and, worst of all, wants to pretend that it has depth.