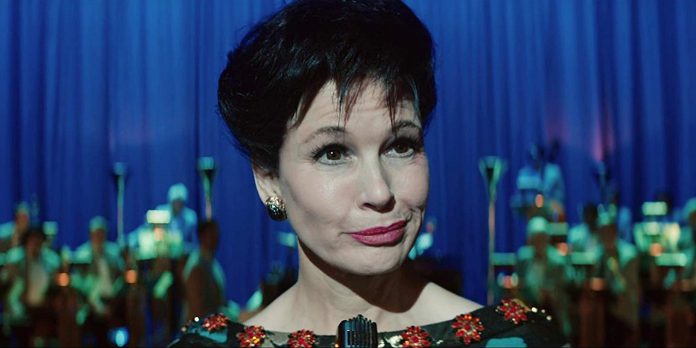 Renée Zellweger is on her way to winning her second Academy Award. Her portrayal of Judy Garland in “Judy” betrayed the odds in a post-Glenn Close Oscar world of awards predicting. Zellweger has won at the National Board of Review, Golden Globes, Critics’ Choice, Screen Actors Guild, and now the BAFTA awards. In addition to Best Actress, “Judy” has been nominated for Best Makeup/Hairstyling at the Oscars. Zellweger and “Judy” have over-performed, surprising the skeptics who were uninspired by her central performance and who were explicitly put-off by the film itself.

I have written extensively about my confidence in Zellweger’s trajectory toward the Best Actress Oscar this season. She ascended to high critical and audience praise for her performance out of the Telluride Film Festival. To me, it felt as though the race for Best Actress and, frankly, Best Actor (for Joaquin Phoenix in “Joker”) were over before they even began. Critics always do their own thing, but once the televised awards hit, Zellweger and Phoenix seemed inevitable at all of the five big ceremonies. Both performances are larger-than-life and are portraits of culturally significant characters. I never thought they were going to lose (as I stated in a piece back in October) despite some overly confident predictions that the “Marriage Story” duo would overtake Zellweger and Phoenix. In retrospect, Scarlett Johansson and Adam Driver proved to be the Lady Gaga and Bradley Cooper of 2019.

I personally love and objectively respect the performance Zellweger gives in “Judy.” Zellweger doesn’t re-create the art of acting in “Judy,” but rather simply refines it to perfection. In fact, Zellweger’s performance is triumphant, one which actors across the globe should look up to in order to see a perfected example of this craft. Her Judy Garland is a lived-in interpretation, not an impersonation. Zellweger fuels her studied version of the ill-fated Hollywood icon emotionally and physically. Every decision she makes as an actress is precise. It’s the type of performance that only comes around every so often, like Cate Blanchett in “Blue Jasmine” or Daniel Day-Lewis in “There Will Be Blood.” Zellweger deserves to win Best Actress for “Judy.”

The source of the problems most have with Zellweger’s performance as the frontrunner stems from the quality of “Judy” itself. I find the pessimism about the overall film to be unnecessarily intense. “Judy” isn’t as flawed, in my opinion, as other films that have won and been nominated in the Best Actress category in the past 20 years. In 2003, the Academy awarded Zellweger the Best Supporting Actress Oscar for her riotous, colorful Ruby Thewes in “Cold Mountain.” That win has struck a divisive cord with people invested in film awards as well. Personally, it was always my favorite performance of hers prior to “Judy.” So, “Judy” will be her second trophy from the Academy, and it will be the second time a portion of film followers are divided about a Zellweger win.

If Zellweger goes on to win the Oscar, I would argue we are seeing the beginning of a wave of prominent actresses in the 2000s begin to circle a lap and head in for their second career Oscar trophies. Other examples of this could be people like Kate Winslet, Nicole Kidman, and Charlize Theron. I’m a bit surprised the cards worked out in Zellweger’s favor to come before these other actresses who have been extraordinarily active while Zellweger took a hiatus.

Some have also suggested that there are simply more “creative” performances by actresses in leading roles, without characters that colored outside the box. By a measurement of uniqueness, Zellweger delivers more of an expected characterization. But I would argue we should judge the basis of a performance on the skill involved to create and live the character, and on the basis that no one in 2019 can compete with what Zellweger managed to deliver. She erects a monument, and she deserves to be acknowledged for that proficiency and expertise in this art form.

Check out our latest Oscar predictions and let us know your thoughts in the comments section below or on our Twitter account.