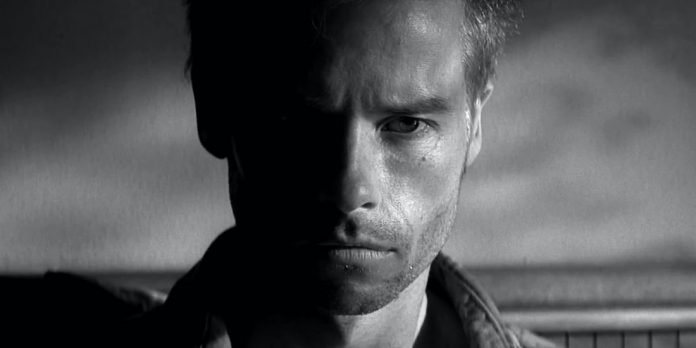 Time has been the central preoccupation of Christopher Nolan’s filmography, whether through literal ticking clocks or his frequent use of non-linear narratives. The passage of time is inevitable, but the perception of time is ephemeral and prone to such human errors as delusion and overestimation. Things are never how we remember them to be, and Nolan has carved out one of Hollywood’s most successful careers by exploring these crucial differences in the science fiction, superhero, and war genres.

Nolan’s upcoming film, “Tenet,” will add another panel to his man vs. time mosaic, tackling ambitious concepts like time inversion and communication with the future. We’re all curious to see what the director will do with this premise, and to what lengths he will indulge his stylistic trademarks; but seeing as we here in the U.S. have time to kill before the release date, we’ve decided to look back at the film that introduced his fractured perception to the mainstream: “Memento” (2000).

“Memento” is the rare film that’s easy to explain yet difficult to follow. It’s a mystery told in reverse chronology, meaning the end is the beginning and the beginning is the end. There are disconnected black-and-white scenes interspersed throughout, but the timelines sync up by the end of the film, resulting in a complete narrative. It’s the sort of gimmickry one would expect from a modern film noir given the style’s propensity for misdirection and unreliable narrators. That said, “Memento” is not a piece of flashy nonsense. Nolan and his brother, Jonathan (who penned the original short story), artistically justify the unorthodox structure by aligning our perspective with that of the main character.

Leonard Shelby (Guy Pearce) is a former claims investigator who suffers from anterograde amnesia or short-term memory loss. He’s incapable of forming new memories, and the last thing he can recall is the death of his wife at the hands of two masked attackers. Despite his handicap, he continues to search for the killers through an assortment of photos, tattoos, and handwritten reminders. Leonard’s short-term memory forces him into each scene without knowing how he got there, much like the viewer. This constant uncertainty has a twofold effect. 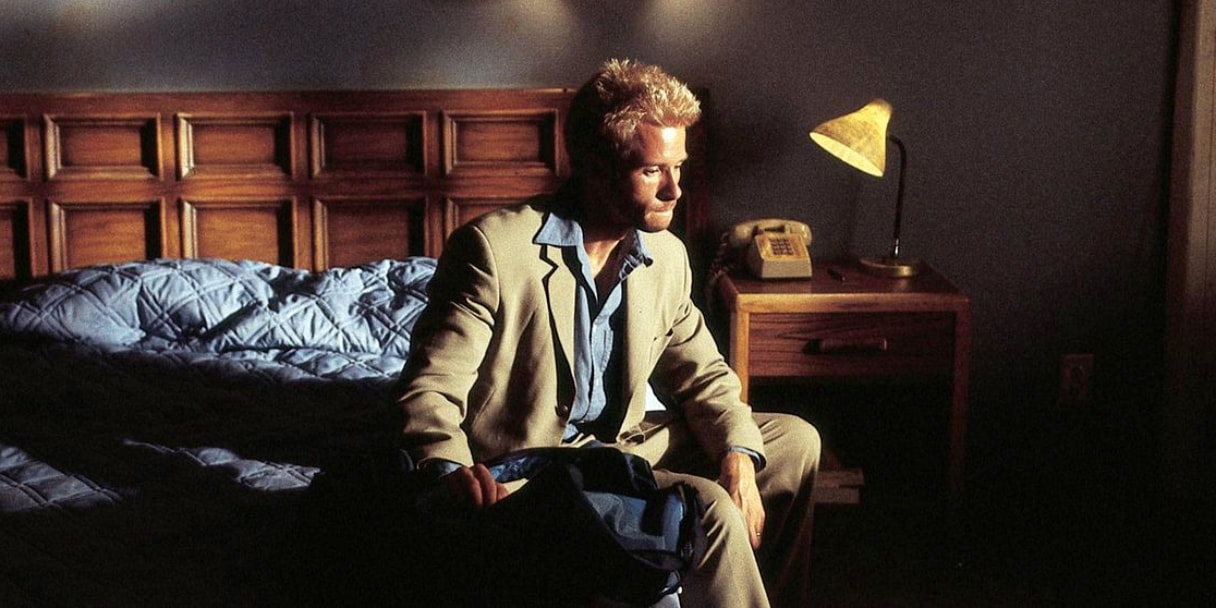 Firstly, it forces the viewer into the role of detective. Just as Leonard is forced to rely on context clues, we’re forced to question the validity of his discoveries and the accuracy of the notes he’s left behind. In an early scene, Leonard goes on a diatribe about the importance of evidence over memory and how the latter is often an unreliable source. He urges his co-conspirator, Teddy (Joe Pantoliano), to agree that hard facts are the only thing needed to find his man, but the longer he goes on, the more it seems as though he’s trying to convince himself. As the film progresses, we realize that evidence can be just as easily manipulated as eyewitness testimony and the insular system that Leonard has created crumbles under its own logic.

The characters that Leonard interacts with – Teddy and the enigmatic Natalie (Carrie-Anne Moss) – reference past events and conversations that don’t appear until later in the film. Leonard will occasionally catch them in a lie, which opens up the possibility that everything they say (and will say) is untrue. Frustratingly, he forgets these instances before he can capitalize on them, and the characters are able to continue with their charade. In one chilling instance, Natalie taunts Leonard, calling him a freak and telling him that she’s going to use him to kill someone. Because she’s hidden the nearby pens in her purse, he’s unable to make a note for his future self. Minutes later, they’re back on the same team. It’s here that Nolan revamps the riddle about the tree falling in the woods and asks, “If you only believe in lies, does the truth really matter?”

​Leonard’s predicament also touches on the importance of time in relation to mourning. He can recall every detail of his wife’s death, but he’s so disconnected from the rest of the world that he can no longer tell how many years have passed or how many nights he’s spent combing through her belongings. The desire for revenge is what keeps him going, but his inability to experience the flow of time means that he will never be able to move past his trauma. The worst experience of his life will always be his freshest memory. The symbiotic relationship between pain and purpose is explicit in most of Nolan’s films (see: “Batman Begins,” “The Prestige” & “Inception”), but here, it becomes an unending, existential loop.

Nolan’s aesthetic choices allow “Memento” to have a metatextual dialogue with classic film noir, which is to say, the memory of Hollywood itself. This is especially true during the black-and-white scenes, where the extreme camera angles and expository dialogue are meant to evoke the mood of amnesiac noirs like “Somewhere In the Night” (1946) and “The Crooked Way” (1949). The black-and-white scenes initially contrast with the modern spin of the main narrative, but their eventual fusion plays into the theme of lost time. The finale (aka the opener) sees Leonard take a snapshot of his supposed target, and while it develops, the frame transitions from black-and-white to color. It’s a transition that takes a couple of viewings to notice, but it’s an inspired touch nonetheless as it utilizes the blurring of cinema’s past and present to illustrate the character’s warped view of his own past and present.

The aforementioned finale calls everything we know about Leonard into question, and it’s delightfully ironic that our bafflement coincides with one of the character’s few moments of clarity. Were his past memories false? Did he exact revenge and let himself forget? Nolan pulls one of his cagiest directorial tricks to date by forcing us to question our memory and our perception of the preceding 100 minutes. The pieces are obvious or maddeningly ambiguous, depending on what you believe. In the ominous words of Teddy, it’s “a puzzle [we] could never solve.”

The critical and commercial success of “Memento” has been overshadowed by the onslaught of blockbusters that have preceded it, but to some (myself included), the film remains among Nolan’s finest achievements. It’s a film about time, and it has rightfully stood the test of time.

​What are your thoughts on “Memento?” Are you excited for “Tenet?” Let us know in the comments section below or on our Twitter account.