The Next Best Picture Podcast – “Birdman” 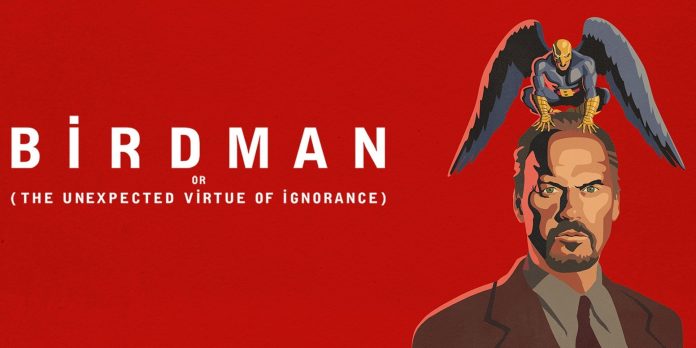 We have come to the Best Picture winner of 2014 in our retrospective. “Birdman” led the Oscar nominations with a tying 9 nominations and also tied for the amount of wins, winning Best Picture, Best Director, Best Cinematography and Best Original Screenplay. How well does the film hold up after such a successful night at the Academy Awards? How have its themes aged? Do the performances still hold up? What do we think of Alejandro G. Inarritu’s storytelling and Emmanuel Lubezki’s cinematography. Join myself, Nicole Ackman, Josh Parham, Dan Bayer and Patreon guests Charles Bright & Jason Woods as we discuss all of this and more for two and a half hours. Also be sure to check out our other 2014 reviews of “Selma,” “Ida,” “Foxcatcher,” “The Grand Budapest Hotel,” “Wild,” “Inherent Vice,” “Whiplash,” “The Imitation Game,” “Nightcrawler,” “American Sniper,” “The Theory Of Everything,” “Interstellar” & “Boyhood.”
​
This is a preview of the podcast, the full version of which is only available to those who subscribe to us on Patreon. For the small price of $1 a month, you can receive this review along with other exclusive podcast content, so be sure to subscribe here.
​
Thank you so much for listening. You can subscribe to the Next Best Picture Podcast on SoundCloud, Apple Podcasts, Spotify, Stitcher, GooglePlay, Tunein, Player FM, Acast & Castbox or you can listen down below. Please take a moment to review us on Apple Podcasts here.

Share
Facebook
Twitter
Copy URL
Previous article
Will We Ever Be Able To See A New Comedy Film In A Movie Theater Again?
Next article
“THE UNFAMILIAR”