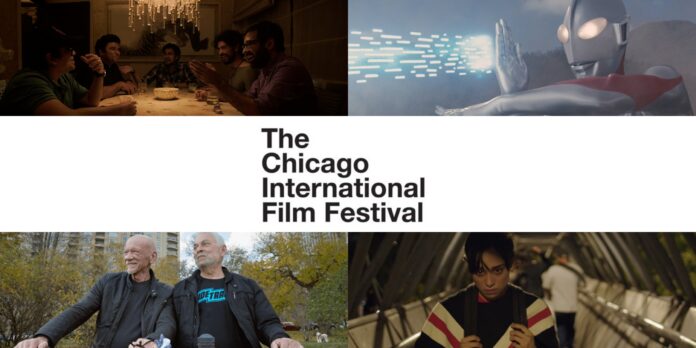 It’s that time of year again when the multitude of new cinematic releases on the horizon get their first debuts to critics and audiences. It’s a vitally important part of any film calendar, not just awards campaigns, as many talked-about titles are finally available to be seen and discussed. What’s also exciting about this moment in time is having regional film festivals also join in on the discussion. Not having the highest of profiles does not mean there aren’t enticing experiences to be had, both with previously reviewed titles and undiscovered gems. That is exactly the platform the Chicago International Film Festival provides, and its 58th year of celebration showcased many great artists and their work. This is but a small sampling of a handful of movies I managed to seek out. 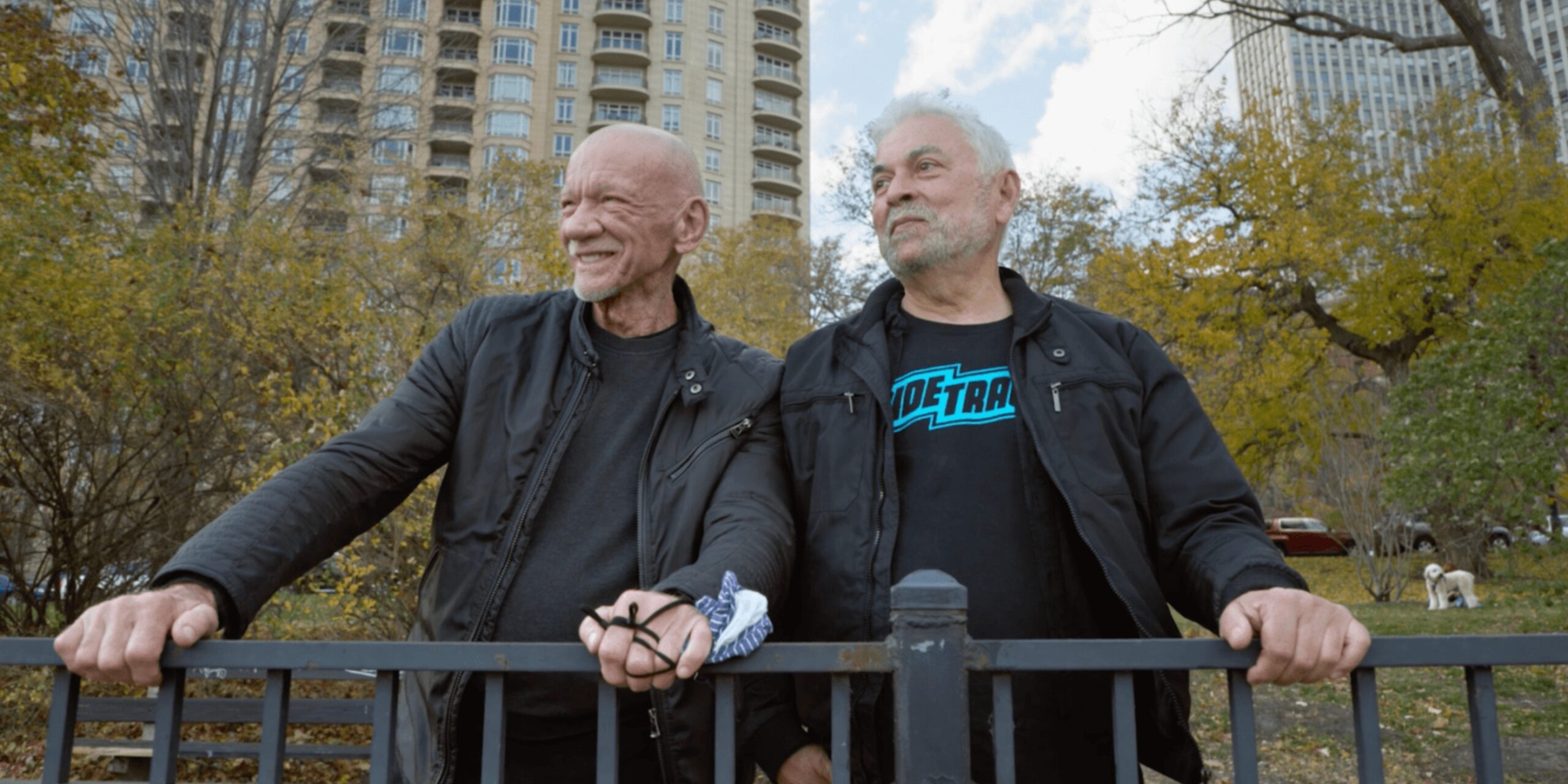 Every festival will have a selection of films that aim to highlight the local landscape, whether that be the general setting or the filmmakers themselves. One such offering was the documentary “Art and Pep,” which examines the history of the well-known Chicago gay bar Sidetrack. First opening in 1982, owners Art Johnson and Pepe Peña tell their story of not only the journey taken to operate such an establishment but how they also found themselves at the intersection of many civil rights battles and continue fighting to this very day.

At the center of this piece is, first and foremost, an endearing love story between two men who came to share their lives and business together. One is immediately taken with their relationship, and there is a compelling persona both of them exude. The sweet moments are balanced nicely against the fierce activism that journeys through the height of the AIDS epidemic all the way to the Black Lives Matter protests in the summer of 2020. In doing so, there’s also a direct comparison made to past and present health crises and the vital work needed to support the community.

The film’s one major fault, however, is its structure. The narrative jumps around frequently and never has a solid through-line to follow. The storytelling ends up feeling shaggy and loose in a manner that could’ve been better. Still, director Mercedes Kane provides a warm and inviting showcase of an important piece of communal history. While the execution is not extraordinary, it’s also difficult not to be moved by the tales of those involved. 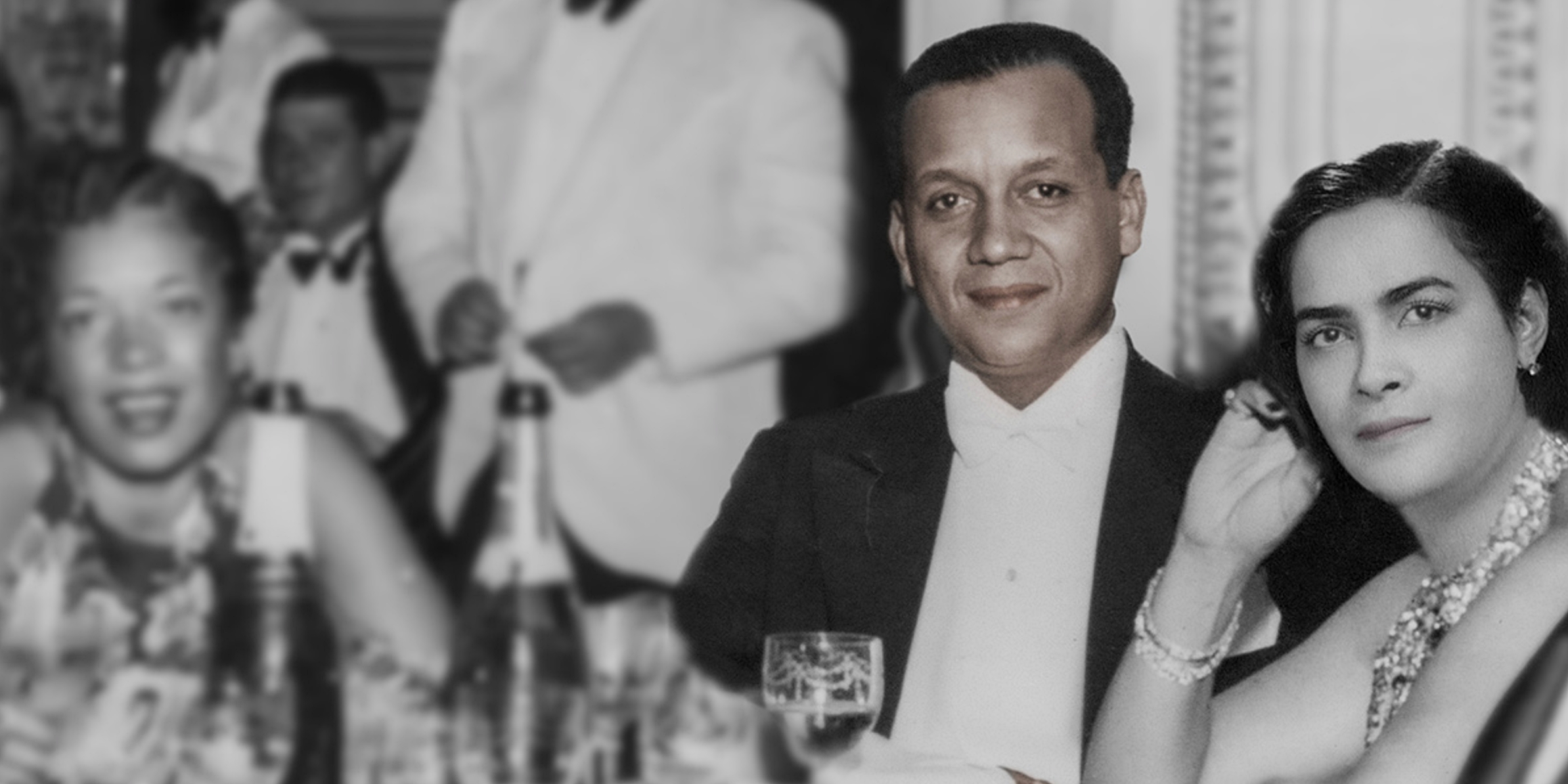 Another analysis of local history being offered was found in “King of Kings: Chasing Edward Jones.” This account looks into the past to unveil the story of Edward Jones, one of the most affluent and influential Black Americans of the 20th century. The film traces Jones’s history to his arrival in Chicago and quickly establishing himself as the operator of the Policy system. This illegal racketeering scheme is the basis for what is now known as state lotteries. As his power and notoriety grew, so did the targets from high-level mobsters and government enforcers. Now, Harriet Marin Jones, one of his many granddaughters, seeks to connect the distant familial ties and create the full portrait of a man whose story deserves more recognition.

There is no doubt that at the heart of this film is an intriguing story. The uncovered escapades of Jones’s life are entirely captivating at their core, and one is enticed to keep digging. Unfortunately, the filmmaking itself does not indulge in this intrigue properly and instead showcases a mundane and banal presentation. The historical context provided to frame the story is basic information, and the narrative’s scope needs to be wider and more robust to be wholly engaging. In truth, the discussions feel padded to artificially add length, and the meandering corners are frustrating to endure. Things can occasionally focus on the more specific details, which are most certainly the stronger aspects. However, in totality, the results are hollow and laborious, despite the alluring subject matter. 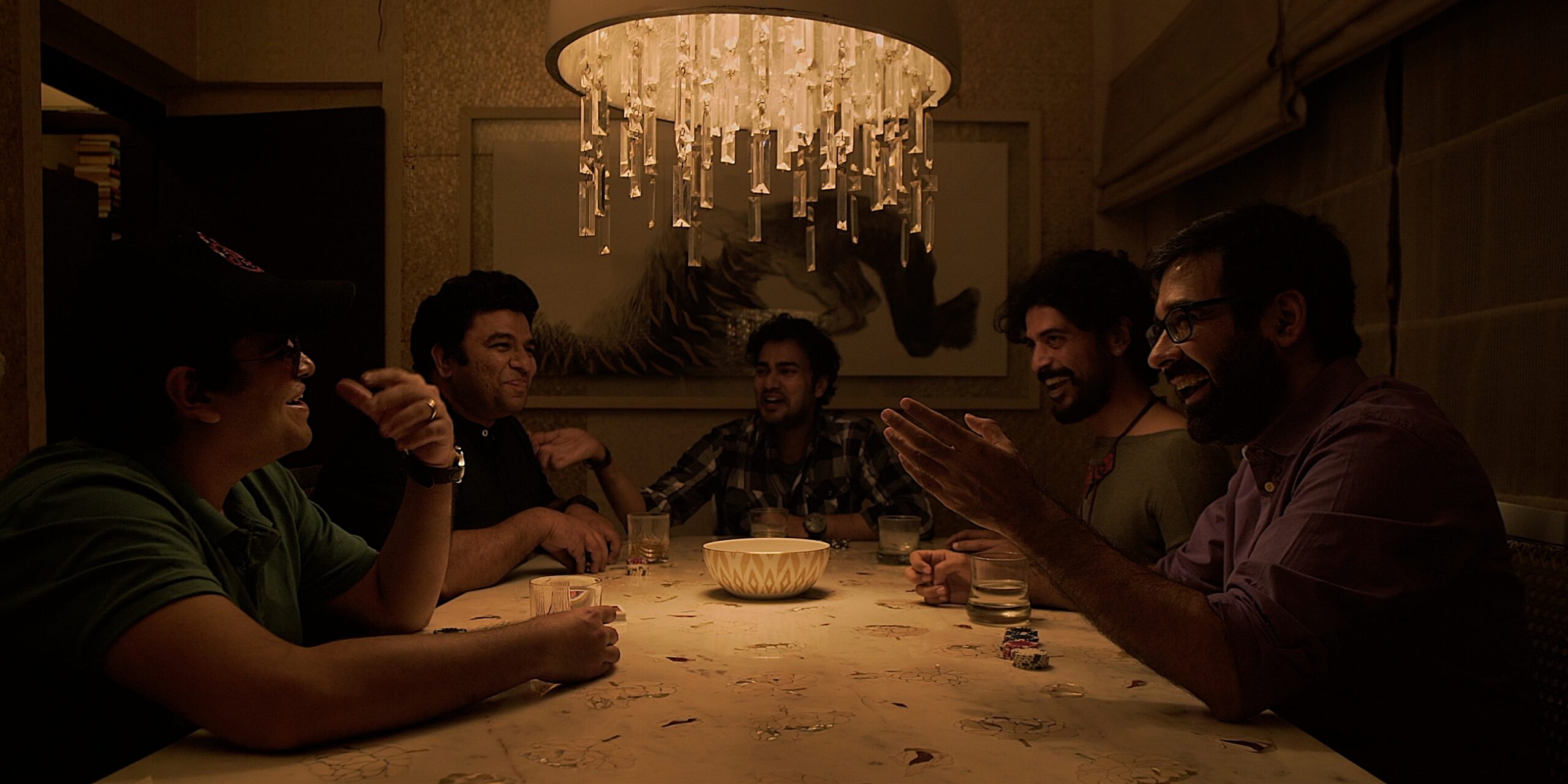 Festivals can also be a wonderful opportunity for discovery, a time to seek out smaller works from lesser-known filmmakers who still have interesting stories to tell. “Fairy Folk” is a little film that centers on the relationship between married couple Mohit (Mukul Chadda) and Ritika (Rasika Dugal). When besieged by car trouble one night, they come across a mysterious naked figure, completely bald and missing genitalia. This silent being follows them home and forces the couple to determine how to adapt to such a strange situation. Eventually, this entity transforms into entirely different people, forcing them to reflect on their unanswered desires.

Writer-director Karan Gour creates a provocative premise that first introduces an enigma that is riveting to solve. This soon gives way to a deep exploration of the nature of romantic relationships and a sense of identity. The film openly plays with notions of gender and sexuality, and the commentary that peers into a complicated dialogue of self-reflection is engaging. Truthfully, however, the analysis only goes so deep, at least when concerned with the low-stakes nature of its plot. This is also not helped by the primarily bland filmmaking, even though it has moments of nice character intimacy. One is often invested, but the mechanics propelling the momentum often feel like the wheels are spinning.

Chadda and Dugal share a fine chemistry with one another, making their partnership appealing to witness. Both capture a nuance that informs their characters well and makes their portrayals come across in an earnest manner. The best asset among this cast is Asmit Pathare, who plays one of the shape-shifted forms that complicates this delicate situation the most. The character itself has the most depth to work with, and Pathare has an utterly magnetic presence that draws you into the nuanced emotion at play. It’s a subtle yet endearing performance that perfectly matches the tone at large. The film exists more as a testament to vibes and ideas rather than a concrete narrative. Yet, even flawed, it is fascinating at many points still. 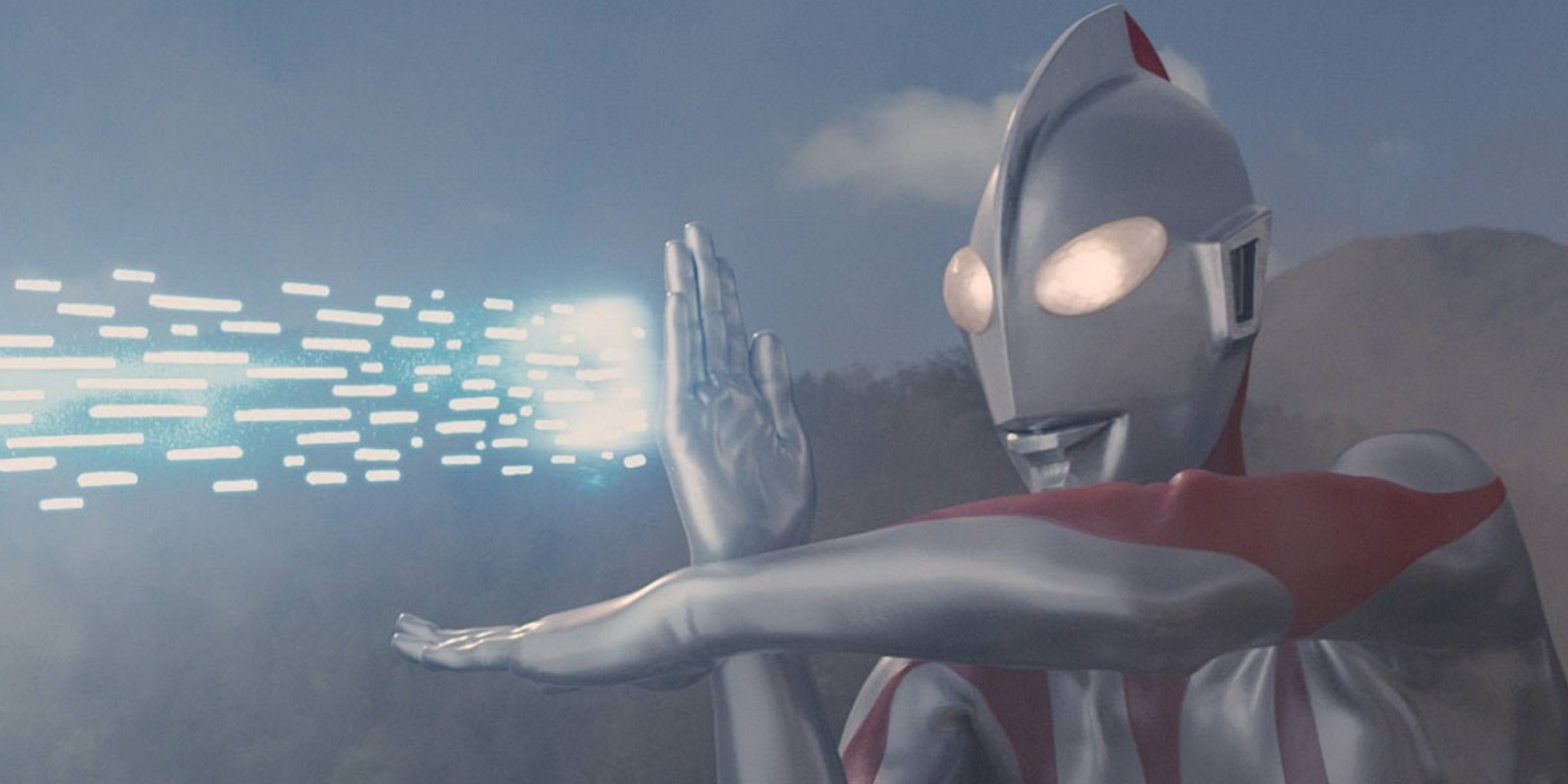 Even though one appreciates moody character studies, getting the chance to see something that goes all in for a tone more interested in levity can be alluring. This rings especially when such offerings can be few and far between in such spaces. “Shin Ultraman” absolutely looks to indulge in the latter element. Taking inspiration from the 1960s television show, the setting is Japan, which is constantly rocked by attacks from giant monsters bent on destroying large sections of the country. An entire division is created to oversee this activity, and their observation of one attack from one such dangerous monster sees the arrival of a giant humanoid creature, bathed in silver, that seems invested in fighting these demons and protecting human civilization. A more insidious plot is uncovered, and the world’s fate soon rests in this powerful being’s hands.

If one is familiar with “Shin Godzilla,” there will already be a sense of what this particular film aims to deliver. Director Shinji Higuchi has a clear affinity for taking these Japanese properties with meager production value and providing a modern adaptation infused with the same intention as the original incarnation. The visual effects are by no means state-of-the-art in this film, but their designs are charming and capture the spirit of watching an episode of the old series. The classic sound work also contributes to this, which often compensates for the manic over-direction and disjointed narrative. The characters are flat but overall endearing, even though many might wish the “Drive My Car” star Hidetoshi Nishijima had more to do. One’s mileage may vary depending on familiarity with the source material, but even absent that knowledge, the set pieces are entertaining. The structure on which this enterprise is built upon is overstuffed and shallow, but it soars in the right places where required. 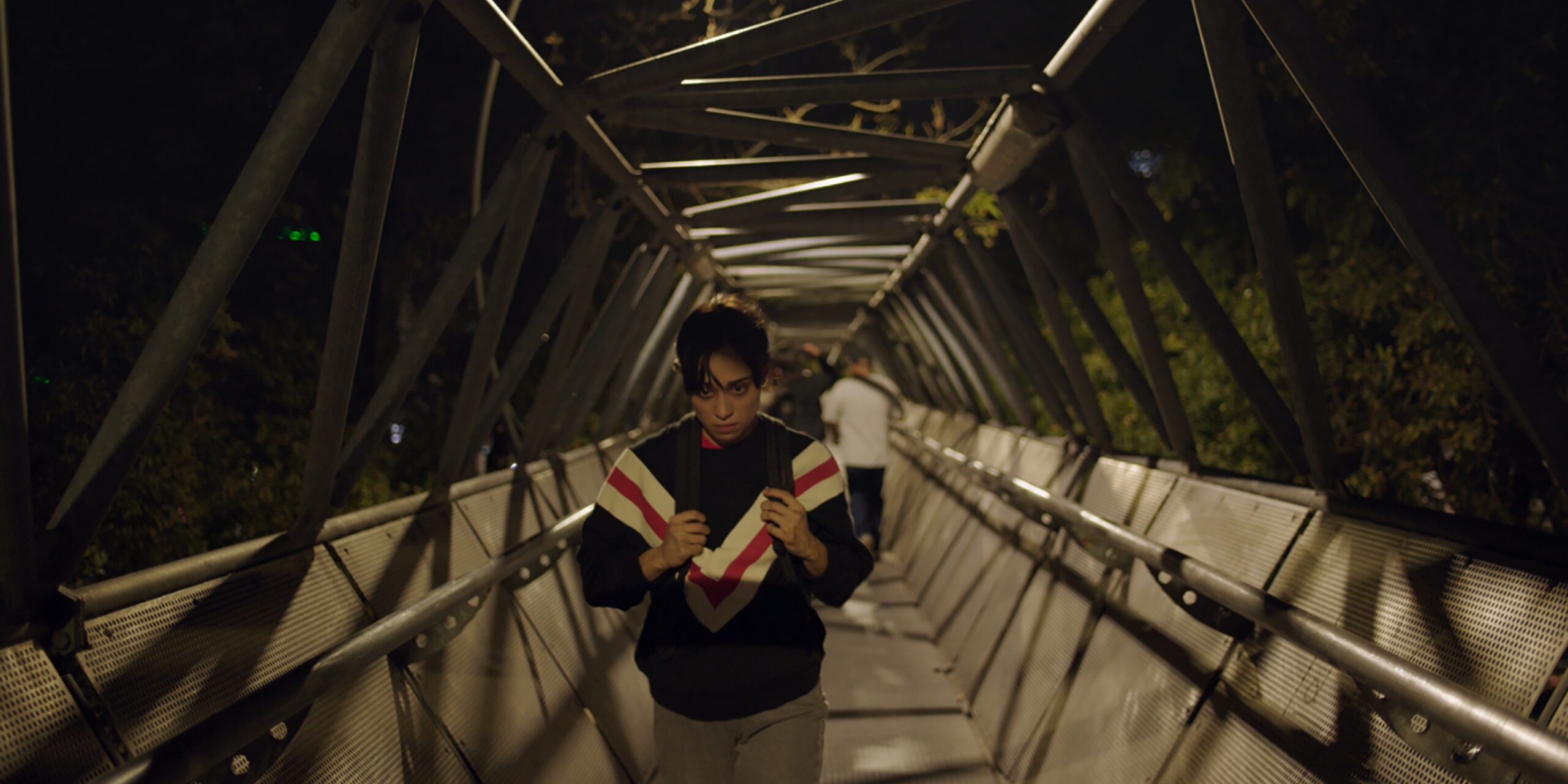 Horror is often cited as a genre with so much potential to showcase engrossing storytelling packaged within a mesmerizing character study. That is most certainly at the heart of “Huesera,” a moody piece that focuses on Valeria (Natalia Solían) and her difficult journey to finally become pregnant. At first, both she and her husband are thrilled after previous difficulties with conceiving. However, it isn’t long until Valeria is haunted by dark visions of a horrific entity stalking her. As the images become more vivid, so do her actions that cause concern for those around her. She is convinced that a curse must be lifted to drive this evil spirit away before it consumes her entirely, body and soul.

It is highly commendable how Michelle Garza Cervera crafts an atmospheric tone that delivers on being genuinely frightful. The filmmaking utilizes the surroundings to create unsettling imagery that is highly effective in its creepiness. This is all in service to a fascinating commentary on the nature of pregnancy and motherhood, exploring both the mental and physical anxieties that can manifest in such a state. There are real-world horrors that are seen through the metaphor of this specter, and the filmmaking boldly analyzes this in a thrilling manner. While the edit has occasional awkward bits, and some characters are weaker than others, the presentation successfully establishes an unnerving aura that is quite persistent.

Another great achievement of the film is undoubtedly Solían’s performance. The phycological torture this character must endure is perfectly realized in her portrayal. The tension is so vibrantly housed in every expression, but there is also a physicality that is illustrated as well. Her body can contort and constrict in ways that are uncomfortable to watch, with the assistance of an effective sound design, but only draws one more into the fractured emotional state of this woman. It’s a commanding turn that is in perfect harmony with the overall tone. This portrayal is the centerpiece of a film that conceives authentic relationships between characters and a thematically deep premise, all while also constructing a legitimately terrifying and enthralling experience.

One can always expect a wide range of encounters at the Chicago International Film Festival. The small selection being discussed here is only but a fraction of the fantastic collection that is included every year. From an Oscar watcher’s perspective, there are plenty of contenders in several major categories, notably a healthy handful of films vying for spots for the International and Documentary Feature awards. Having the ability to see these pieces can be a rare convenience for many, and this festival is a great hub to bring together all those who are passionate about cinema. Here’s to many more fantastic lineups to devour in the future.

Have you seen any of these films yet? If so what did you think? Have you ever been to the Chicago International Film Festival before? Please let us know your thoughts in the comments section below or on our Twitter account.