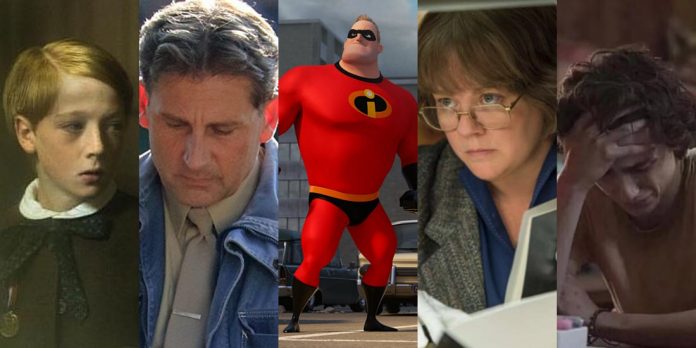 A new addition we will be bringing to the podcast (For our Patreon subscribers) in the off season as we prepare for the upcoming awards season is a sort of “book club” which we will be calling Next Best Adaptation. We are asking you from now until April 7th to head over to the poll page and vote on the source material you want us to read and discuss on the podcast (Some are sequels to other films, or based on shorts or in one case, a television mini series) as we anticipate the adaptation which will be coming later in the year. We will be selecting the Top 3 Books and we will be reading that book and releasing our podcast review on it every other month. Should a film based on a short or any other form other than a book land in the top 3, we shall review that as well. Regardless, three books shall be read and discussed by Next Best Adaptation on the leadup to the 2018 Awards Season.

Any and all feedback is appreciated and we urge you to cast a vote and check out the contenders below. Happy reading! 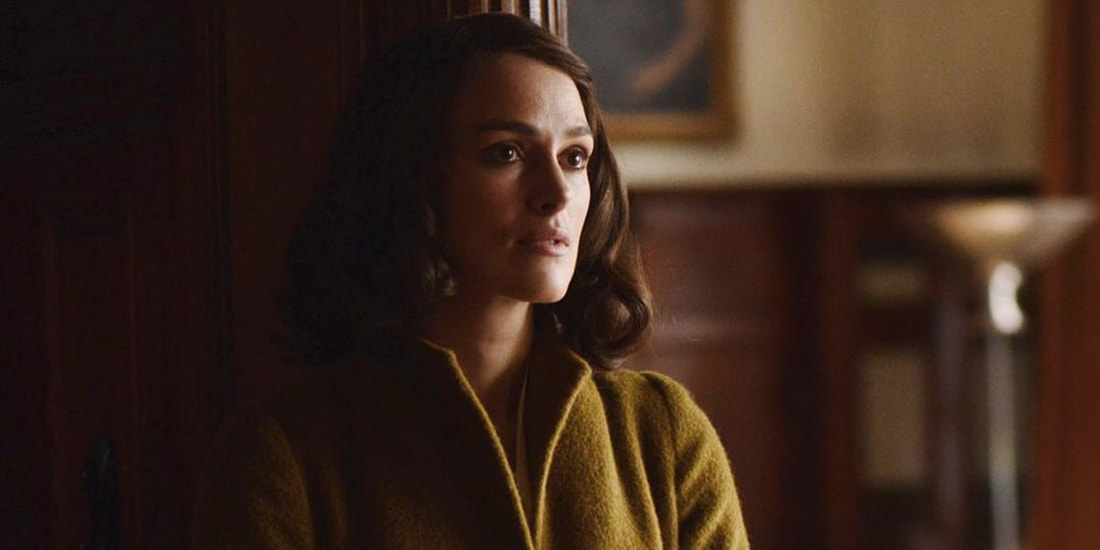 Source Material: The Aftermath by Rhodian Brook
Plot: In the aftermath of World War II, a British colonel and his wife are assigned to live in Hamburg during the post -war reconstruction, but tensions arise with the German widower who lives with them.
​Who’s Adapting It?: Director, James Kent (Testament of Youth, 11.22.63) & Writers, Joe Shrapnel & Anna Waterhouse (Race, Frankie & Alice) Who’s In It?: Alexander Skarskgard, Keira Knightley & Jason Clarke 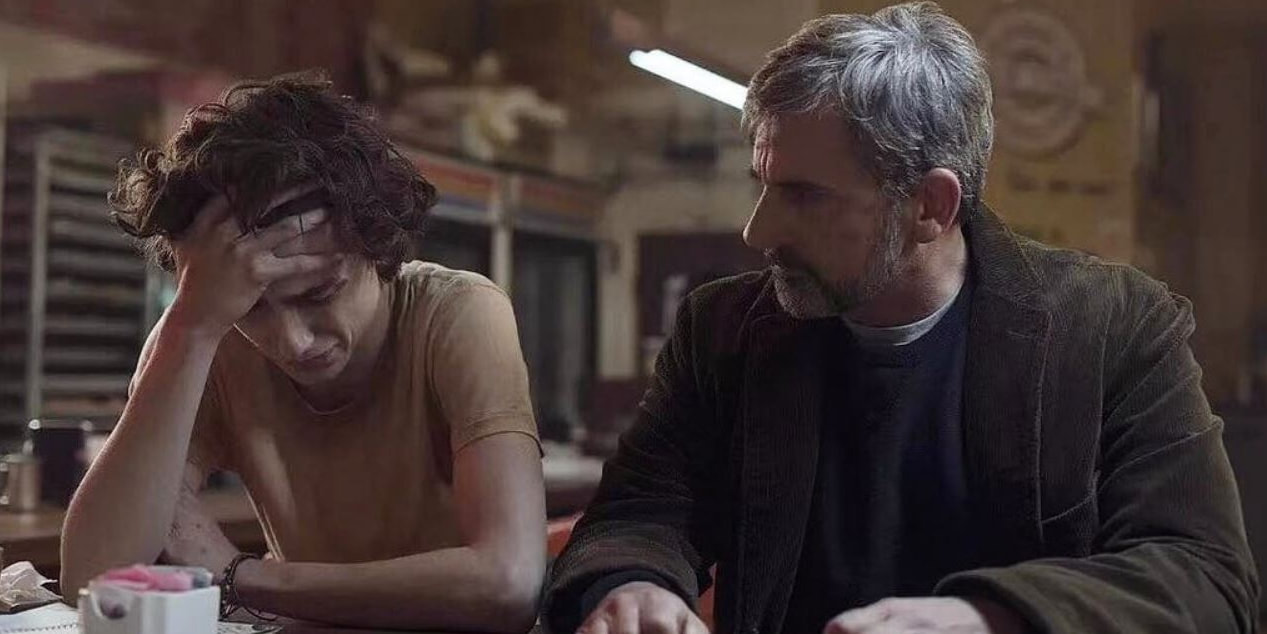 Source Material: Beautiful Boy: A Father’s Journey Through His Son’s Addiction by David Sheff​ & Tweak: Growing Up On Methamphetamines by Nic Sheff
Plot: Chronicles meth addiction and recovery through the eyes of a father who watches his son as he struggles with the disease.
Who’s Adapting It?: Director, Felix Van Groeningen (Broken Circle Breakdown) & Writer, Luke Davies (Lion, Candy, Life)​
​Who’s In It?: Timothee Chalamet, Steve Carell & Amy Ryan

Source Material: Boy Erased-A Memoir of Identity, Faith and Family by Garrard Conley
Plot: The son of a baptist preacher is forced to participate in a church-supported gay conversion program.
Who’s Adapting It?: Director, Joel Edgerton (The Gift) & Writer, Joel Edgerton (The Gift, Jane Got A Gun – As writer)
Who’s In It?: Lucas Hedges, Nicole Kidman & Russell Crowe

Can You Ever Forgive Me? 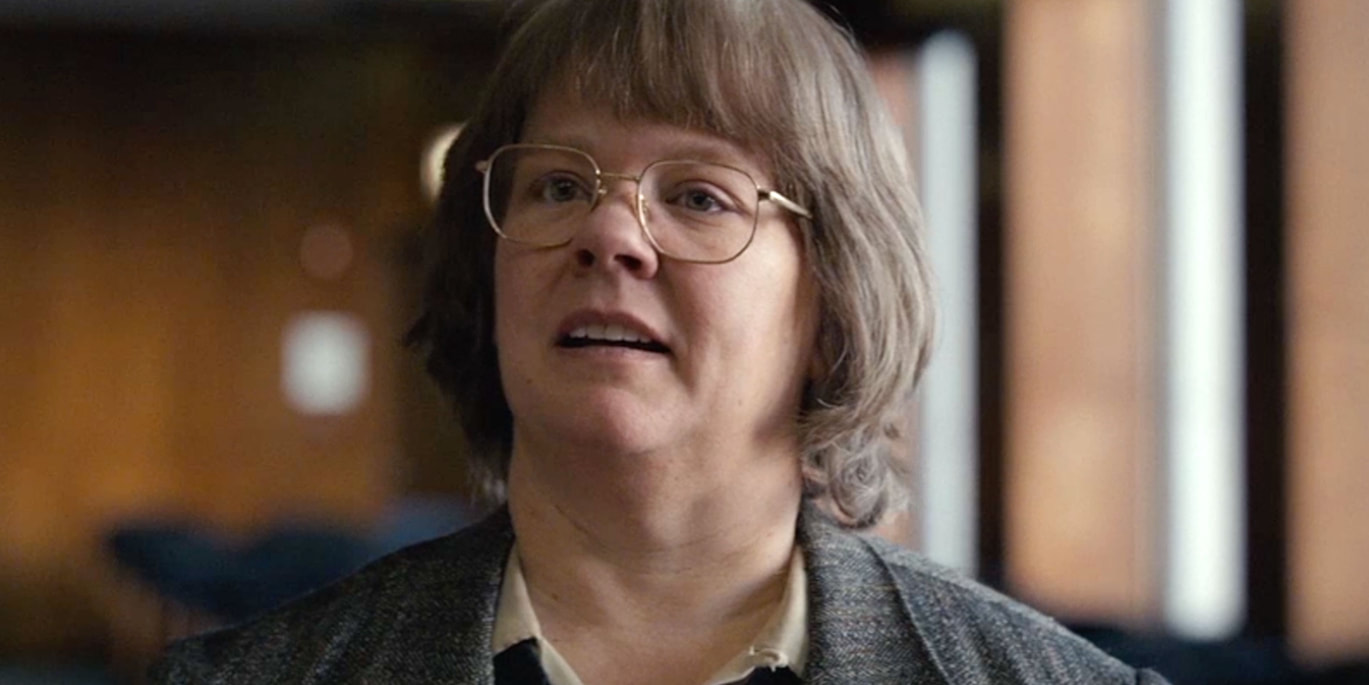 Source Material: Can You Ever Forgive Me – Memoirs of a Literary Forger
Plot: When bestselling celebrity biographer, Lee Israel, is no longer able to get published because she has fallen out of step with current tastes, she turns her art form to deception, abetted by her loyal friend, Jack.
Who’s Adapting It?: Director, Marielle Heller (The Diary of a Teenage Girl, Transparent) & Writer, Nicole Holfcener (Enough Said, Please Give) & Jeff Whitty (Writing Debut)
Who’s In It?: Melissa McCarthy, Richard E. Grant & Julie Ann Emery 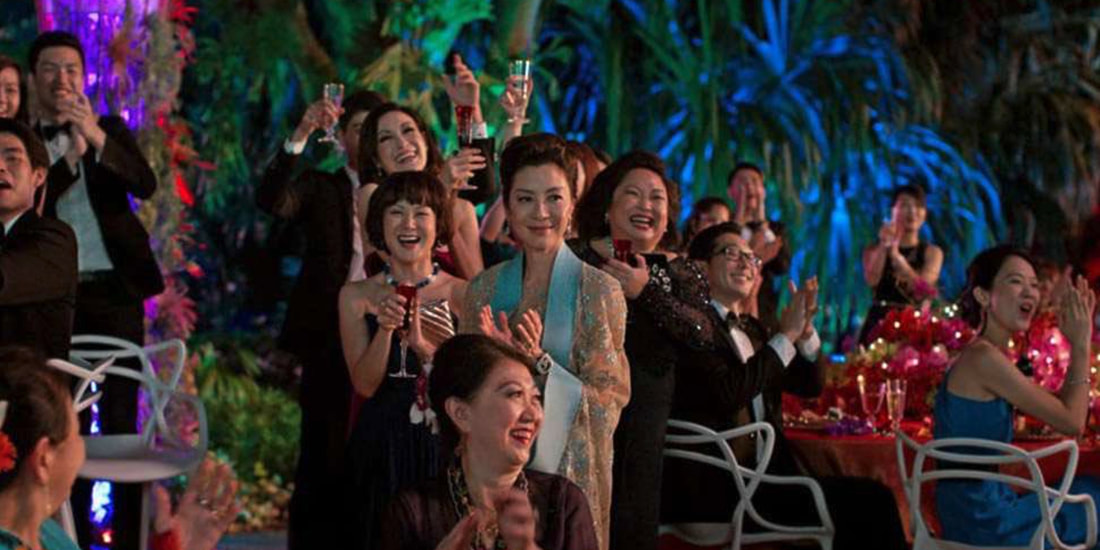 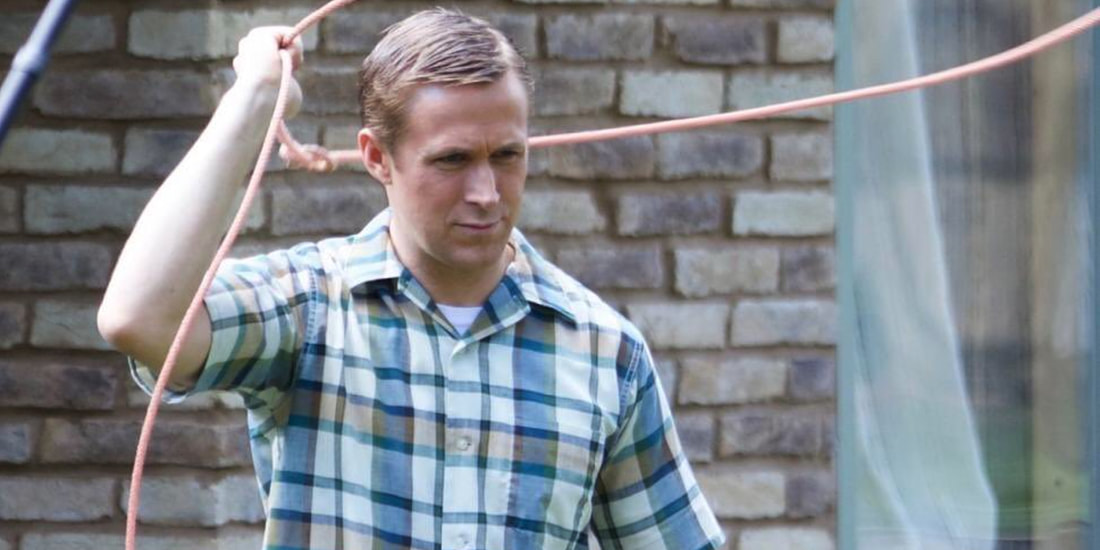 Source Material: First Man: The Life of Neil A. Armstrong by James R. Hansen
Plot: A look at the life of the astronaut, Neil Armstrong, and the legendary space mission that led him to become the first man to walk on the Moon on July 20, 1969.
Who’s Adapting It?: Director, Damien Chazelle (Whiplash, La La Land) & Writer, Nicole Perlman (Guardians of the Galaxy) & Josh Singer (The Post, Spotlight)
Who’s In It?: Ryan Gosling, Claire Foy & Corey Stoll 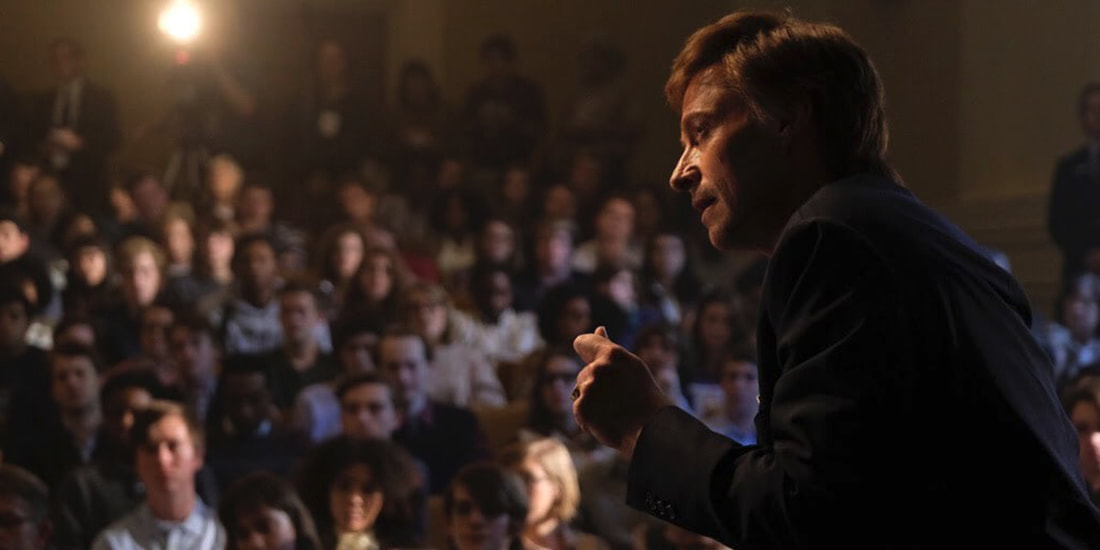 Source Material: All The Truth Is Out: The Week Politics Went Tabloid by Matt Bai
Plot: American Senator Gary Hart’s presidential campaign in 1988 is derailed when he’s caught in a scandalous love affair.
Who’s Adapting It?: Director, Jason Reitman (Juno, Up in the Air) & Writer, Jason Reitman (As Writer—Thank You For Smoking, Up in the Air), Jay Carson (Producer on House of Cards—writing debut), Matt Bai (screenwriting debut)
Who’s In It?: Hugh Jackman, Vera Farmiga & JK Simmons

If Beale Street Could Talk 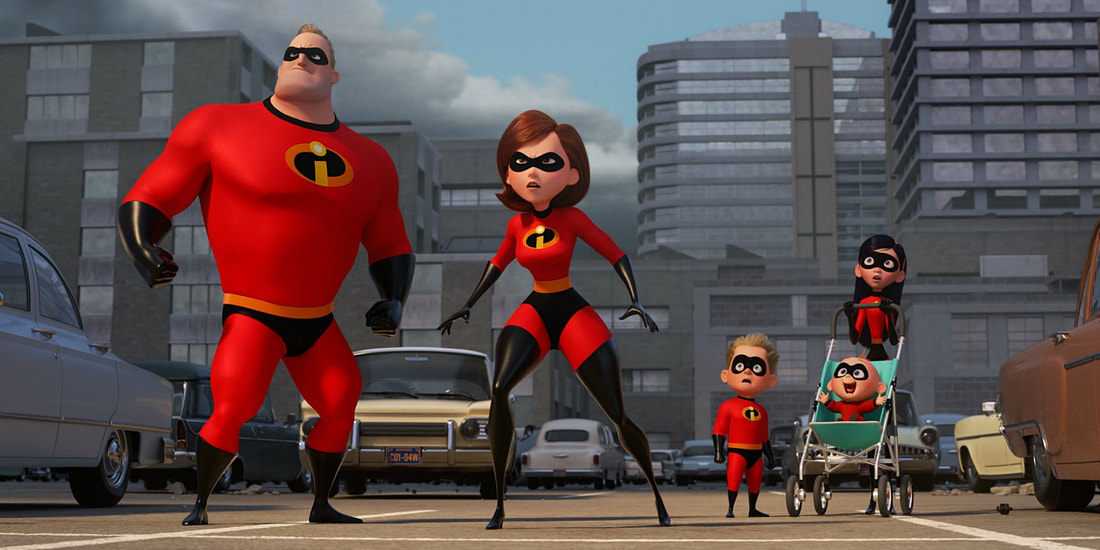 Source Material: A Time To Die: The Untold Tragedy of the Kursk Tragedy by Robert Moore
Plot: Follows the 2000 K-141 Kursk submarine disaster and the governmental negligence that followed. As the sailors fight for survival, their families desperately battle political obstacles and impossible odds to save them.
Who’s Adapting It?: Director, Thomas Vinterberg (The Hunt, Far from the Madding Crowd) & Writer, Robert Rodat (Saving Private Ryan, The Patriot)
Who’s In It?: Matthias Schoenaerts, Colin Firth & Lea Seydoux Source Material: The Little Stranger by Sarah Waters
Plot: Tells the story of Dr Faraday, the son of a housemaid, who has built a life of quiet respectability as a country doctor. During the long hot summer of 1947, he is called to a patient at Hundreds Hall, where his mother once worked. The Hall has been home to the Ayres family for more than two centuries. But it is now in decline and its inhabitants – mother, son and daughter – are haunted by something more ominous than a dying way of life. When he takes on his new patient, Faraday has no idea how closely, and how terrifyingly, the family’s story is about to become entwined with his own.
Who’s Adapting It?: Director, Lenny Abrahamson (Room, Frank) & Writer, Lucinda Coxon (The Danish Girl, Wild Target)
Who’s In It?: Domnhall Gleeson, Charlotte Rampling & Will Poulter 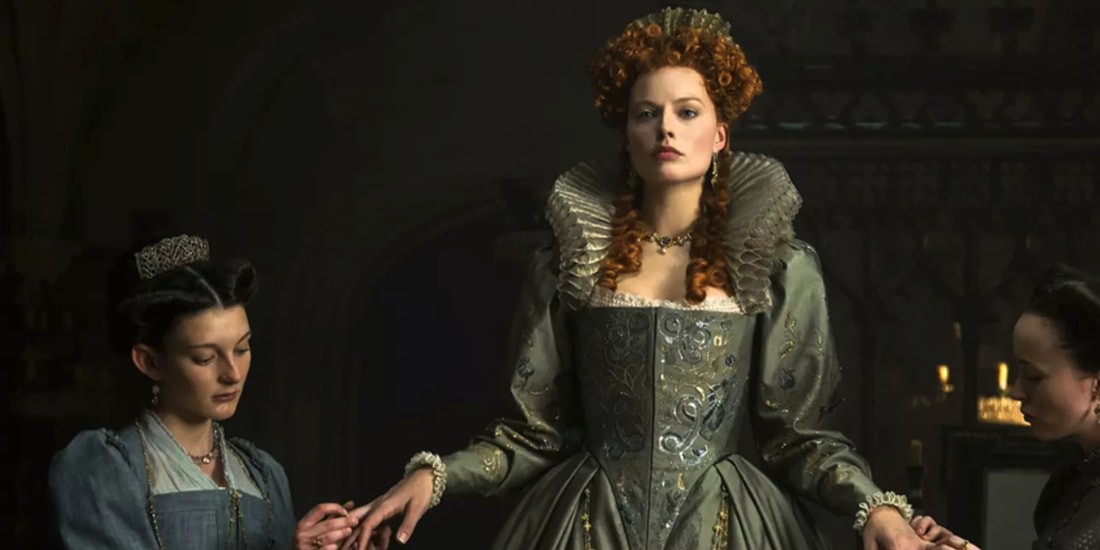 Source Material: The True Life of Mary Stuart by John Guy
Plot: Mary Stuart’s attempt to overthrow her cousin Elizabeth I, Queen of England, finds her condemned to years of imprisonment before facing execution.
Who’s Adapting It?: Director, Josie Rourke (Much Ado About Nothing (2011)) & Writer, Beau Willimon (House of Cards, The Ides of March)
Who’s In It?: Saoirse Ronan, Margot Robbie & David Tennant

My Life On The Road

Source Material: My Life on the Road by Gloria Steinem
Plot: The story of Gloria Steinem, who became a leading spokeswoman for the feminist movement in the 1960s and 1970s.
Who’s Adapting It?: Director, Julie Taymor (Frida, Across the Universe) & Writer, Sarah Ruhl (Debut)
Who’s In It?: Julianne Moore

The Old Man And The Gun

Source Material: Old Man and the Gun by David Grann
Plot: An elderly bank robber, who had managed to escape from prison over a dozen times in his life before moving to a retirement community, looks to spice things up with another heist.
Who’s Adapting It?: Director, David Lowery (Ghost Story, Ain’t Them Bodies Saints) & Writer, David Lowery
Who’s In It?: Robert Redford, Casey Affleck & Sissy Spacek 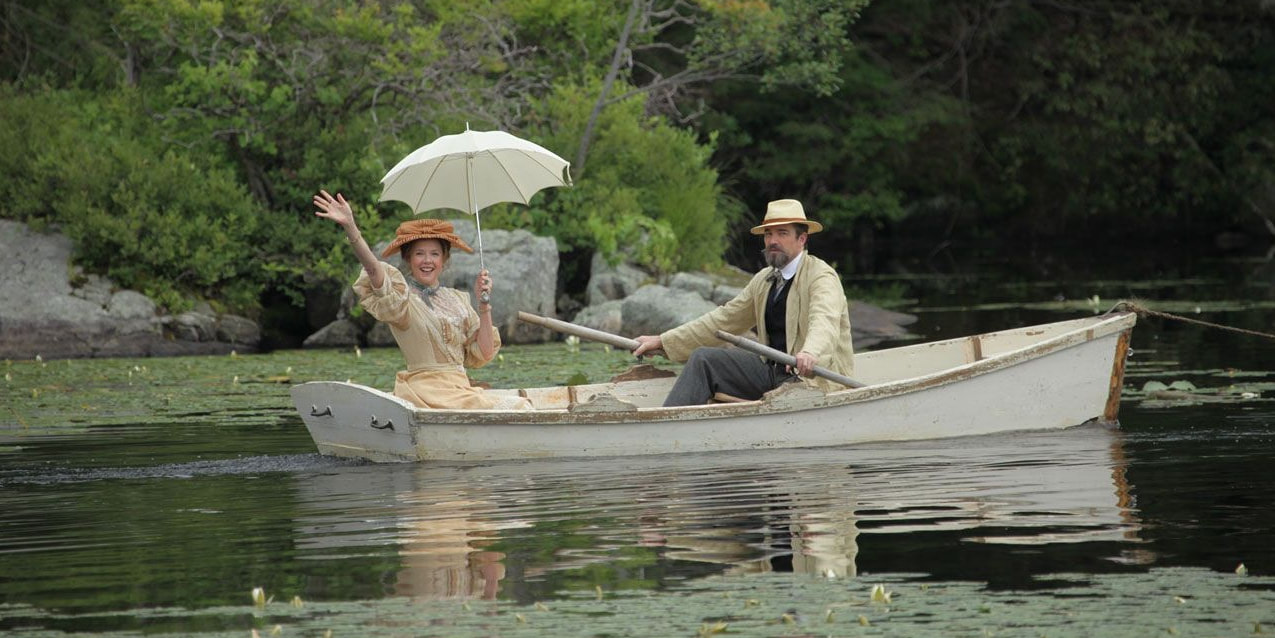 Source Material: The Seagull by Anton Chekov
Plot: An aging actress named Irina Arkadina pays summer visits to her brother Pjotr Nikolayevich Sorin and her son Konstantin on a country estate. On one occasion, she brings Trigorin, a successful novelist, with her. Nina, a free and innocent girl on a neighboring estate, falls in love with Boris Trigorin. As Trigorin lightly consumes and rejects Nina, so the actress all her life has consumed and rejected her son, who loves Nina. The victims are destroyed while the sophisticates continue on their way.
Who’s Adapting It?: Director, Michael Mayer (A Home at the End of the World, Flicka) & Writer, Stephen Karam (Speech & Debate)
Who’s In It?: Saoirse Ronan, Annette Bening & Elisabeth Moss

Source Material: Thunder Road (Directed by Jim Cummings)
Plot: A police officer comes to grips with a death of his mom when giving a heartfelt eulogy at her funeral.
Who’s Adapting It?: Director, Jim Cummings (No Floodwall Here) & Writer, Jim Cummings
Who’s In It?: Jim Cummings & Macon Blair 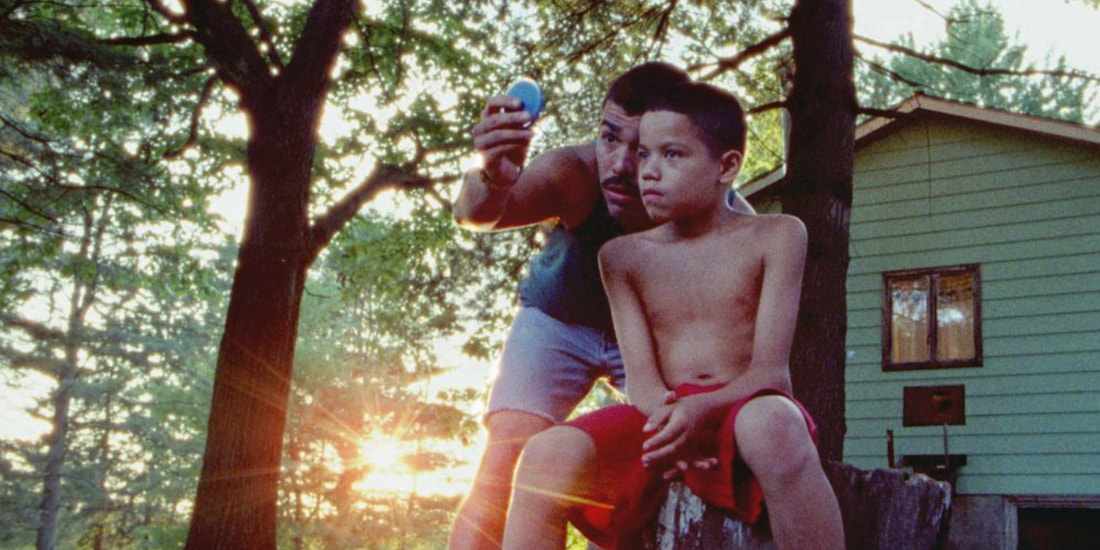 Source Material: Widows (Created by Lynda La Plante)
Plot: Set in contemporary Chicago, amidst a time of turmoil, four women with nothing in common accept a debt left behind by their dead husbands’ criminal activities, take fate into their own hands, and conspire to forge a future on their own terms.
Who’s Adapting It?: Director, Steve McQueen (12 Years a Slave, Shame) & Writer, Gillian Flynn (Gone Girl, Sharp Objects)
Who’s In It?: Viola Davis, Michelle Rodriguez & Liam Neeson

Source Material: Where’d You Go Bernadette by Maria Semple
Plot: After her anxiety-ridden mother disappears, 15-year-old Bee does everything she can to track her down, discovering her troubled past in the process.
Who’s Adapting It?: Director, Richard Linklater (Boyhood, ‘Before’ Trilogy) & Writer, Richard Linklater, Holly Gent Palmo (Me and Orson Welles) & Vincent Palmo Jr (Me and Orson Welles)
Who’s In It?: Cate Blanchett, Kristen Wiig & Judy Greer

The Women Of Marwen 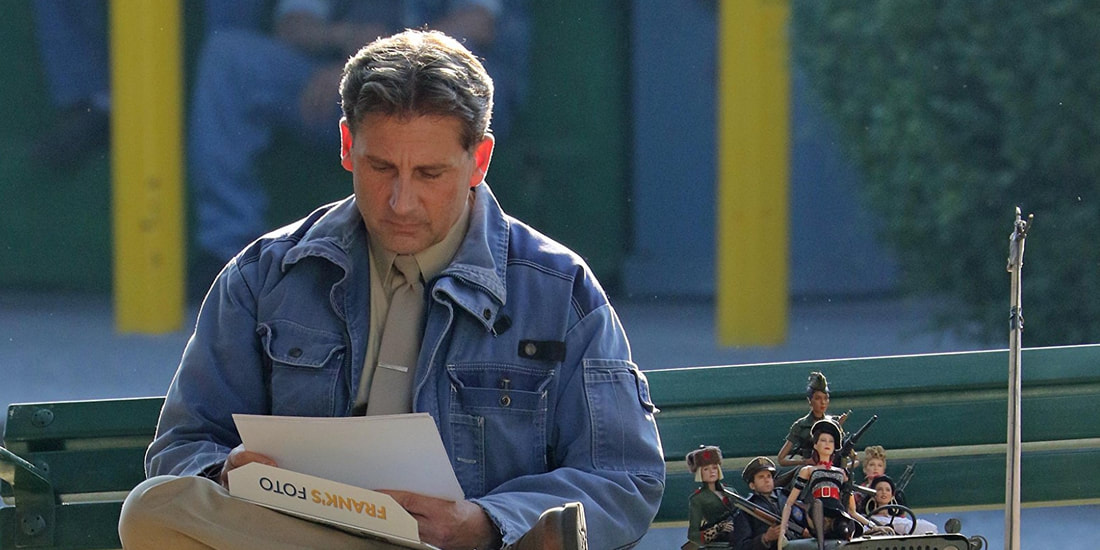 Source Material: Marwencol (Directed by Jeff Malmberg)
Plot: A victim of a brutal attack finds a unique and beautiful therapeutic outlet to help him through his recovery process.
Who’s Adapting It?: Director, Robert Zemeckis (Back to the Future, Forrest Gump) & Writer, Caroline Thompson (Nightmare Before Christmas, Edward Scissorhands) and Robert Zemeckis
Who’s In It?: Steve Carell, Diane Kruger & Leslie Mann

​Which contenders do you want us to read and review the source material for? Some of these are based on short films and even tv mini series, so depending on how things work out, maybe we will end up doing more than three (But definitely reviewing at least three books no matter what). Your vote is what counts so head over to the poll page and vote until April 7th on these Adapted Screenplay contenders.