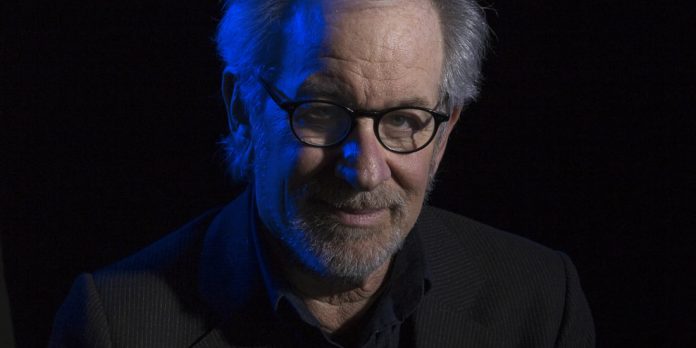 ​Netflix has catapulted themselves into the mainstream over the past several years with an immense amount of success, releasing and producing some of the most exciting television shows in recent memory. Of course, their truck doesn’t stop there, Netflix also produces another massive amount of feature films and documentaries as well. But as Netflix continues their reign there has been some speculation over their credibility as a studio. Much like Amazon and Hulu, Netflix has moved away from simply being a “streaming service.” They serve and release films as their own, they purchase films at festivals, despite walking away empty-handed at this past Sundance. They truly have become a full-blown movie studio.

​In a recent interview with ITV News, Oscar-winning director Steven Spielberg stated that he believes that Netflix Original films should not be considered for Academy Awards. At this years Oscars, Netflix received eight Oscar nominations. Four for Dee Rees’ “Mudbound” including a Best Supporting Actress nomination for Mary J. Blige, Best Adapted Screenplay for Rees and Virgil Williams, the first female nomination in Best Cinematography for Rachel Morrison, and also Best Original Song for Mary J. Blige as well. They also received nominations for Documentary Short for “Heroin(e),” Best Foreign Language Film for “On Body and Soul,” and finally nominations for Documentary Feature with “Icarus” and “Strong Island” including a win for “Icarus.”

In the interview, Steven Spielberg expresses belief that since Netflix has committed to a television format that their original films should be considered television movies. While his statement is neither correct nor incorrect, there is a quite a bit to take away from it. First of all, does where the film is released affect the quality? Well, no. While a good majority of the Netflix originals have received some pretty sour reviews from critics (“Mute,” “Bright,” any of the Adam Sandler films), they still have crafted some rather fantastic films. “Mudbound” for example, is a great film and completely deserving of its four Oscar nominations, if not deserving of a few more. Another original that comes to mind as another fantastic is Cary Fukunaga’s “Beasts Of No Nation” which was unfairly snubbed across the board from the Academy and deserved so much more. While their batting record may be severely low, it does not lessen the quality of their great films.

The other thing to take away from Spielberg’s statement is, are Netflix original films television movies? Since Netflix primarily releases original television programs they have slightly cornered themselves into that market. However, they still release their features and documentaries so they shouldn’t exclusively be considered television producers. According to Spielberg, since television is their primary market, then their films should just be considered television movies. He is not wrong in thinking that or saying that. Netflix is known for its television. Netflix has basically replaced cable in millions of households, thus making them the new cable provider. However, I believe that these originals should not fall into the category of “TV Movie.” Just the phrase “TV movie” has a rather negative connotation much like “straight to DVD release.” While the films like “Mute” or “Bright” are on the worse side of Netflix originals, they still are on a much higher caliber than TV movies from the early 2000’s. These Netflix Originals still have a professional and passionate feel about them, even if the films have poor stories and are poorly written, one cannot deny that they are still pretty well made. So while these Netflix films are released on a format that is primarily designed for television, it still does not deserve to be lumped into the category of “Television movie.”

Netflix is releasing a few films this year that definitely have a real good shot at getting nominated for Best Picture. You can read Jacey Aldredge’s piece which goes into greater detail here. But why should we cast aside Netflix as a true contender? While I will agree with the comments about how watching films at home with Netflix is not as exciting or enlightening as watching them within a theater, it still does not lessen what these filmmakers are doing. At the end of the day, Netflix is still creating movies. While they may not handle their films in the best way in terms of distribution, “Mudbound” included, it should not affect their awards chances and they are slowly progressing as each year passes. If your film has one of the best screenplays, some of the best cinematography, one of the best performances, or even is one of the best films of the year, it deserves to be nominated, whether it is played in a movie theater or on your television at home. Good films are good films and they deserve to be celebrated no matter where they come from.

Steven Spielberg’s new film “Ready Player One” is now out in theaters (And not on Netflix) for audiences to enjoy. While our Editor In Chief Matt Neglia had a lot of issues with the film, it’s still a high spectacle piece of entertainment that was clearly made for the big screen. All of this talk about how Steven Spielberg handles some of the themes in “Ready Player One” and his recent comments about Netflix have forced many of us to wonder if the legendary filmmaker is slowly falling out of touch with the industry despite being a pioneer for how the industry became what it is today? That is another debate for another time. But what do you think? Let us know your thoughts in the comments below.