Please Consider “The Mitchells vs. The Machines” For Best Animated Feature 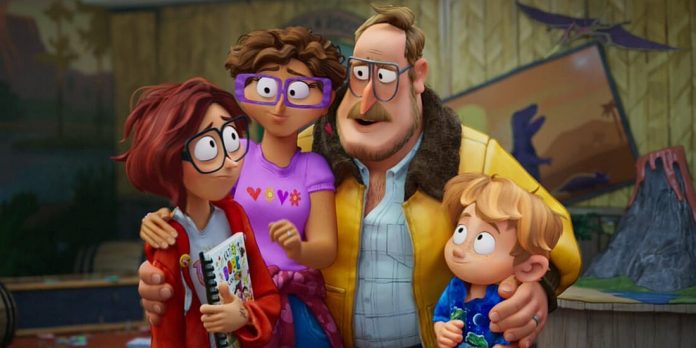 When it comes to Oscar prognostications, I’m basically a stats guy. I rely heavily on the endless parade of pre-Oscar precursor awards that usually point in the direction of the eventual Oscar winner. But there’s one category this year where the statistics and the favorite don’t quite add up for me: Best Animated Feature.

Consider these stats about one particular contender in this year’s race:

So why exactly is “The Mitchells vs. The Machines” the underdog in this year’s Oscar race?

To be sure, the nominees in this category are all pretty formidable, with each bringing individual strengths to the Oscar table. “Raya and the Last Dragon,” for example, offers a rich visual style that’s unusual for Disney Animation; “Luca,” this year’s Pixar entry, is a light, sun-drenched fable set in Italy that gives “being different” a whole new dimension; and “Flee,” the first non-fiction film ever nominated in this category, uses animation both to disguise the identity of a gay Afghan fleeing his home to find a new life in the West and to visually capture a memory in a way that’s both moving and compelling.

Then there’s Disney’s “Encanto,” the category’s presumed front-runner. Like Disney’s 2013 megahit “Frozen,” which began as a modest musical only to become a cultural phenomenon, “Encanto” has permeated the culture in a way that few animated films have. The film has even set records on the Billboard music chart, both for its soundtrack and its ubiquitous earworm of a single “We Don’t Talk About Bruno,” which Academy voters with small kids have likely heard 1000+ times or more. So the temptation is understandable to vote for what is unquestionably the most prominent animated feature of the year. But is it really the best?

I would like to take a moment to ask Academy voters to please consider (or re-consider) “The Mitchells vs. The Machines.” At its heart, “The Mitchells vs. The Machines” offers a dysfunctional family comedy that will be relatable to anybody who’s ever been part of a family. “Behold, cinema!” is the rallying cry of teenage movie nerd Katie Mitchell (voiced by a delightful Abbi Jacobson), who’s thrilled to be accepted into film school but not so psyched to be traveling there via a bonding road trip with her family, especially with her well-meaning but technophobic dad (Danny McBride). And, oh yes, while on the road, killer robots have begun to invade earth, led by their ruthless leader voiced by Olivia Colman (genius).

While the film’s story is rock-solid, it’s really in the quality dialogue dreamed up by writer/director Mike Rianda and co-writer Jeff Rowe that helps “The Mitchells vs. The Machines” to take flight. Pop culture references have become almost mandatory in contemporary animated films, but they’re usually only used for one quick joke and then dropped. However, with “The Mitchells vs. The Machines,” the pop culture movie references, while sharply funny, serve a dual purpose by revealing even more of Katie’s love of cinema and making her filmmaking dream seem more real. The intelligent dialogue in “The Mitchells vs. The Machines” is also a trademark of films made by Phil Lord and Christopher Miller, whose Oscar-winner “Spider-Man: Into the Spider-Verse” remains the Best Animated Feature high-water mark of the past decade.

This brings us to the film’s distinctive look. To my mind, “The Mitchells vs. The Machines” is the most animated feature film of 2021. To tell the Mitchells’ story fully, director Mike Rianda has daringly opted to throw every type of animation tool at us — from 3D-style imagery and line drawings to watercolors and (last but not least) doodles! Animation styles at times can even vary from scene to scene, creating for the viewer a very different syntax of visual language. But that style is solely there to serve the story, which is precisely what an animated Oscar winner should do.
.
Finally, props to Sony Animation for backing a film where the leading character is a queer teen, a first for a major studio animated feature, and for standing firm in not having her gayness “disappear” in subsequent drafts (on which other studios might have insisted). While Katie’s being gay is not the main focus of the film, it does offer an additional layer of resonance as to why she is seeking her “tribe” in film school, as well as marking a significant step forward in LGBTQIA+ representation in animation.

Luckily, this year’s Best Animated Feature Oscar race has brought us five strong nominees, any one of which would be a worthy winner. But I think this year we have something special with “The Mitchells vs. the Machines.” Not only does it have a relatable story, sparkling dialogue, and innovative animation, the film also has a loving heart, something with which we can all identify. This year, Academy voters have the chance to reward something that’s truly outstanding. Please consider taking that chance with “The Mitchells vs. the Machines.”

What are your thoughts on “The Mitchells vs. The Machines?” Do you think it stands a chance to win Best Animated Feature? Check out our latest Oscar predictions here and let us know your thoughts in the comments section below or on our Twitter account.