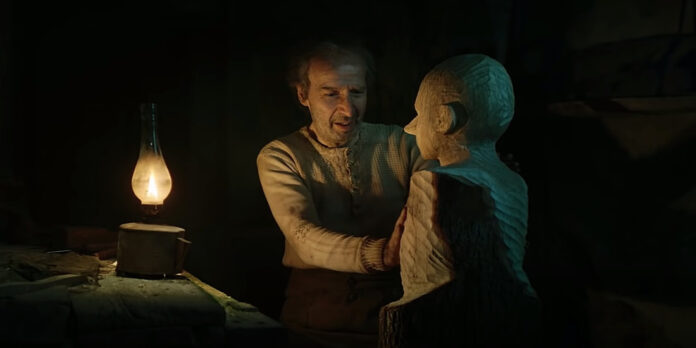 ​In telling a story as oft-told as a fairy tale, a filmmaker needs to put a signature stamp on the material. In the case of director Matteo Garrone’s adaptation of “Pinocchio,” the Italian director has chosen to keep the source material’s dark, dangerous tone intact. But don’t worry, there’s still plenty of joy and wonder to be found in this enchanting version of the story of the little wooden boy.

Everyone knows what to expect with Pinocchio, played here by a charming Federico Ielapi. He’s a puppet that’s brought to life to better the existence of lonely woodcarver Geppetto (Roberto Benigni). After setting out on an adventure of his own, Pinocchio encounters magical creatures and frightening situations. The human-animal hybrids and mystical beings that cross his path try to take advantage of Pinocchio. Still, with the help of a Fairy (Alida Baldari Calabria and Marine Vacth as young and old versions, respectively), he may be able to transform into a real boy if he proves himself worthy.

Garrone keeps the story moving through its familiar beats, allowing a playful tone to always shine through even in the direst situations our little puppet hero finds himself facing. The director smartly, matter-of-factly, tells the story without regard for who his audience may be. His camera doesn’t shy away from some fairly upsetting imagery, such as a drowning donkey and a hanged puppet. He doesn’t sugarcoat the story, which helps sell the idea that Pinocchio grows up quickly and learns on the fly.

And while this straightforward approach may appeal to adult viewers, I wonder if it may be simply too off-putting for children. This, of course, begs the question, who is this movie for? With a PG-13 rating for “some disturbing images,” a large swath of the typical young audience that this story attracts will most likely not see it, at least in America. And regardless of rating, it may simply be too frightening for kids who only know Pinocchio from the Disney animated version. However, if I had seen this film as a child, I may have been equally scared and entranced. I was as interested in Hitchcock as Hanna-Barbera, and I expect similarly-minded children of today may enjoy this film.

The absolute best part of the movie is its stunning, Oscar-nominated makeup. The film’s creative team wisely eschews any digital trickery in crafting the fantastical creatures on display. The prosthetic-heavy work is simply breathtaking. Most of the work is done on characters that blend the line between human and beast, often to varying degrees. For example, the Cat (Rocco Papaleo) and Fox (Massimo Ceccherini) that lead Pinocchio astray early on are mostly human-appearing except for some makeup additions to their faces. Compare that to the Cricket (Davide Marotta), who serves as our hero’s occasional guide, who is completely green and affixed with antennae. And, of course, Pinocchio himself is fully covered in wood that cracks and creaks throughout the course of the film but still somehow allows him to be fully expressive. In fact, none of the extensive makeup work ever encumbers the actors or restricts their ability to perform. It’s hard to sell just how incredible these creations are; they simply must be seen to be believed.

The makeup is so good, in fact, that it serves as reason enough to see the film. But its no-nonsense telling of the equally disturbing and delightful story keeps it from being just a visual feast and gives it the heart necessary to make it a compelling watch.