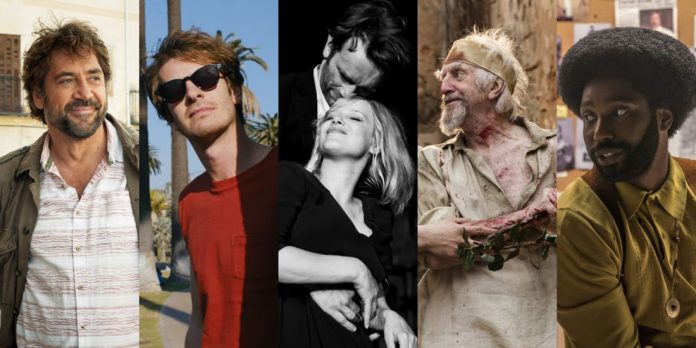 The 71st edition of the Cannes Film Festival begins today, and with it a slew of anticipated titles will premiere on the big screen. Per usual, the titles scheduled to premiere at Cannes have already given us plenty to talk about, both in terms of content and in terms of the pedigree of the actors and filmmakers behind them.

From long-gestating passion projects and eclectic dramas to sophomore efforts by promising talents, the lineup is wildly impressive in its scope, even with the recent controversy surrounding Cannes and their banning of Netflix films from the competition. “When we do a review of the year,” said festival director Thierry Frémaux, “We say to ourselves, ‘We weren’t daring enough’… This selection reflects that desire to be a bit more daring, to take more risks.”

With that in mind, here are some of the films that we’re anticipating most ahead of today’s festival. 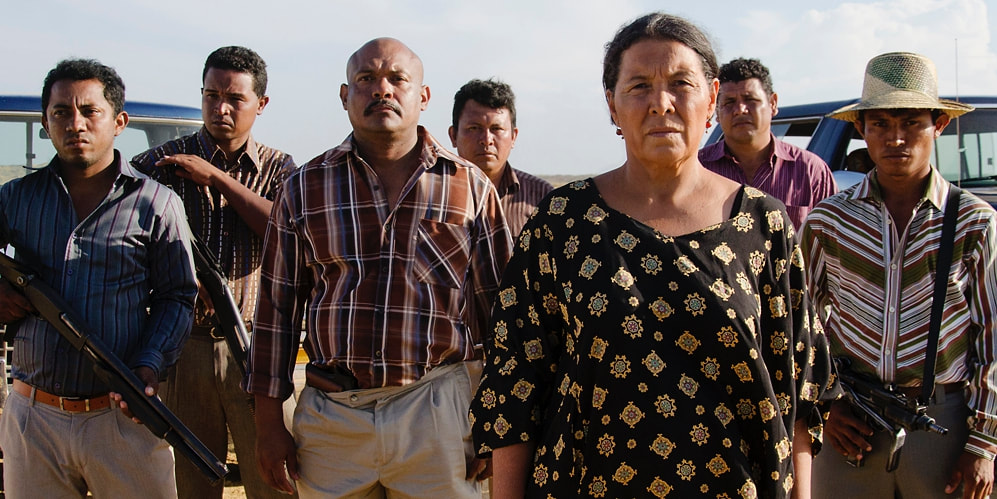 Perhaps the most difficult film on the list to categorize, Ciro Guerra and Cristina Gallego’s “Birds of Passage” is a fascinating blend of genres. Described as a film noir, a Greek tragedy, and a western all rolled into one, the story centers on an indigenous Wayuu family who gets mixed up in the drug trade in 1970s Columbia, and must deal with the violent ramifications that come with it. Little else has been divulged about the film, but we have gotten word that it was shot in the Guarija desert, that it’s gorgeous to look at, and that it is arguably Guerra’s finest work to date.

“Birds of Passage” will be the second Cannes screening for the acclaimed director after “The Wind Journeys”, which was selected (But not nominated) for the Oscar for Best Foreign Language Film in 2010. His most recent work, “Embrace the Serpent”, was nominated for the same category in 2015. ​​ 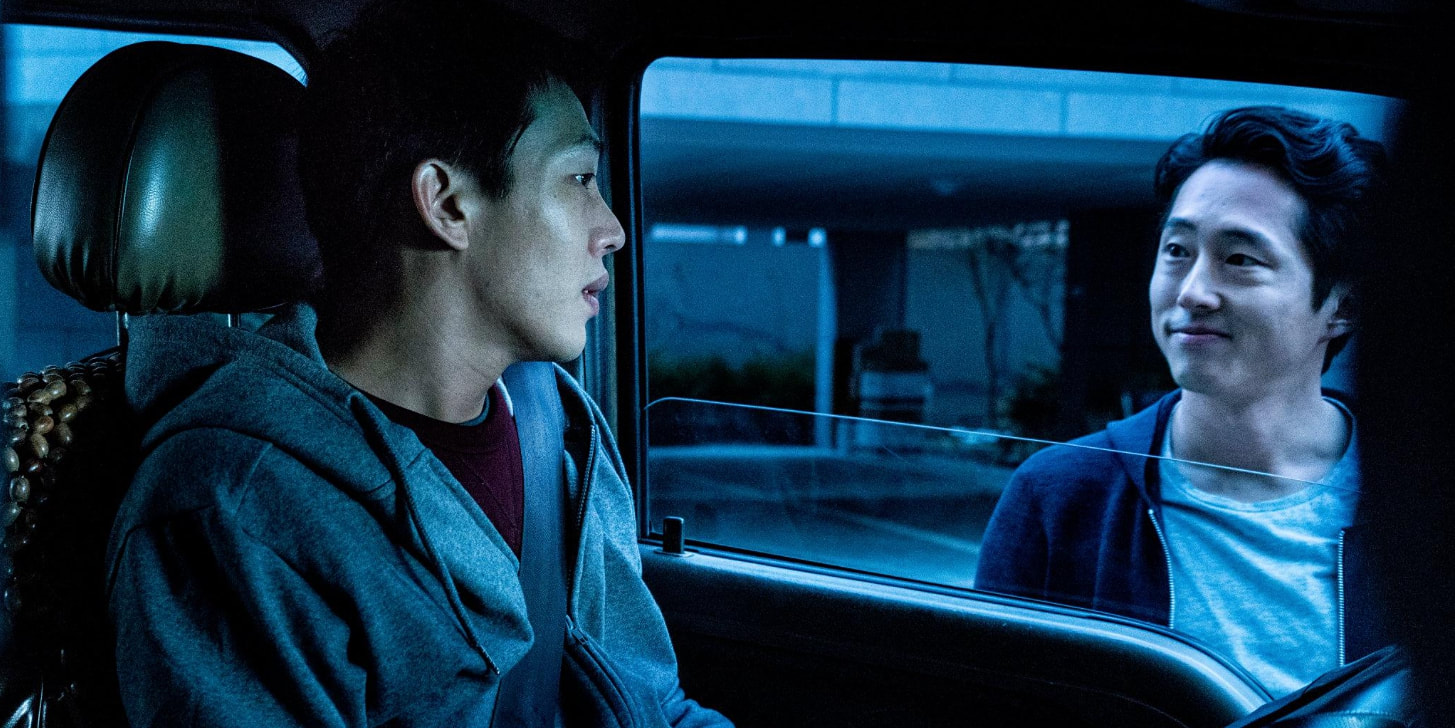 Lee Chang-dong is no stranger to Cannes glory. His 2007 film “Secret Sunshine” took home the festival’s Best Actress award for Jeon Do-yeon, while the sparse, beautiful “Poetry” won Best Screenplay in 2010. Chang-dong’s latest, “Burning”, looks to mirror the dramatic weight of those earlier films, while adding elements of mystery and neo-noir to the mix. The story revolves around three characters, Jong-soo, Ben, and Hae-mi, who have little in common and whose lives are brought together in the aftermath of a mysterious incident.

Little else has been revealed about the film other than its cast, which includes Yoo Ah-in and “The Walking Dead”’s Steven Yeun, but the reputableness of Chang-dong’s skill, combined with his success at previous Cannes festivals, has already made “Burning” a viable contender for the Palme d’Or heading into next week. ​ After bagging a Foreign Language Oscar for the eerily beautiful “Ida” (2013), director Pawel Pawlikowski is back with what looks to be a similarly enticing drama titled “Cold War.” Set against the backdrop of the titular struggle in the 1950s, the film will delve into the passionate, yet ultimately doomed relationship of two people of “different backgrounds and temperaments.” Pawlikowski has also revealed that the film will take place in a number of different European locations, including Paris, Berlin, Poland and Yugoslavia.

Pawlikowski is no stranger to difficult subject matter, and his most recent works, “Ida” and 2011’s “The Woman In The Fifth”, breath these matters in an honest, insightful manner. By adding the always effective trope of doomed romance to the mix, Pawlikowski may very well end up with another critical darling on his hands. ​ 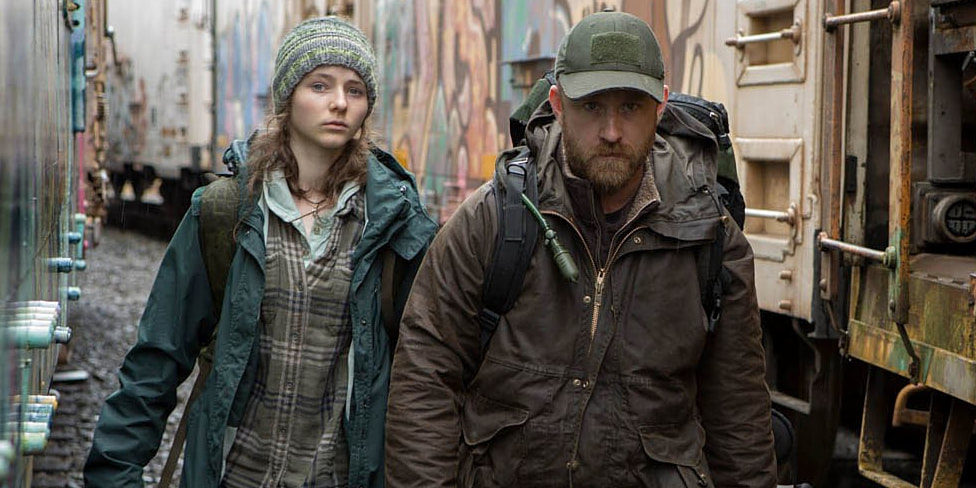 Filmmaker Debra Granik made waves in 2010 with “Winter’s Bone”, the chilly Ozark thriller that earned rave reviews and brought Jennifer Lawrence her first Oscar nomination for Best Actress. Granik has kept a low profile in the years since, releasing a single documentary, but she looks to be back in a big way with the upcoming family drama “Leave No Trace.” Already making its premiere at Sundance (Check out Matt’s review here), we cannot wait to hear more of the word on this one! Utilizing the same grim, nature-oriented aesthetic of her previous film, Granik shifts her focus to Will (Ben Foster) and his teenage daughter Tom (Thomasin Harcourt McKenzie), who’ve spent the last few years living in the forests of Portland, Oregon.

The film documents their struggles to adjust after being discovered by social services, and forced to assimilate into modern society. Eventually, Will and Tom reject their new surroundings and risk taking the harrowing journey back to their homeland. Granik’s unique screenplay is definitely worth noting here, but just as likely to get attention is Foster’s performance. As a veteran supporting actor rising to the occasion, he’ll bolster the film’s chances of sticking with Cannes audiences. 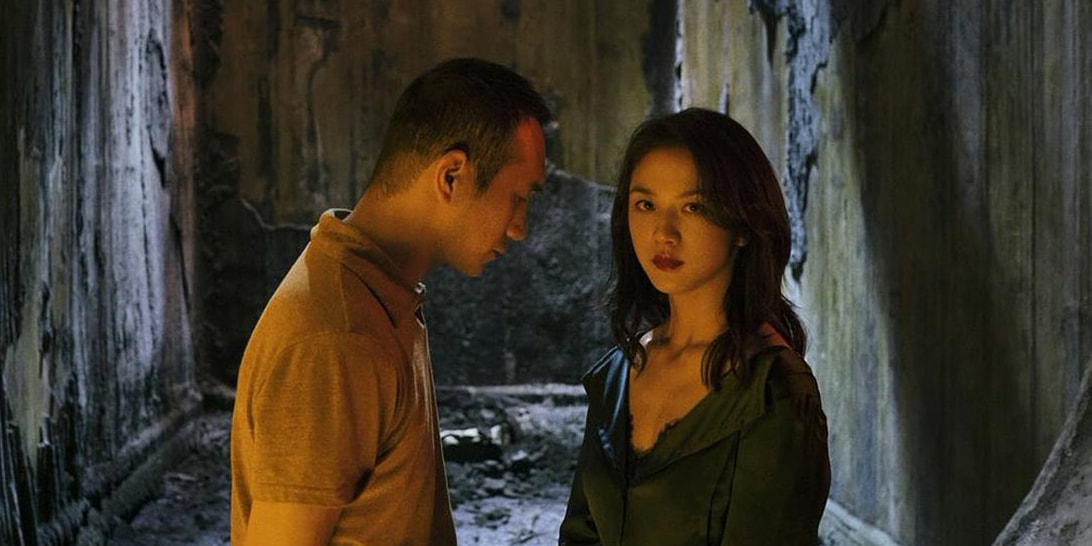 “Long Day’s Journey Into Night” marks another neo-noir entry, this time from the mind of sophomore director Bi Gan. The film will center around Luo Hongwu, a wanderer who returns to his hometown after being away for 12 years. Haunted by the memories of a beautiful woman he once loved, Luo begins to search for her, his perception of past and present, of dreams and reality, blurring with each subsequent clue. The cast is made up of Tang Wei, Sylvia Chang, Huang Jue, and Chen Yongzhong.

Promotional stills for the film confirm that Gan has crafted a visual marvel, with scenes that appear drenched in smoke, shadows, and neon street signs. If Gan can evoke the surreal, hypnotic quality of his 2016 debut “Kaili Blues” (Which also starred Yongzhong) and further it, then there’s little to suggest that “Long Day’s Journey Into Night” won’t be one of the festival’s most exquisite films. ​

5. The Man Who Killed Don Quixote 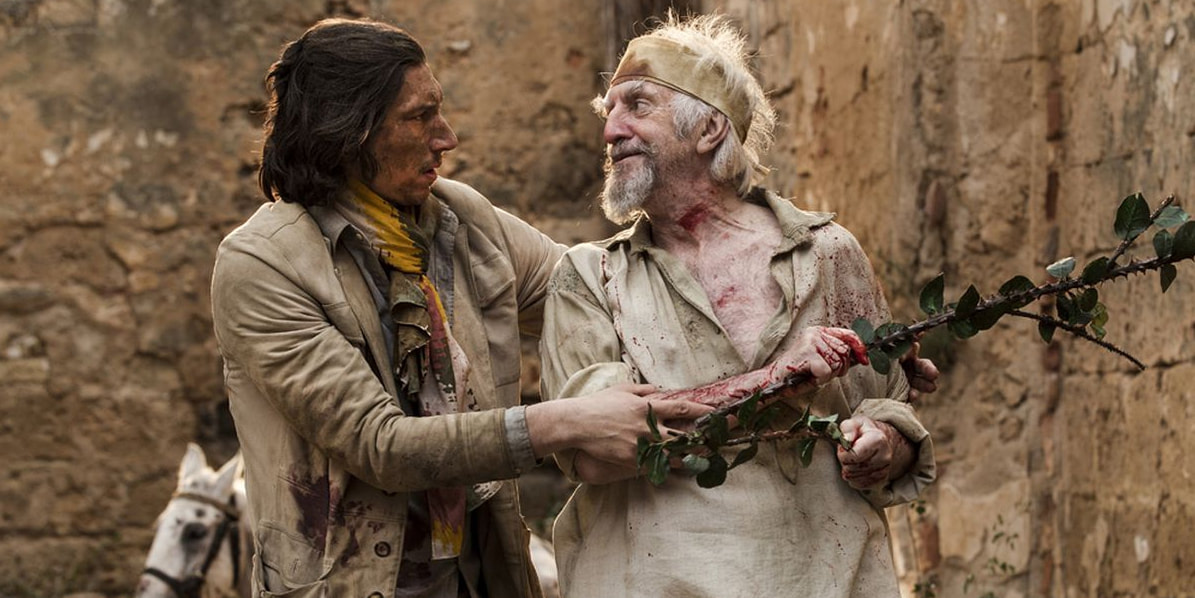 Arguably the most talked-about of the Cannes lineup, simply due to the fact that director Terry Gilliam has been trying to get it made for nearly thirty years. The verdict is still out on whether the film will actually be screened (A combination of court battles and health issues have plagued the director), but going off of the assumption that it will, “The Man Who Killed Don Quixote” will appeal to viewers on the strength of its surrealism and eccentricity– both Gilliam trademarks.

The film takes the original Don Quixote novel and flips it on its head, as Jonathan Pryce plays a deluded old man who believes himself to be the famed character, and Adam Driver (Another Cannes repeater) plays the advertising executive who Pryce mistakes as his faithful squire, Sancho Panza. Needless to say, the 21st century and the 17th century collide in ways that the the faux-Quixote can scarcely imagine. ​

4. The House That Jack Built 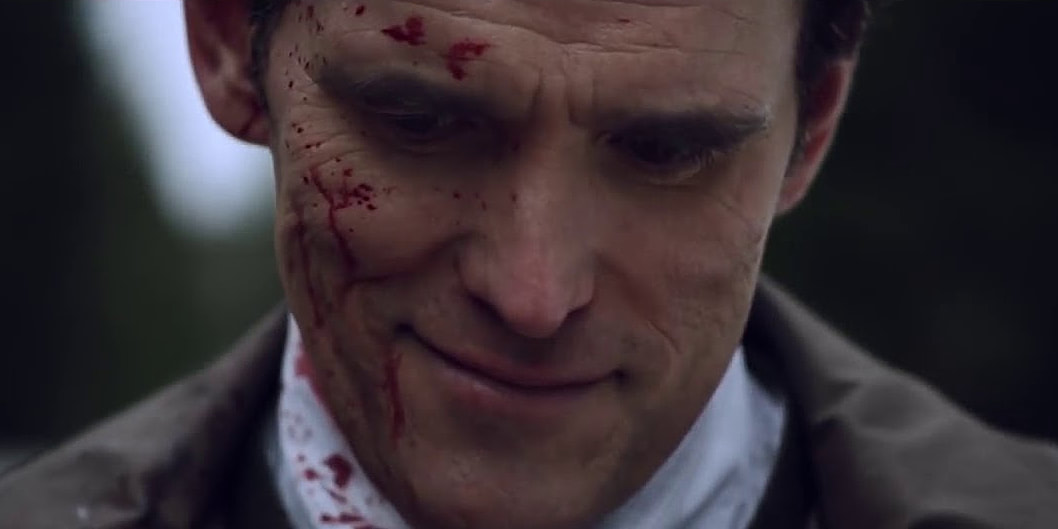 The last time director Lars von Trier attended Cannes, his comments regarding Hitler and his sympathies towards Nazism turned more heads than his actual film. Fortunately, von Trier has since apologized, and it looks as though he’ll let his latest film, “The House That Jack Built”, do most of the talking this year. And what a film it looks to be. “The House That Jack Built” follows the titular character (Played by Matt Dillon) over the course of 12 years, and depicts the murders that develop him into a highly intelligent serial killer.

The film has been promoted, quite literally, as a “serial killer art-film”, in that Dillon’s character is said to make works of art from the remnants of his crime scenes. Von Trier is an established master at eliciting shock and awe from his viewers, and “The House That Jack Built” looks tailor-made to service them. The rest of the cast includes Bruno Ganz, Uma Thurman, and Cannes repeat Riley Keough. ​ Asghar Farhadi is one of the most respected international directors working today, having taken home an array of awards – one from Cannes, two from the Academy – for his films “A Separation” (2011) and “The Salesman” (2016). It looks as though he’ll continue his winning streak with “Everybody Knows,” a film that will see the Iran native try his hand at Spanish psychodrama. The opening night selection of the 2018 Cannes Film Festival, the film focuses on Laura (Penélope Cruz), a Spanish woman who returns to her hometown with her Argentinian husband (Ricardo Darín) and her children. During the trip, however, unexpected events bring long-hidden secrets about Laura into the open.

Farhadi has already proven his talent for conveying the strife and intimacies of family drama, and with “Everybody Knows” being promoted as a thriller of sorts, we may get to see him venture into more extreme territory. The film will also benefit from its superb cast, which includes Bárbara Lennie and Cruz’s husband/Oscar winner Javier Bardem. Spike Lee has a celebrated past with Cannes, taking home awards for his 1986 debut “She’s Gotta Have It” and his 1991 romance “Jungle Fever.” He recent output hasn’t matched the acclaim or popularity of these earlier films, but with “BlacKkKlansman” earning heaps of attention in the industry, Lee may be able to add another Cannes award to his mantle yet. The film, adapted from the memoir of the same name, tells the true story of an African American policeman who went undercover to investigate the Ku Klux Klan in 1978.

Lee has always been an outspoken voice when it comes to racism and political discourse, and “BlacKkKlansman” looks as though it will provide an ideal dramatic canvas to address these issues. The film is executive produced by Jordan Peele and is set to star Adam Driver, Corey Hawkins, Topher Grace, and John David Washington (Son of Denzel Washington) as policeman Ron Stallworth.

1. Under the Silver Lake After making a splash with the low-budget horror flick “It Follows” in 2014, writer/director David Robert Mitchell returns to Cannes with the psychedelic neo-noir “Under the Silver Lake.” The film stars Andrew Garfield as Sam, a clueless young man who gets drawn into a web of intrigue when the woman he’s fallen in love with (Riley Keough) goes missing. Desperate for clues, he combs through an L.A. scene that’s bursting with hidden messages, haughty celebrities, and urban myths.

“Under the Silver Lake” looks as though it will bear the same tense construction and visceral style of Mitchell’s previous film, while his adeptness at melding genre tropes with postmodern sensibilities seems to have taken a lighter, borderline satirical turn based on “Silver Lake”’s first trailer. If this were being pitched in an elevator, it would be the Coen brothers meets “Inherent Vice.” And we’re here for it.

How about you? Which films are you looking forward to at the 2018 Cannes Film Festival? Do you have any predictions on what will win the Palme d’Or? Be sure to vote on our weekly poll for your favorite Palme d’Or winner and let us know your thoughts in the comments section below.