Our Reactions To The 2021 Critics Choice Award Nominations 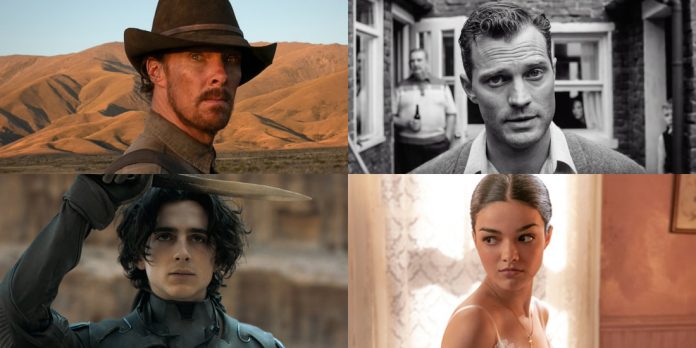 It’s been a busy day for awards race obsessives. The Critics Choice Awards also announced their nominees only a few hours after the Golden Globes revealed their shockingly predictable nominations. While some may have been hoping for a vastly different roster between the two organizations given the proximity of their announcements, instead, the two awards bodies seem to have had a case of parallel thinking. There are few surprises amongst the Critics Choice nominees. Of course, this association is known for blatantly aiming to be one of the more accurate predictors of Oscar nominees. Indeed, most of their nominations resemble Oscar pundits’ predictions more closely than actual critical favorites. In fact, their Best Picture lineup is the same as AFI’s top 10 movies of the year, with the non-American “Belfast” replacing AFI’s pick of “The Tragedy of Macbeth.” And even if the tail is wagging the dog, these awards are still an important precursor for contenders hoping to find themselves in the Academy’s favor. Let’s explore some of the more notable revelations to be found in the 2021 Critics Choice Awards nominees.

WHAT DOES BEING A CRITICS CHOICE REALLY MEAN?
Again, by their own admission, this organization is most interested in being able to call themselves one of the more indicative precursors regarding future Oscar success. As such, many categories feature six nominees rather than the standard five, thus increasing their chance of prediction accuracy. However, what this means is that oftentimes more critically favored contenders are snubbed in favor of less well-received ones that are buzzier. For example, despite premiering to less-than-desirable reviews, both “Don’t Look Up” and “Nightmare Alley” scored Best Picture nominations. The latter film even received a Best Director nomination for famed filmmaker Guillermo del Toro. In addition, some performances that were revered by critics missed, such as Ruth Negga for “Passing,” Jason Isaacs for “Mass,” and Jeffrey Wright for “The French Dispatch.” The performances that were in fact nominated are still mostly adored, except for Jared Leto for his over-the-top, divisive work in “House of Gucci.” Such omissions and selections beg the question of what exactly a “critic’s choice” truly is.

NO INTERNATIONAL FEATURE IN ABOVE-THE-LINE NOMINATIONS
Even with months to go before the actual lineup is solidified, it’s a generally agreed-upon point that this is shaping up to be one of the strongest years for Best International Feature contenders in recent memory. Such films have already scooped up major prizes, like “Titane” winning the Palme d’Or at the Cannes Film Festival and “Drive My Car” taking top honors from the New York Film Critics Circle Awards. And yet, the said contenders, along with other praised films such as “Parallel Mothers,” “The Worst Person in the World,” or “A Hero,” couldn’t find their way into significant categories outside of Best Foreign Language Film. In fact, all performance and screenplay categories, along with Best Picture, are primarily English language productions. It must be noted that “West Side Story” features a good amount of non-subtitled Spanish, and American Sign Language is essential to “CODA.” However, still, these are both American films that are mostly made up of English dialogue. And unlike the Golden Globes, it’s not like the Critics Choice Awards have previously made a point to honor mostly non-foreign language films. “Parasite” did very well at their 2019 awards, tying for Best Director with “1917,” and “Roma” was crowned their Best Picture of 2018. For a year with such undeniable critical attention on non-English films, it’s curious that the awards body that supposedly honors their choices couldn’t make their top categories a bit more international.

Either way, there are notable picks in the Best Foreign Language Film category. Neither “Parallel Mothers” nor “Titane” made it in, despite their praise and accolades, and “Flee” scored double nominations in this category and Best Animated Feature.

A GREAT DAY FOR “BELFAST” & “WEST SIDE STORY”
The two films that are arguably the current frontrunners for Oscar’s Best Picture, “Belfast” and “West Side Story,” tied for the greatest number of nominations. Both films scored 11 nominations. This speaks to the films’ support in both above and below-the-line categories. It’s not surprising that “West Side Story” came out on top, given how it’s both a crafts showcase and features top-notch acting, writing, and directing. However, “Belfast” going toe-to-toe with it is less expected. It was almost certain that it would get into the major categories, with four of their actors scoring nominations, but its mentions in races like Best Production Design and Best Editing were less guaranteed. Its across-the-board support bodes well for its continued success this season. Still, both films missed out in unexpected categories. Rachel Zegler’s fantastic performance in “West Side Story” couldn’t break into the crowded Best Actress race, although she did score a nod in the Best Young Actor/Actress Category. It’s not impossible for performers to be nominated in both that category and a general performance category – Lucas Hedges for “Manchester by the Sea” and Quvenzhané Wallis for “Beasts of the Southern Wild” both managed to win Best Young Actor/Actress and still be nominated in Best Supporting Actor and Best Actress, respectively. Similarly, Judi Dench had a rough day after being snubbed for her “Belfast” performance from both this organization and the Golden Globes. It’s entirely possible that she’s the only adult member of her onscreen family that manages to be ignored by the Academy.

FEW SURPRISES IN THE SCREENPLAY CATEGORIES
Sometimes, a Best Picture race features many contenders in just one of the two screenplay categories, leading to some fun surprises and unexpected picks in whichever of the two categories has a lower number of films contending for the top prize. However, this year the films in the running for the most important award of the night are split relatively evenly between the Original and Adapted categories. As such, there were very few surprises in both of the Critics Choice writing races. Indeed, “The Lost Daughter” in Adapted and “Being the Ricardos” in Original are the only contenders which they didn’t also nominate for Best Picture. Arguably the only somewhat shocking snubs came in Best Original Screenplay, where Mike Mills’ “C’mon C’mon” and a host of international films, such as “A Hero” and “The Worst Person in the World,” didn’t make the cut. Indeed, the Best Adapted Screenplay nominees perfectly match the current top five predicted contenders here at Next Best Picture. Perhaps “Drive My Car” could’ve found its way into the category, but given how English-language films were favored overall by this group, it can’t be considered too surprising of a miss.

UNIFORMITY IN THE CRAFTS
The below-the-line categories are mostly a host of Best Picture contenders, with “West Side Story,” “Dune,” and “Nightmare Alley” all receiving nods in nearly every single one of these categories. Best Visual Effects looks to be an interesting category – the as-yet-unseen “The Matrix Resurrections” scored a nomination, along with the unexpected inclusions of “Nightmare Alley” and “No Time to Die.” “Shang-Chi and the Legend of the Ten Rings,” which was the most well-received of the three MCU movies that have been released so far this year, looks to be the appointed Marvel contender of this awards race. Despite releasing several films a year, this titan of the film industry hasn’t scored more than one Oscar nomination per year in this category since 2014, when “Captain America: The Winter Soldier” and “Guardians of the Galaxy” both lost to “Interstellar.” Still, it really doesn’t matter what films are nominated for Best Visual Effects, as the seemingly assured victory of “Dune” will almost certainly be one of the easier calls this entire season.

Other Items of Note:

​​What did you think of the Critics Choice Nominations this year? Be sure to check out our latest Oscar predictions here and let us know your thoughts in the comments section below or on our Twitter account.