Our Most Anticipated Films From The 2021 Tribeca Film Festival 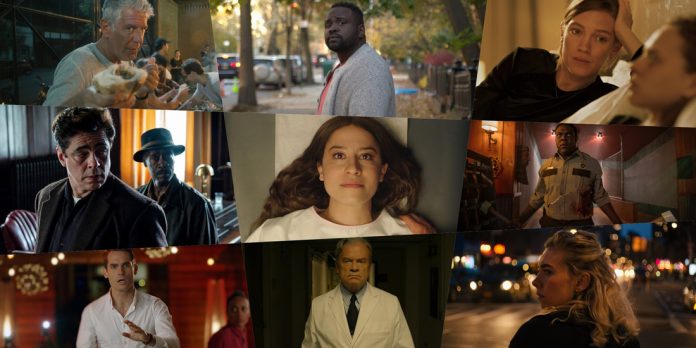 By Matt Neglia & Dan Bayer
​
Tomorrow marks the return of the Tribeca Film Festival in New York after the festival was forced to be canceled last year due to COVID-19. There will be both a combination of in-person and virtual screenings this year and Dan Bayer and I will be covering on behalf of Next Best Picture.

Below you can find the list of the 20 films we are most looking forward to seeing at this year’s festival.

PLOT: The true story of the Mighty Mites, the football team of a Fort Worth orphanage who, during the Great Depression, went from playing without shoes—or even a football—to playing for the Texas state championships. Over the course of their winning season these underdogs and their resilient spirit became an inspiration to their city, state, and an entire nation in need of a rebound, even catching the attention of President Franklin D. Roosevelt.

WHY WE’RE EXCITED: Featuring legends such as Vinessa Shaw, Martin Sheen, Robert Duvall, and led by Luke Wilson, this is one of the more stacked casts at this year’s festival. Also, who doesn’t love a good sports drama every now and again? Here’s to hoping this can be better than your average, typical inspirational sports drama, though.

PLOT: Factory workers diligently parse fabrics and prepare plastic products—like water bottles and binoculars—in clusters and in an assembly line. Men weld metal cylinders with precision, and a networking conference devotes its attention to training a predominantly female audience how to excel in business etiquette.

WHY WE’RE EXCITED: “Ascension,” billed as “an exploration of contemporary China’s identity as it relates to its vision of consumerism, innovation, and social standing,” promises a unique view of Chinese society that could also shine a light on American society. The myth of upward mobility has rarely been so strong and so far out of reach for so many that it could make for some compelling storytelling that tells us what we need to hear instead of what we want to hear – just what the best documentaries always do.

PLOT: Asia (Alena Yiv) and Vika (“Unorthodox’s” Shira Haas) are more like sisters than mother and daughter. Young mom Asia hides nothing about her work-hard, play-hard lifestyle, and expects the same openness and honesty from teenage Vika. But Vika is at an age where privacy and independence are paramount, and inevitably begins to rebel against her mom’s parenting style. With two stubborn and opinionated women under one roof, Asia finds herself in new territory and stumbles to achieve a balance between asserting her parental authority and respecting her daughter’s point of view. When health issues lead Vika to be confined to a wheelchair and her need for romantic experiences and sexual exploration becomes more urgent, Asia realizes she must get out of the way so that her daughter can live her life.

WHY WE’RE EXCITED: Shira Haas was a revelation in Netflix’s “Unorthodox,” and this film – winner of the Ophir Award (Israel’s equivalent to the Oscars) for Best Picture and their submission for last year’s International Feature Oscar – won her an Ophir for Best Supporting Actress and much critical praise at last year’s festival. An in-person screening this year is sure to be a hot ticket.​

PLOT: After fertility struggles, a couple seem to have found their savior in a celebrated reproductive specialist. But as hope transforms to happiness, the now-expectant mother is thrown into a spiral of suspicion, threatening her grasp on reality.

WHY WE’RE EXCITED: When the trailer for this was released, the tone looked to be all over the place, with many proclaiming it to be a more comedic version of “Rosemary’s Baby.” We’re not so sure we believe all of that, but with a screenplay co-written by Ilana Glazer, this is sure to be one of the most talked-about titles at the festival.​