“NOBODY SPEAK: TRIALS OF THE FREE PRESS” 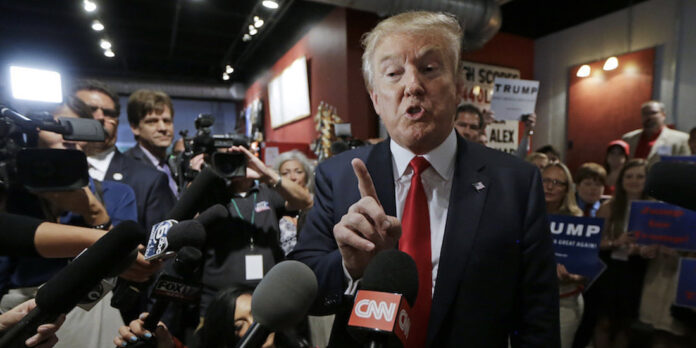 THE STORY – The trial between Hulk Hogan and Gawker Media pitted privacy rights against freedom of the press, and raised important questions about how big money can silence media. This film is an examination of the perils and duties of the free press in an age of inequality.

“Nobody Speak: Trials of the Free Press” uses the 2016 lawsuit between Hulk Hogan and Gawker Media as a foundation for its argument that journalism is under siege by a plutocratic mob. This thesis is persuasive, and documentarian Brian Knappenberger levies a noble condemnation of the power brokers who attempt to silence the press whenever unsavory truths lurk beneath the surface. The film’s dubious and rushed structure, however, mutes the effect of its timeliness and wisdom. “Nobody Speak” has an essential message but it lacks a cohesive assemblage of its ideas

“Nobody Speak” errs with its narrative mapping. Knappenberger starts the documentary with an overview of the Hulk Hogan-Gawker trial. In short: The trial represented the tension between privacy and free speech. Hogan (Mostly referred to in the movie by his legal name, Terry Bollea) sued Gawker for publishing a clip of his sex tape. Gawker claimed that it had a right as a free media outlet to publish it, especially given Hogan’s status as a celebrity and his seemingly playful conversations about the sex tape in various media appearances. The jury sided with Hogan and awarded him a flabbergasting $140 million in damages, a verdict that bankrupted Gawker and its defendants, founder Nick Denton and writer A.J. Daulario. “Nobody Speak” takes a provocative look at the complexities of the case, though its allegiances are firmly in the Gawker camp. The movie is a bit sloppy and disingenuous, though, in the manner in which it connects the dots between the Gawker case and the overall national attack on the free press.

Knappenberger cities Peter Thiel’s secret financing of Hogan’s legal bills as the thread that ties the Gawker case to other usurpations of journalism’s independence. Indeed, there are connections to be made. Thiel, a Silicon Valley billionaire known for his libertarian streak and for his support of Donald Trump, bankrolled Hogan’s lawsuit in part out of a desire to fulfill a vendetta against a media organization that he deemed nasty and low-class. In his use of wealth and influence to police media content, Thiel bears something in common with Sheldon Adelson, the magnate whose purchase of the Las Vegas Review Journal undermined the autonomy of the paper’s editorial staff, and Donald Trump, whom Thiel lauds and whose presidency has been tattered with constant cries of “Fake News.” “Nobody Speak” spends the bulk of its second half examining Adelson’s takeover of his city’s newspaper and Trump’s war on journalists, and the linkage of Thiel, Adelson, and Trump is clear.

It is disappointing, then, that the movie’s jerky transitions from one thread to the next do not rise to the level of its thematic potential. The investigation of Thiel’s intrusion into the dealings of the press is compelling, but it is too entangled with more frivolous matters, such as fawning interviews with Gawker staff about their rose-colored perceptions of Gawker’s importance. The chapter on Adelson and the Las Vegas Review Journal carries a more sustained focus, but it eventually yields to a disjointed final act revolving around Trump’s assault on the press. The pieces don’t really coalesce on screen, even though they do mesh well on an intellectual level. “Nobody Speak” would have benefited from a stricter editing job.

Brian Knappenberger is a talented and conscientious documentarian, and “Nobody Speak: Trials of the Free Press” provides glimpses of incisiveness. But the final product is a bit too unpolished. This is a movie best consumed in fragments (The section on Adelson plays like a taut piece on “60 Minutes”), the work of a filmmaker fitting his concepts into an imperfect frame.