​Europe has always been an exciting backdrop for films. Bringing projects to life in a different and exciting way, it is always refreshing to see films set in Europe. Especially when spy films are set to this background. With twists, turns, lies, deceit and a European backdrop, this sub-genre has produced a great deal many films over the years that continue to be watched and re-watched till this day. With the release of “Atomic Blonde” this week, we here at Next Best Picture have decided to take a look our favorite spy films set in Europe (In no particular order).

Sure, this first film on our list may be set all over the place for a spy film but with two huge mega stars in Brad Pitt and Robert Redford, “Spy Game” is a swift spy film directed by the late Tony Scott. Told through a series of flashbacks, the film tells the story of the relationship between Tom Bishop (Pitt) and his mentor Nathan Muir (Robert Redford). One is about to face his retirement while the other is about to face his death via execution. Muir sets off undercover to save his friend before he meets his fate while trying to dodge the very agency that made him who he is. Set within a 24 hour period, “Spy Game” is an engaging espionage thriller with a central lead performance from one of the last true movie stars of a bygone era.

​What is probably the most revolutionary spy film on this list for the 21st Century, “The Bourne Identity” is a fantastic action film with a lot of heart and soul. Not only is there the character development with Jason Bourne and his antagonists, but also just the sheer passion that oozes off the screen from director Doug Liman. The direction is immaculate and the editing/cinematography is absolutely riveting at times as we see this confused weapon of a man trying his best to piece back together his past, all the while dodging various assassins in the process. “The Bourne Identity” is a fantastic action film. While the other films in the franchise may have expanded upon the first and may be considered greater, this Europe set film is the one that started it all. Sadly the film did not receive any Oscar nominations but it still holds a really dear place in our hearts.

​Making for the second Spielberg film to hit this list, “Munich” is an underrated masterpiece. There are many moments throughout such as the reenactment of the killing of the hostages which ranks up there with some of the best work Spielberg has ever done. “Munich” also has some amazing performances, including possibly a career best from Eric Bana. “Munich” is also a great study into the Black September aftermath and the examination of vengeance. Receiving five Oscar nominations but no wins, “Munich” comes real close to being one of the best films Spielberg has ever made.

​The winner of the Academy Award for Best Foreign Language Film in 2006, “The Lives Of Others” is an unglamorous take on the spy thriller as it shows a country spying on its own dark history. Set in 1984 in East Berlin, agent Gerd Wiesler (Ulrich Muhe, who passed away right when the film was being seen by American audiences) is assigned a mission to spy on a playwright because a high ranking party official is in love with the writer’s girlfriend. The film is a deep exploration of one’s true loyalties with a staggering performance from Muhe who underplays the role with a sadness that never veers into sentiment. Unfortunately, director Von Donnersmarck did not go on to do a successful follow-up after this (He went on to direct “The Tourist” next), but we will always have this gem from him and Gerd Wiesler.

​If there is any film on the list with the best ensemble, then it is probably going to be Tomas Alfredson’s “Tinker Tailor Soldier Spy.” This film is absolutely filled with brilliantly nuanced performances that it’s hard to single just one of them out. Gary Oldman captivates the screen, as usual, while Mark Strong delivers a career best. Every single character is their own powerhouse in a unique way. “Tinker Tailor Soldier Spy” is a brilliant character study film and an ever greater film within the spy genre for its technical achievements, mood, and confidence in how it tells its convoluted story. The film was nominated for three Oscars including a Best Actor nomination for Gary Oldman, the first in his distinguished career. 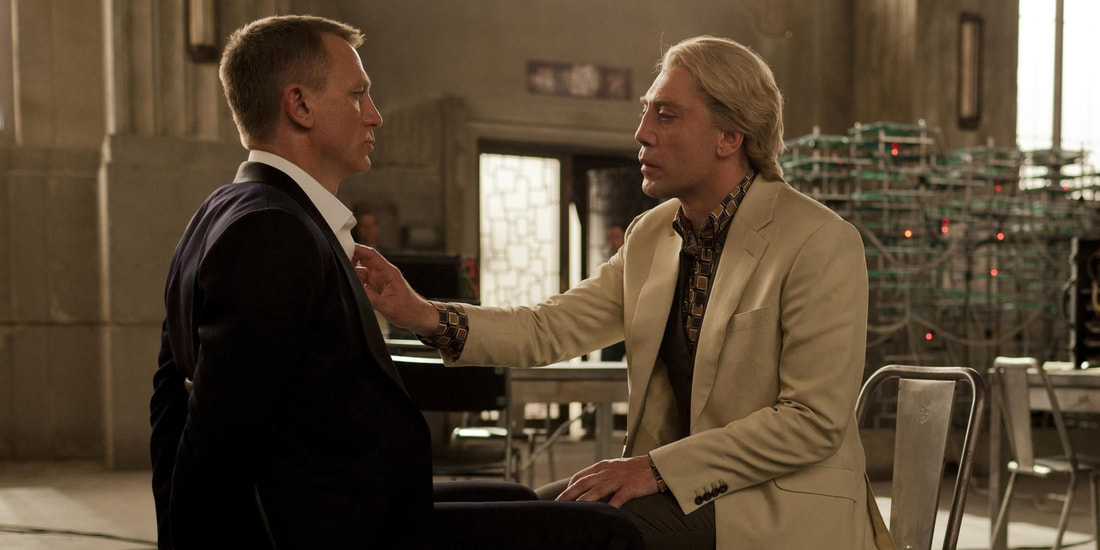 ​”Skyfall” is the third installment in the new wave of James Bond films. “Skyfall” is possibly one of the most exciting James Bond films ever made so it absolutely makes our “Spy films in Europe” list. With the brilliantly directed action sequences from Sam Mendes, to the stunning visual appeal of Roger Deakins, Skyfall is simultaneously a guilty pleasure movie and a decently well-crafted movie. Garnering five Oscar nominations, and taking home two wins, “Skyfall” is one hell of a good time. And yes, we do prefer it over “Casino Royale” but that film is no slouch either within the Daniel Craig era.

​”Kingsman” is easily one of the most enjoyable action films made within the last decade. Based on the comic book “The Secret Service,” “Kingsman” is the definition of a guilty pleasure movie. While not an “Oscar Movie,” the film still proves to be an enjoyable story and a ton of fun to watch. From the crazy, over the top action scenes like the Church scene, to the hilarious interactions between characters, Matthew Vaughn crafts one of the most enjoyable movie-going experiences within the past few years. The film may have received no Oscar attention, however, the sequel will be arriving later this year and will provide Matthew Vaughn with another attempt to impress Oscar voters.

​Philip Seymour Hoffman was undoubtedly one of the greatest actors of his generation. This is undisputable. Before his untimely death, he gave us one final performance which once again proved what a brilliant artist he was. His role as Gunther Bachmann is a quiet yet powerful performance of complexity and depth. Filled with darkness at every turn, Anton Corbjin’s spy thriller exudes dread and is impeccably scripted for such a complicated story from spy master John Le Carre. It’s an underrated film that will continue to live on due to Hoffman’s performance but the movie itself has more than enough twists, turns, and nuance to keep audiences coming back for more.

​Steven Spielberg’s Cold War film where the incomparable Tom Hanks must defend Mark Rylance, a Soviet spy and help the CIA plan an exchange between the spy and a captured US pilot. “Bridge of Spies” is a brilliantly made film by a master working at the top of his craft. The film is considered by many to be the definitive Cold War film as Spielberg’s technical department perfectly recreates Berlin and other various areas within the time period. With an enjoyable screenplay from the Coen’s and Matt Charman, a decent performance from Tom Hanks and of course an Oscar worthy performance from Mark Rylance, “Bridge Of Spies” is a perfectly enjoyable film by the master himself. The film earned itself six Oscar nominations, including a win for Rylance. “Bridge of Spies” is a decently made drama film that carries a good amount of emotional weight and is certainly worth your time.

​Will “Atomic Blonde” join the list this weekend? Matt has already. given his thoughts here but we want to hear what you think as well, so please leave us a comment below, vote on this week’s poll (Voting Ends Saturday evening) and let us know.