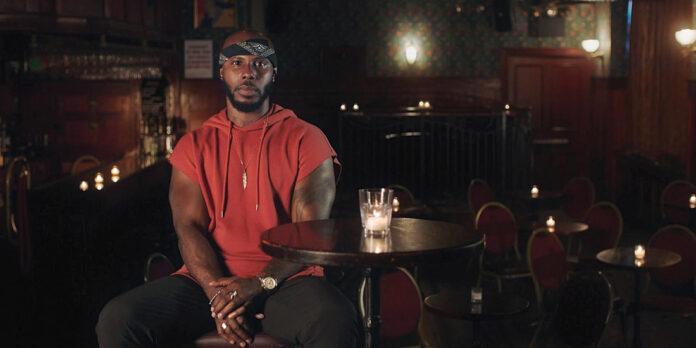 ​​​​​There has been much talk in recent years about who gets to tell what stories. Can a white man direct a film about the experiences of black people? Can a straight person effectively play a gay character? And even if they can, should they? While these questions can be up for debate, the old adage “write what you know” still holds true. Aisling Chin-Yee and Chase Joynt’s outstanding documentary “No Ordinary Man” plays with this idea in a fascinating way.

The film tells the story of Billy Tipton, a renowned jazz pianist who lived as a man but was born as a woman, not just through family members, archival recordings, and scholars, like most documentaries, but through a group of trans men auditioning to play the part of Billy in a film about his life. It’s a bit of a gamble, adding a touch of high concept to what is ultimately a straightforward bio-doc. Still, it pays off in spades, transforming the film from a documentary about Billy Tipton to a film about the trans experience in full. In doing so, it not only humanizes a man who was treated as a tabloid freak after his death but sheds light on the universal experience of every trans person, offering both micro and macro insights that bring the audience into a community with which they might have only a passing familiarity at best. And it does so without ever feeling like a history lesson or like the audience is being talked down to. It is, in short, something of a miracle.

Key to the film’s success is the small army of talking heads Chin-Yee and Joynt have assembled, starting with the actors “auditioning” for the role of Billy. Encompassing a range of different body types and personalities, including a black man, even though Billy was white, these men each bring something different to their readings of imagined scenes from Billy’s life. Listening to their conversations with each other and the filmmakers about how they relate to Billy’s story is just as illuminating as listening to academics like Susan Stryker put Billy’s story into historical context. What they all share is that they are uncommonly well-spoken, putting incredibly difficult-to-grasp (for non-trans people) concepts into language that is plain as day. Combined with their welcoming energy and personable natures, this makes “No Ordinary Man” feel lighter than air, even when discussing weighty topics. But the film pulls a rabbit out of its hat when it introduces Billy’s son. He is very clearly still grappling with the post-autopsy revelation that his father was physically a woman; his openness with his feelings is remarkable. But when confronted with the stories of trans people who have seen themselves in Billy’s story, the film turns into something transcendent.

The power of films to change the world is perhaps overstated by those who love them. Considering what small percentage of the world’s population watches films in general and how many of the films that do want to change the world end up preaching to the choir, it’s pretty unlikely that any one film could actually achieve the change it sets out to make. But “No Ordinary Man” genuinely feels like a film that really could change the world because of how simple yet forcefully it lays out the facts of Billy’s experience. Through standard documentary conventions, the film allows Billy’s story to be told by people who didn’t know him but know what he was going through anyway. In turn, that carries over to the audience, who, through watching this film come to understand an experience far from their own. Through deep love for their subject and generosity of spirit, the filmmakers can capture onscreen a breakthrough of understanding in one of the people hurt most by the revelation of Billy’s truth, and the power of that moment – and the film as a whole – feels seismic. “No Ordinary Man” is a breakthrough in trans storytelling, one that will hopefully lead to more films like it, told by the people who know them most intimately.