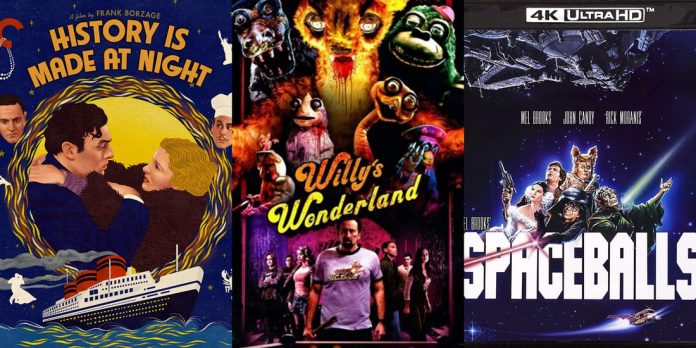 This week features a slew of new titles from Kino Lorber, as well as more recent releases coming to Blu-ray and some of our favorite boutique labels!​

​I’ve been loving the recent Blank Check podcast miniseries on Elaine May’s films and everyone discussing her work on Twitter and Letterboxd, so I wanted to recommend a terrific Blu-ray release of one of her films, and that is the Criterion Collection release of “Mikey and Nicky.” From 1976, this film stars John Cassavetes, Peter Falk, Ned Beatty, Joyce Van Patten, and Carol Grace. This is not only a great crime film and a tremendous one-crazy-night film, but it is also a terrific look at masculinity and the complexities of male friendship.

This Blu-ray release features a new, restored 4K digital transfer supervised by May. This is probably the best this gritty film will ever look and will go down as the film’s definitive release. It includes several new interviews about the making of the film, plus interviews with critics looking back on the film and May’s career as a whole. It also features a 1976 audio interview with Falk. I adore this film and am grateful that the Criterion release has made it more accessible and known to a broader audience. I would highly recommend it to those who are discovering May’s work and fans of Cassavetes and Falk’s frequent collaborations.