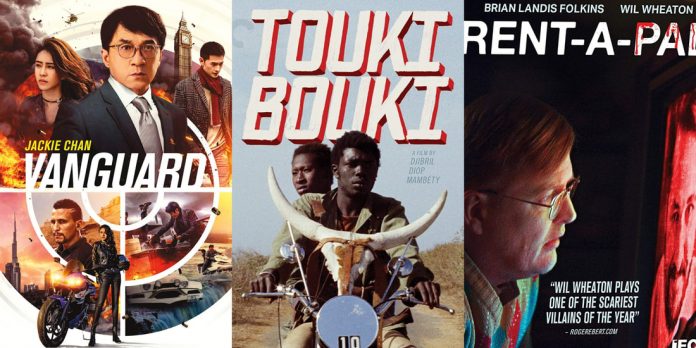 This week is rather light in terms of Blu-ray releases, but there are still some notable titles to discuss!​

​There are two releases from Kino Lorber this week. The first is the 1973 crime drama “The Don Is Dead.” The film was directed by Richard Fleischer and stars Anthony Quinn, Frederic Forrest, Robert Forster, Al Lettieri, and Angel Tompkins. It includes a new audio commentary by critic Sergio Mims.

​Finally, from Warner Archive this week is “The Great Caruso,” the 1951 fictionalized biopic on Enrico Caruso’s life starring Mario Lanza and Ann Blyth.

This week, I wanted to recommend one of my favorite films that happens to be available on 4K: the cult comedy classic “The Big Lebowski” from the Coen Brothers. This 20th Anniversary Edition includes a 4K disc, standard Blu-ray, and a digital download code (something for everybody!). I don’t need to sell people on the merits of this great film, but the release looks and sounds great. The underrated cinematography and hilarious soundtrack come across gloriously. This release does not include any new special features; however, it does carry over everything from the previous Blu-ray release, which are quite a lot of supplements. From new and archival interviews and featurettes on the making of the film and its legacy to trivia and a look inside actor Jeff Bridges’s on-set photography. If you’re a fan of this film or are into collecting 4K discs, this release should be a no-brainer to purchase. Plus, the plethora of special features will please any fan.

​​Are there any releases you will be picking up this week? Let us know in the comments section below or on our Twitter account.