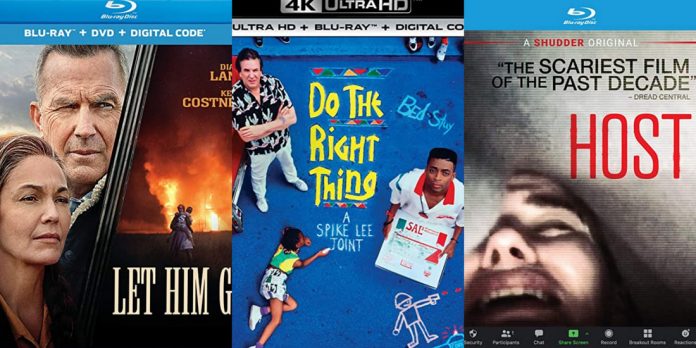 This week, we have quite several unique and underrated films coming to Blu-ray and 4K. From 2020 films to whacky 90s flicks to a 4K of a seminal classic, there are lots to talk about and look forward to!

​Paramount is putting out a number of 1990s films this week to Blu-ray. One of which is Joe Dante’s “Small Soldiers” from 1998. This film stars Gregory Smith, Kirsten Dunst, Jay Mohr, David Cross, Kevin Dunn, and Phil Hartman. Another film is “Mouse Hunt,” starring Nathan Lane and Lee Evans. From 1997, this was director Gore Verbinski’s debut film. Finally, we have the Rodney Dangerfield comedy “Ladybugs” from 1992, directed by Sidney J. Furie.

This week, I wanted to recommend a classic film that I think is not only a cinematic masterpiece but is also a fine example of the importance of film preservation and restoration and that is the Criterion Collection edition of “The Red Shoes.” From 1948, this is the masterwork of the filmmaking team of Michael Powell and Emeric Pressburger about a ballet company and the rise of an ambitious young dancer (Moira Shearer) and her tragic fall. This is a favorite film of director Martin Scorsese. Through his Film Foundation, he was actually the catalyst in restoring this film and overseeing the restorations and preservations for many of Powell and Pressburger’s films. On the Blu-ray, there is a short restoration demonstration hosted by Scorsese, where he goes into the process of restoring the film print and the three-strip Technicolor process, visually highlighting the exact changes made in order to give us the transfer we know now. The film looks absolutely beautiful on this disc. It is truly some of the finest Technicolor ever put to film and top-notch cinematography throughout (with the cinematic highlight being the full ballet sequence).

The Blu-ray also includes a plethora of supplements. In addition to the restoration demonstration, there is an audio commentary track, documentaries, and interviews. There is an audio featurette of the original source novel being read by actor Jeremy Irons. There is also a featurette on Scorsese’s collection of memorabilia from the film. Finally, the Blu-ray includes a 24-page booklet containing writings and illustrations.

Not only would I recommend this Blu-ray as a piece of physical media alone, but I would also recommend the film in general, as it is true cinematic magic. Even if you think you may not like a film about dancing or ballet, you cannot deny the filmmaking craft put into it, allowing you to get completely swept up in the timeless story. Plus, with a more masculine and frenetic filmmaker like Scorsese’s glowing recommendation, there’s really no excuse not to check out this wonderful film.

​
Are there any releases you will be picking up this week? Let us know in the comments section below or on our Twitter account.