New Movies To Stream At Home In June 2020 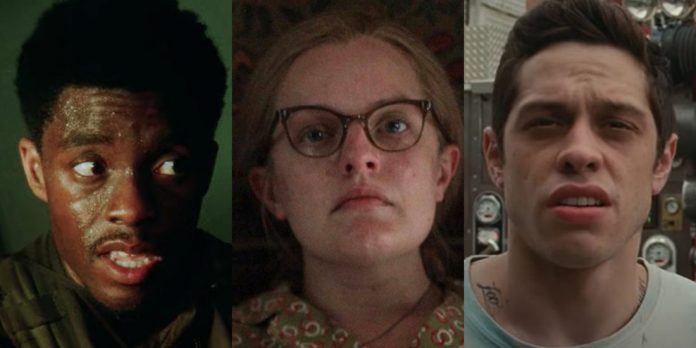 We’re almost at the halfway point of the year. (How did that happen?!) Days have turned to weeks and weeks into months. With June on the horizon, and movie theaters still shut down until (at least) July, the beginning of the summer movie season looks very different in 2020. That doesn’t mean audiences won’t have films to watch this month. Netflix, Hulu, and Video on Demand services are stepping up to make sure there are still movies to kick off the summer movie season. Let’s take a look at what movies will be available to watch at home in June! 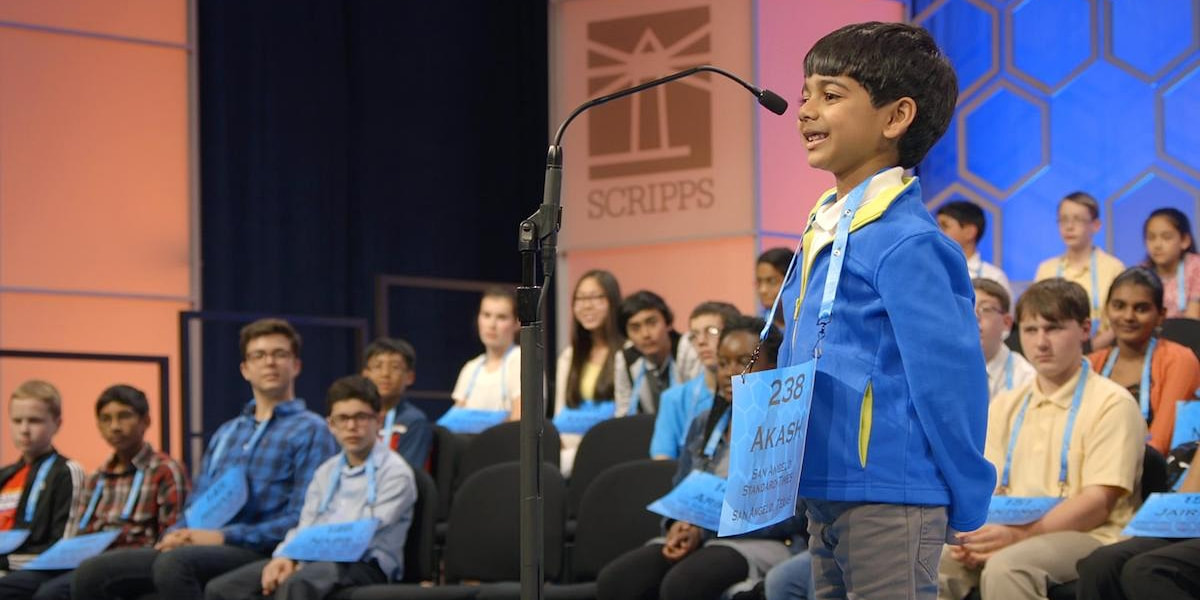 Do you miss the days of standing on a stage shaking with anxiety while waiting for your name to be called during an elementary school spelling bee? If that’s the case, or you love a good documentary, “Spelling the Dream” will be right up your alley. The Netflix doc puts the spotlight on the Scripps National Spelling Bee. It follows the lives of four Indian-American students hoping to win the prestigious tournament. I always enjoyed spelling in school, but I don’t know how these kids get in front of a massive televised crowd to spell the most difficult words known to man. I’ll have to watch and find out the secret to their nerves of steel.

“Spelling the Dream” is available to stream on Netflix (June 3) 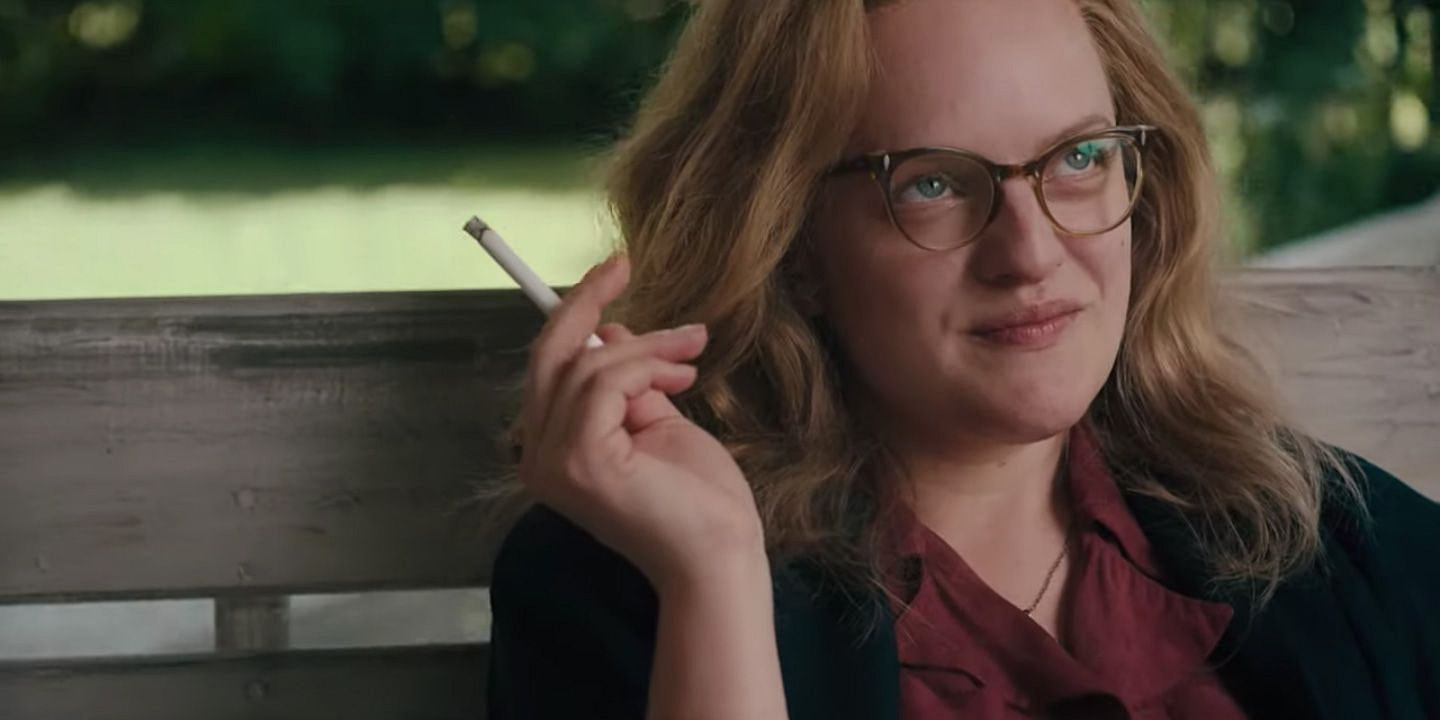 Based on a true story, horror fiction writer Shirley Jackson (Elisabeth Moss) is in the process of writing another novel when newly married couple, Fred (Logan Lerman) and Rose (Odessa Young), arrive to stay at her home. Shirley tries to keep her creative process going, but the new visitors disrupt her writing and put a damper on her marriage to professor Stanley Hyman (Michael Stuhlbarg) Although I haven’t seen the film yet, I do know that Elisabeth Moss has been a force to be reckoned with in her recent acting roles. “Shirley” debuted at the Sundance Film Festival back in January to critical acclaim.

“Shirley” is available to stream on Hulu (June 5) 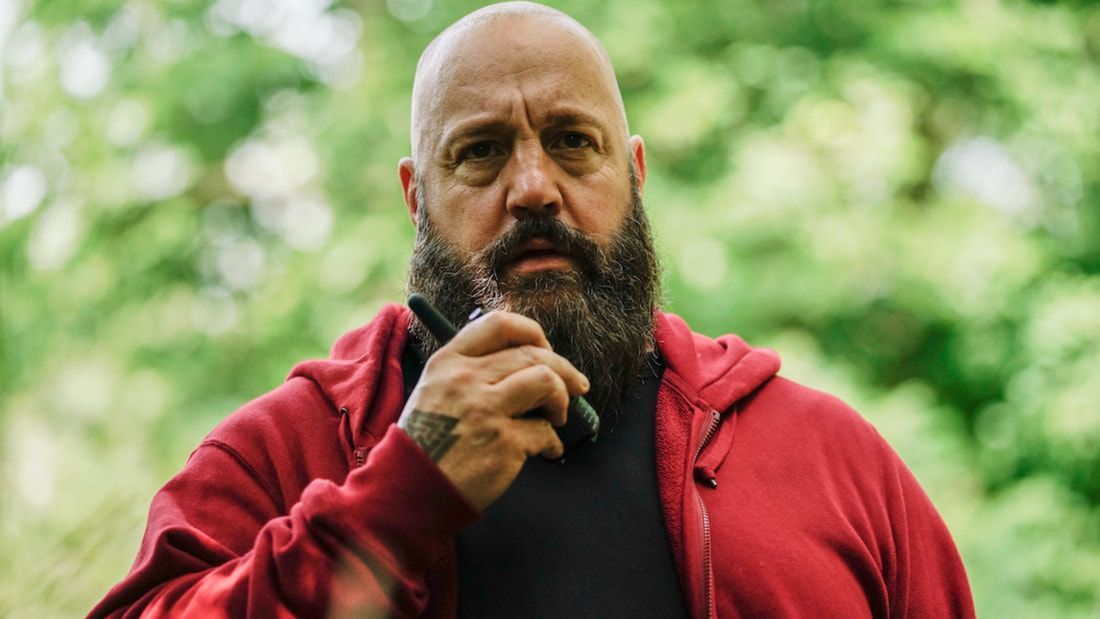 Have you ever wondered what it would be like to see Kevin James of “The King of Queens” and “Paul Blart: Mall Cop” fame play a Neo-Nazi? I haven’t, but “Becky” is going to give audiences that performance whether they asked for it or not. In the film, a teenage girl named Becky (Lulu Wilson) goes on a weekend getaway with her family, only to have a group of escaped convicts attempt to break in their home. Kevin James portraying the villain is a significant acting shift for him. However, I’m not particularly sold by the trailer, which looks nearly identical to the plot of “Home Alone,” except it isn’t Christmas and there are Neo-Nazis involved in the home invasion. (Where is Kevin McCallister when you need him?)

“Becky” is available to watch on VOD (June 5) 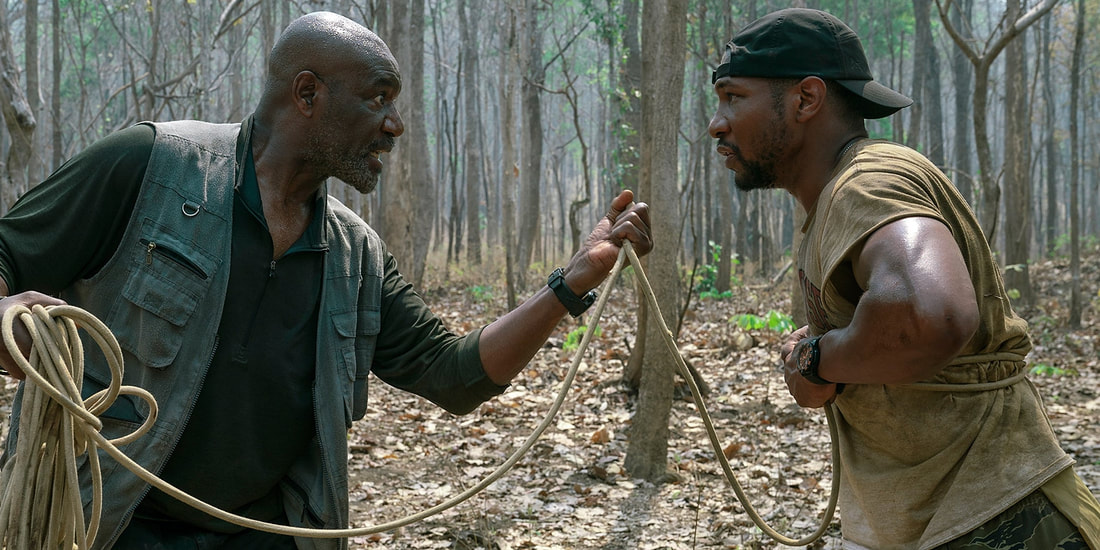 Spike Lee’s latest film follows four African-American Vets, Paul, Oris, Eddie, and Melvin, as they return to Vietnam. They go back to search for the remains of their squad leader and the fortune that he helped them hide. After the overwhelming success of the Oscar-nominated “BlackKKlansman,” fans are excited to see what Spike Lee has created next. It’s the first film of his that will premiere exclusively on Netflix. “Da 5 Bloods” looks to be expertly crafted and filled with action, political themes, and great performances by the likes of Chadwick Boseman, Jonathan Majors, Clarke Peters, and more.

“Da 5 Bloods” is available to stream on Netflix (June 12)

​The King Of Staten Island 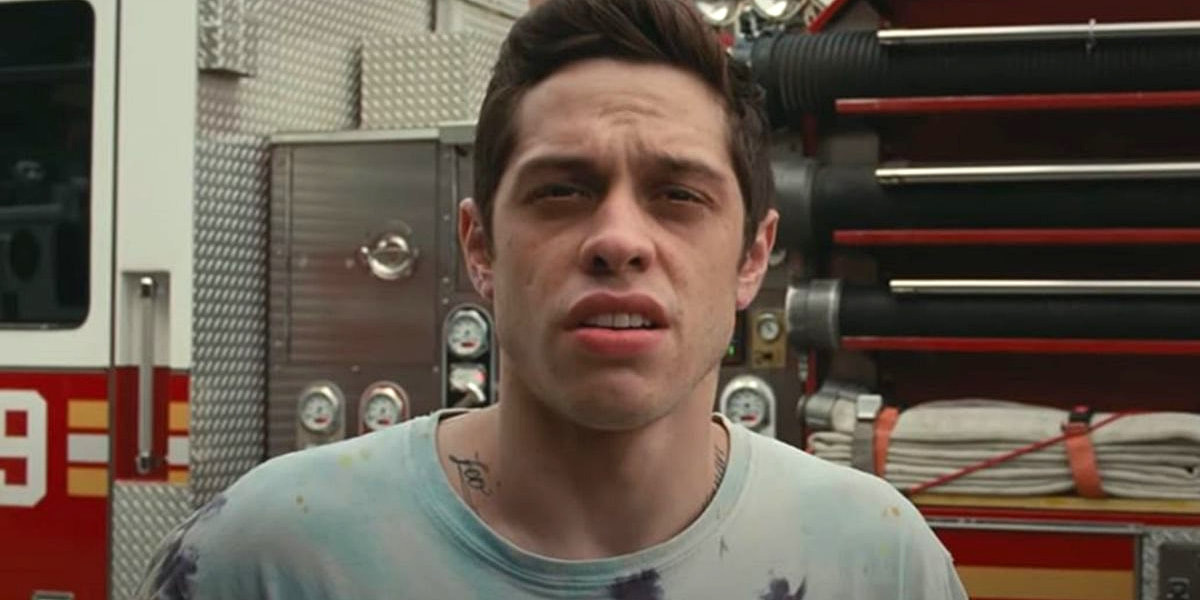 “Saturday Night Live” cast member, Pete Davidson, has made headlines countless times in the last few years for antics involving his personal life; but “The King of Staten Island” looks to show audiences another side of the performer. The semi-autobiographical film is directed by Judd Apatow and written by Davidson. It’s about a man loosely based on the comedian himself, who lost his father in 9/11 and grew up on Long Island. After years of trying to find himself, he takes up an interest in stand-up comedy. Based on the trailer, the film looks to be a mixture of comedy and drama. I’m very interested to see Davidson in a leading role outside of his “SNL” schtick. 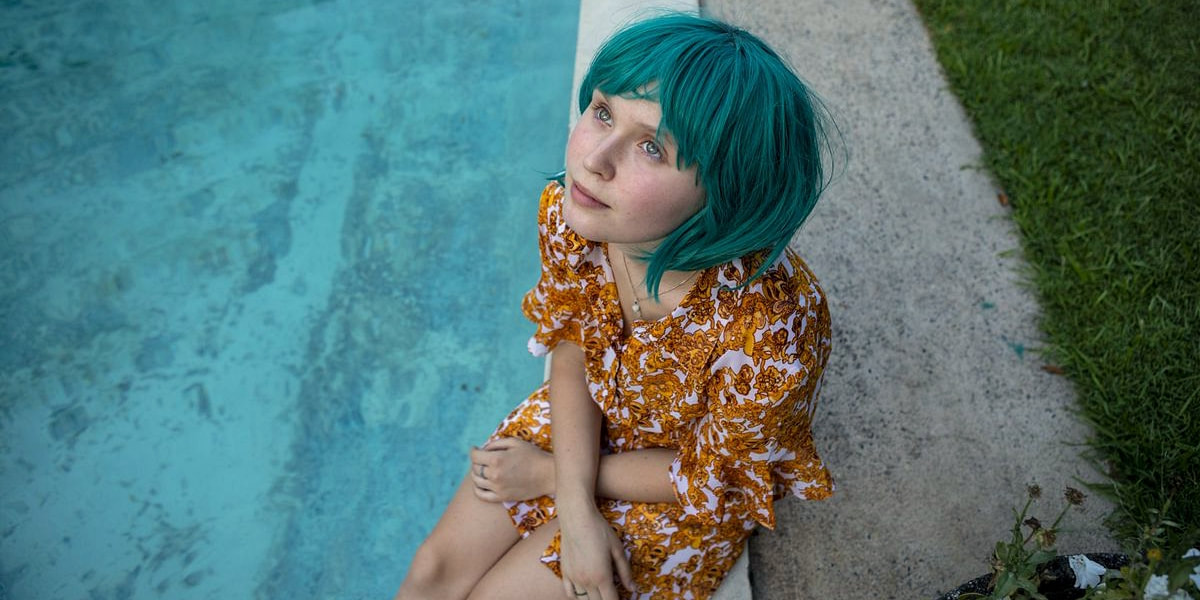 In the directorial debut feature from Shannon Murphy, a terminally ill teenager, Mila (Eliza Scanlen), falls in love with a drug dealer causing her parents great distress. However, her newfound happiness raises the question of how to be a good parent to a terminally ill teen? After playing a range of fantastic supporting roles in “Sharp Objects” and “Little Women,” it will be great to see Scanlen get to play the lead in a film. “Babyteeth” has received critical praise since its debut at the 2019 Venice Film Festival.

“Babyteeth” is available to watch on VOD (June 19) 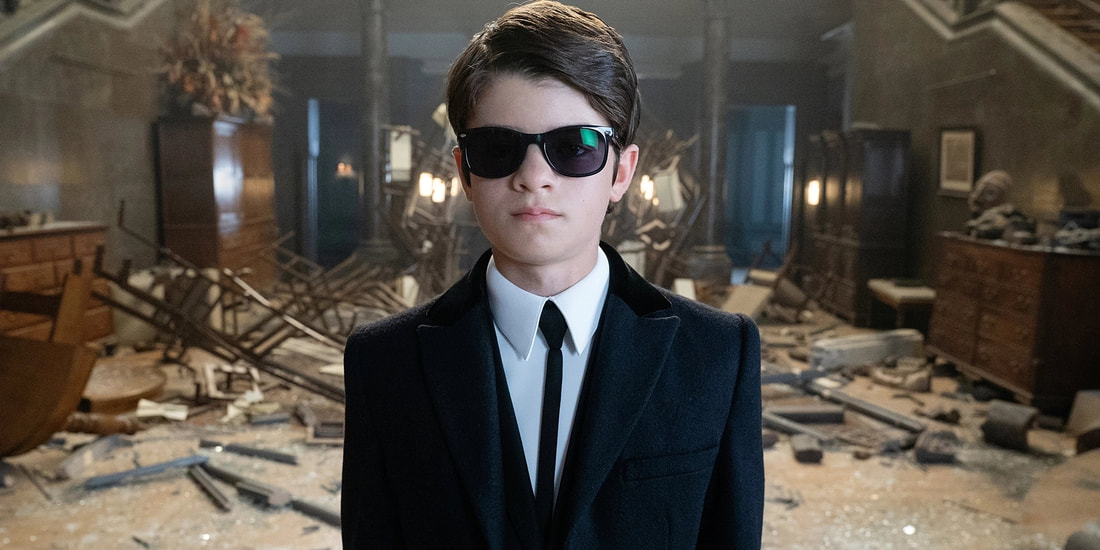 What a journey “Artemis Fowl” has been through. If you ever want to do a little reading, but don’t feel like picking up an entire book, just go on to the “Artemis Fowl” film’s Wikipedia page and click on the “Production” section. To sum just a little bit of the drama up, this movie had a $125 million budget and was set to premiere May 2019 in theaters. It was delayed an entire year to May 2020. We all know that didn’t happen. So, guess where the $125 million “Artemis Fowl” is going? Straight to Disney+. The film is based on the novel of the same name about a young boy who hunts down a secret society of fairies to find his missing father. Despite all of the production problems, this movie actually has a pretty good cast: Colin Farrell, Judi Dench, Hong Chau, and Josh Gad all appear in the movie. Will “Artemis Fowl” be good? Based on the trailer and production problems, I’m certainly not overly optimistic. However, I’ll give it a shot.

“Artemis Fowl” is available to stream on Disney+ (June 20) 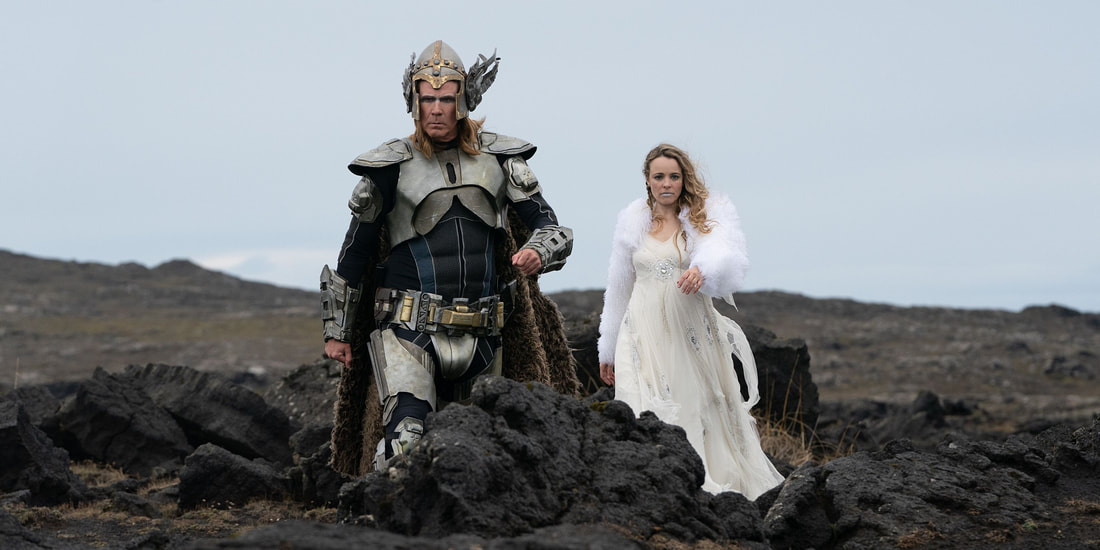 If you breezed past this title and thought it was a reality singing show, you’re not alone. This is actually a satirical Will Ferrell comedy about two European musicians, Lars Erickssong (Ferrell) and Sigrit Ericksdottir (Rachel McAdams), hoping to get their big break at Eurovision. The only promo that’s been released for the film is a humorous music video titled “Volcano Man,” and if the movie follows the same path, audiences are in for some laughs.

What movies are you most excited to watch in June? Let us know in the comments section below or on our Twitter account.