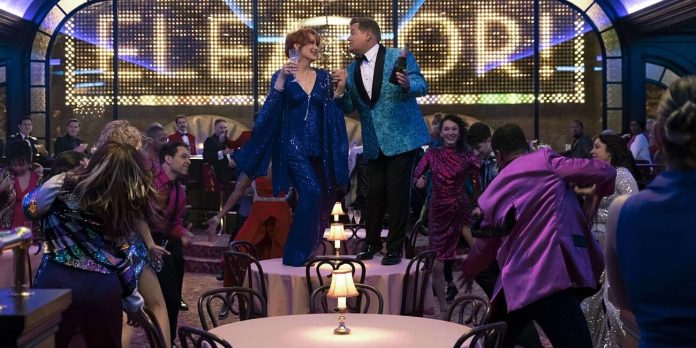 By Casey Lee Clark
​
​According to Variety, Netflix has announced the acting submissions they will be campaigning this awards season for their upcoming movie-musical adaptation of “The Prom” directed by Ryan Murphy. Meryl Streep, James Corden, and newcomer Jo Ellen Pellman will be campaigned in the lead categories while the remainder of the cast, including Nicole Kidman, Kerry Washington, Andrew Rannells, Keegan-Michael Key, and Ariana DeBose, will be campaigned in the supporting categories.

​Based on the Broadway musical of the same name, “The Prom” “tells the story of a troupe of self-obsessed theater stars who swam into a conservative Indiana town to support a high-school girl who wants to take her girlfriend to prom.”

While there was some speculation as to whether Streep specifically would campaign lead or supporting, the confirmed placements match that of the original Broadway production and where those respective roles were campaigned at the 2019 Tony Awards. This also confirms the placements for the actors for the Golden Globe Awards, where this film is sure to make a splash in the Comedy or Musical categories.

While the original Broadway production received those lead nominations for performers Beth Leavel, Caitlin Kinnunen, and Brooks Ashmanskas at the Tonys, it is still left to be said whether their big screen counterparts will translate those nominations to Oscars or if this will only go as far as the Golden Globes.

The film is set to be released on Netflix on December 11th.

What do you think of this news? Do you think Streep had a better chance at a nomination in Supporting versus Lead? How do you think “The Prom” will factor into this year’s awards season? Did the previously released teaser trailer excite you for the film? Let us know in the comments section below or on our Twitter account.