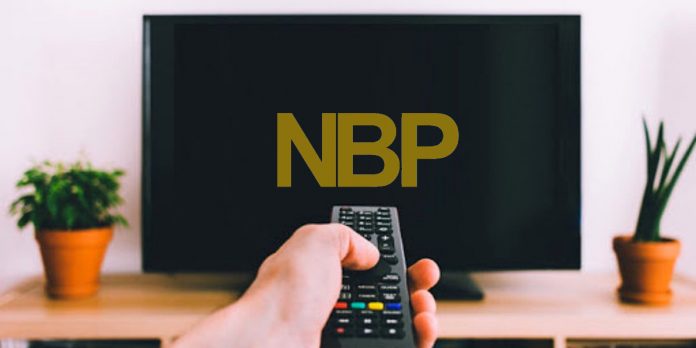 By Dan Bayer
​
In the age of coronavirus quarantine, theaters are closed, film festivals have either been canceled or moved online, and everyone should be staying inside as much as possible. This is a perfect time to watch a lot of movies, which means it’s also time to play amateur film festival programmer. So here’s my first attempt at one day of a quarantine film festival, using films that are available on the Big Three streaming platforms (Netflix, Hulu, and Amazon Prime). Be ready for another day next month, and we will continue as long as we are without movie theaters.

For this festival, I wanted to focus on the thought that has been getting me through most days the past couple of weeks: It could be worse! Specifically, dysfunctional families. I live alone in my own apartment, but I have plenty of friends and colleagues who are cooped up with their significant others, small children, and even their parents and grandparents, and they all say it’s driving them insane. So take a day, watch these movies, and it might just make you look at your own family with a newfound sense of appreciation. 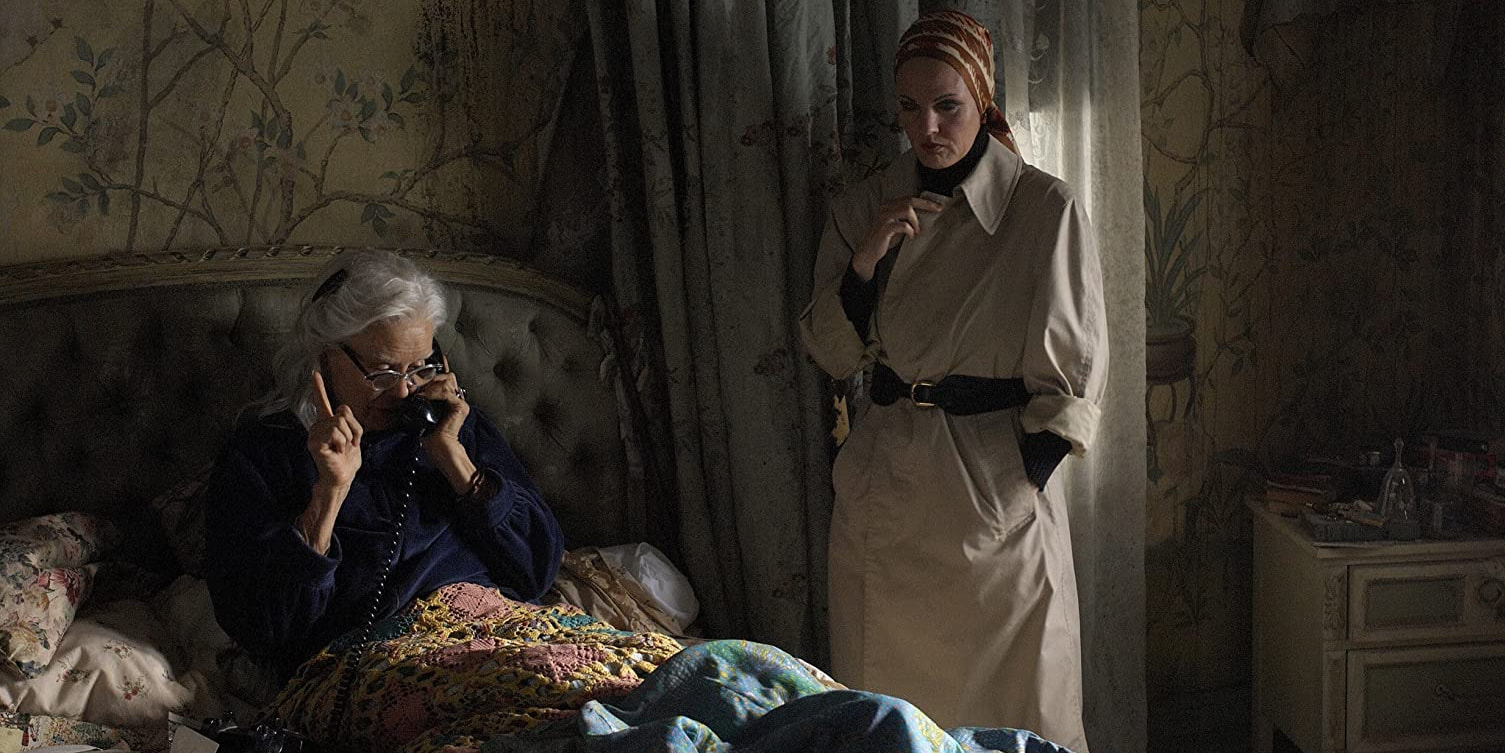 Let’s start with something a little light. The story of “Big Edie” and “Little Edie” Beale, cousins of Jacqueline Kennedy Onassis, is just as fascinating now as it was back in the day. A mid-century mother and daughter who suffered mightily at the hands of the society they were born into until all they had was each other, lots of cats, and the rotting old mansion in which they lived. Watching Jessica Lange (fantastic as ever) and Drew Barrymore (never better) transform themselves into these toxically co-dependent women is entertaining, until it becomes tragic. And, hey, watching it might just inspire you to take a step outside or clean the house (which are good things). *Feel free to substitute it for the 1975 documentary if you subscribe to the Criterion Channel, but this dramatization is just as good.* 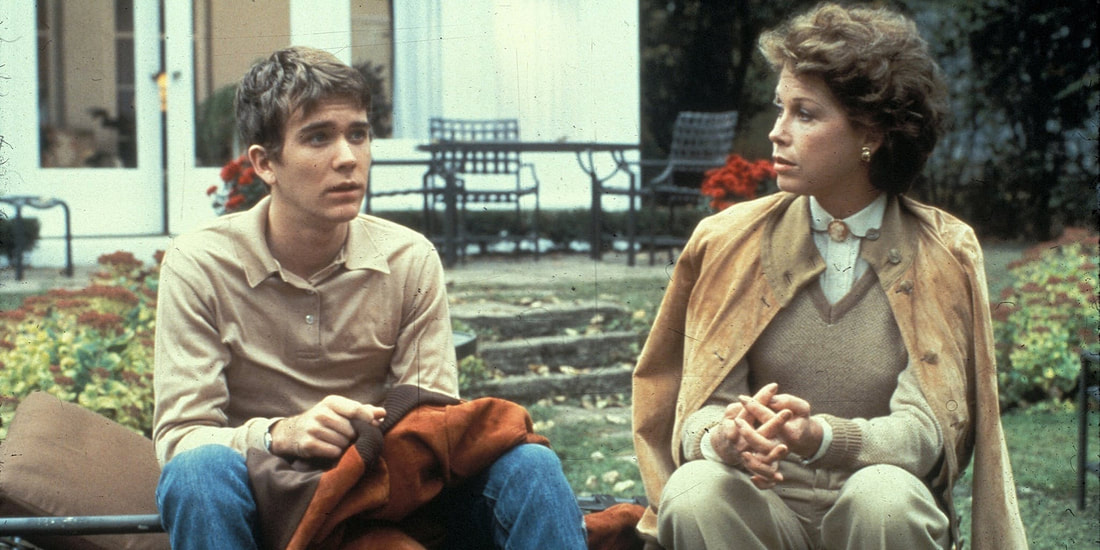 Time for an Oscar winner, don’t you think? Robert Redford’s drama won four Oscars back in the day, including Best Picture. After a young man’s accidental death, his affluent family begins to fall apart. Mother Mary Tyler Moore is bitter and lashes out; brother Timothy Hutton (who won the Oscar for his performance) is wracked with guilt; father Donald Sutherland is desperately trying to keep the family together. The performances dig deep into the souls of these characters, and all we can do is watch and pray that they come out better on the other side. 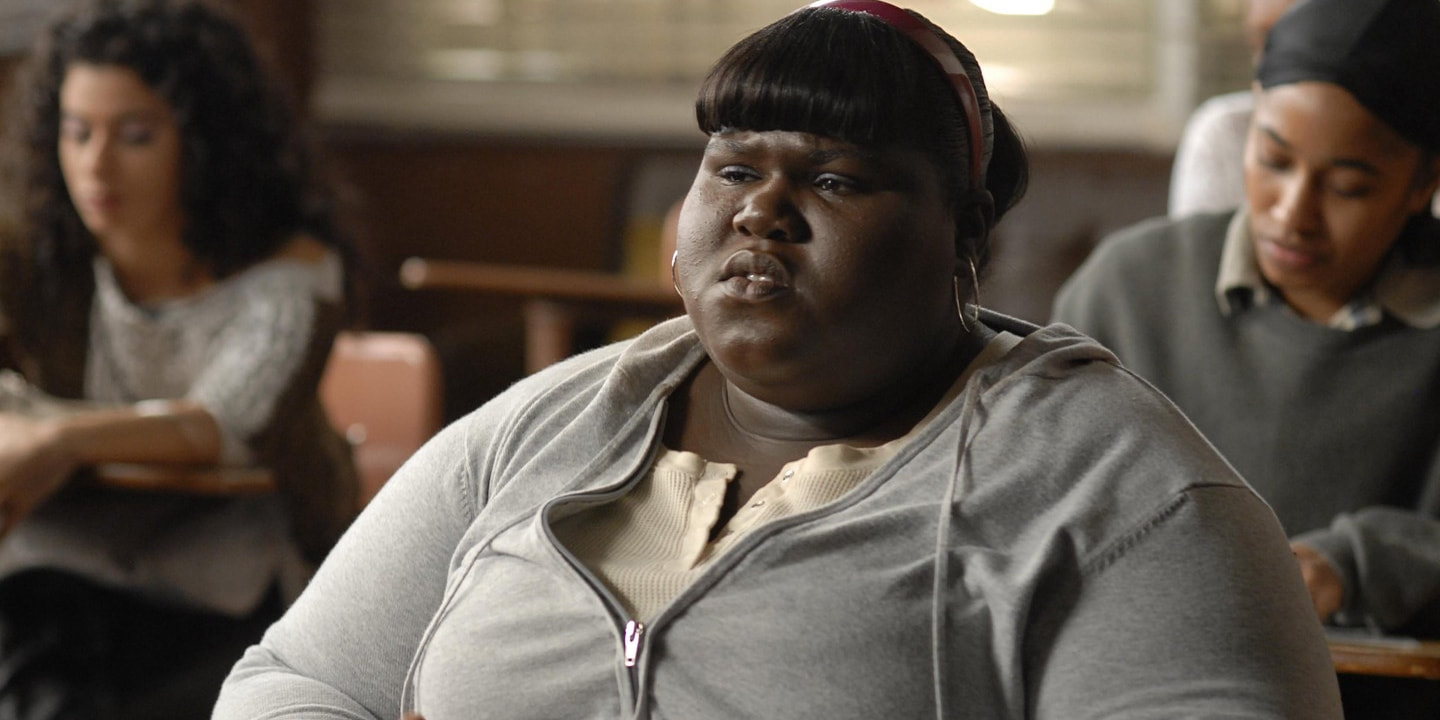 Claireece “Precious” Jones is just trying to get by in 1980s Harlem. That’s hard enough when you’re an overweight black teenage girl, harder when you’re pregnant with your second child (by your own father), and even harder when you have a mother like Mary Jones. Abusive, both emotionally and physically, Mary is an absolute monster of a person, brought to life in a blistering Oscar-winning performance by Mo’Nique. Life in the Jones household is a nightmare of fried food, thrown televisions, and vicious fights. It’s an environment that not many people could survive, but thanks to a new teacher and an empathetic social worker, Precious starts to come into her own. Gabourey Sidibe’s performance is a monumental achievement, wearing a scowl like a suit of armor in order to get through the day until the moment comes when her world opens up and she finally sees what love truly looks like. 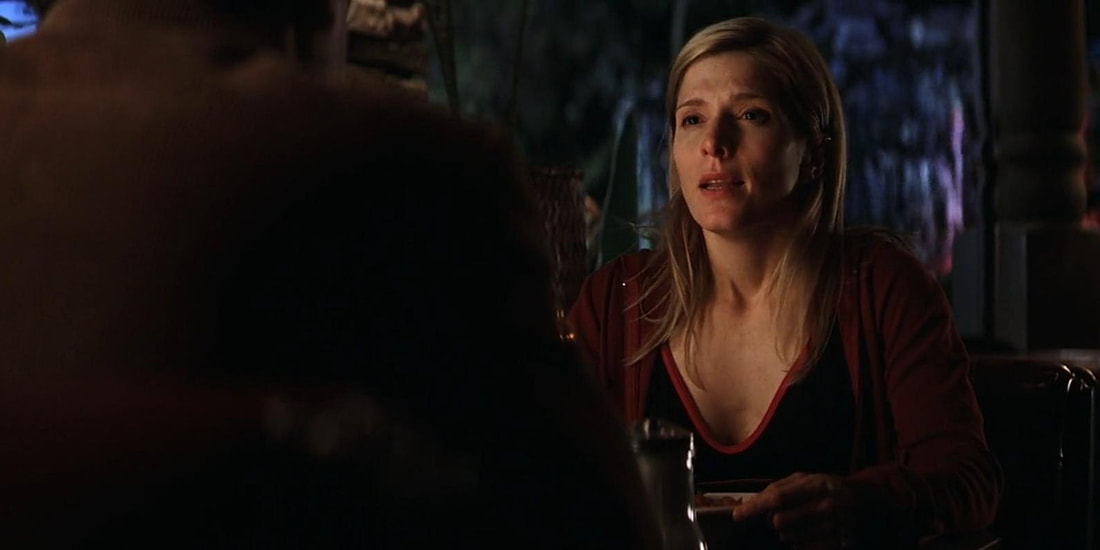 Feeling isolated from being cooped up in your house all day? Well, imagine what it must feel like to feel isolated even when you’re surrounded by people all day. Paul Thomas Anderson’s hypnotic symphony of disillusionment may not be for everyone, but you won’t find more dysfunctional people per capita in many other films. The cast (including Julianne Moore, John C. Reilly, Jason Robards, William H. Macy, Melora Walters, Melinda Dillon, Philip Baker Hall, and the Oscar-nominated Tom Cruise) is unbeatable, as are all the technical elements. Life sucks, and then you die. Or get rained on by frogs. Your choice. 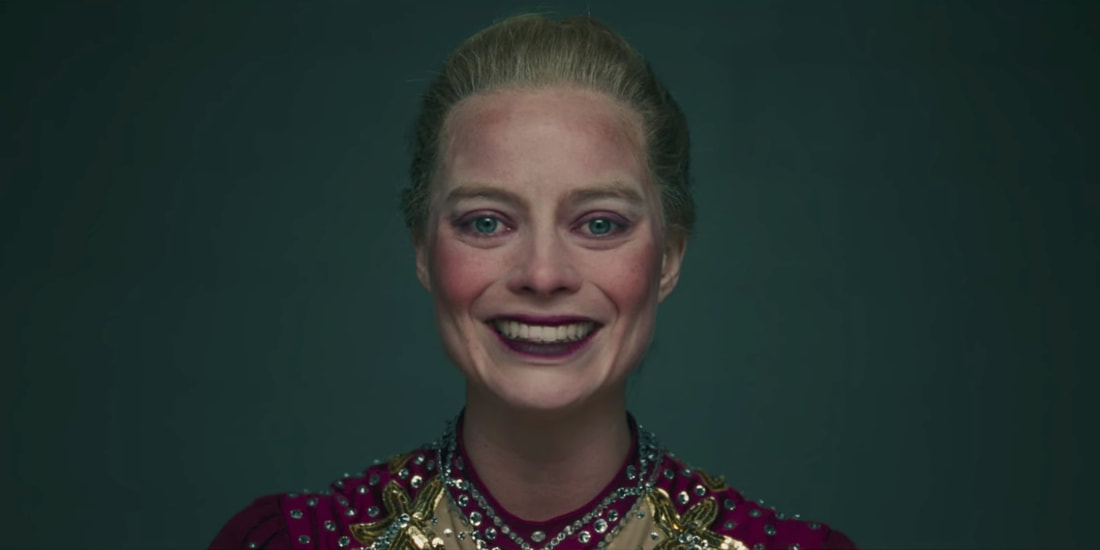 Need a bit of a pick-me-up? Sometimes life is so terrible that you just have to laugh, so let’s laugh at the cruelty of the life of figure skater Tonya Harding! I know that sounds mean, but that’s pretty much the film’s modus operandi as Tonya (a phenomenal Margot Robbie), her overbearing mother (Oscar winner Allison Janney), her abusive husband (Sebastian Stan), and their associates provide the film a sardonic documentary talking-head style narration. Tonya’s hardscrabble life is full of difficulty – sometimes because of her family’s poverty, sometimes because of her own spiky disposition. But despite that, she manages to become a National Champion figure skater and two-time Olympian… but at what cost? “I, Tonya” may be muddled in what it’s trying to say about America and the media, but it’s a hell of an entertaining ride. 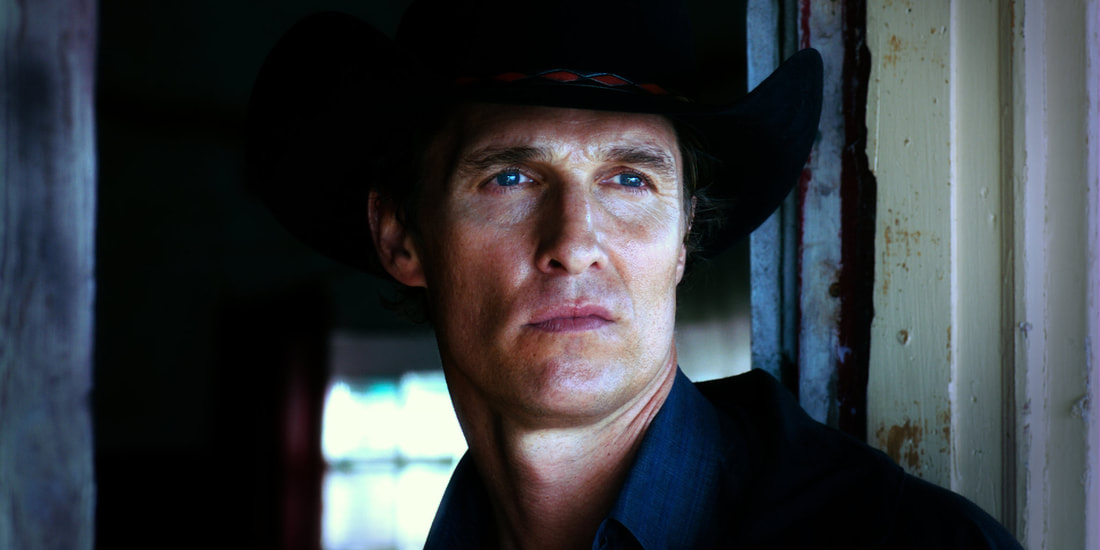 To finish, let’s indulge in a good midnight movie from the twisted minds of writer Tracy Letts and director William Friedkin. Matthew McConaughey stars as the titular Joe, hired by a desperate young man to kill his mother to collect insurance money. Only… nothing quite goes according to plan. And that’s all I’ll say since part of the fun of “Killer Joe’s” wallow in misery is not knowing what’s coming. And yes, I know, I just described it as a “wallow in misery,” but there’s plenty of pitch-black humor here too. Have a smoke or a glass of wine, relax, and go with the flow. Just be ready for some fried chicken.

Be sure to check back for additional days of at-home film festival programming from us and feel free to provide suggestions in the comments section below or on our Twitter account.