Most Anticipated Documentaries At This Year’s Sheffield DocFest 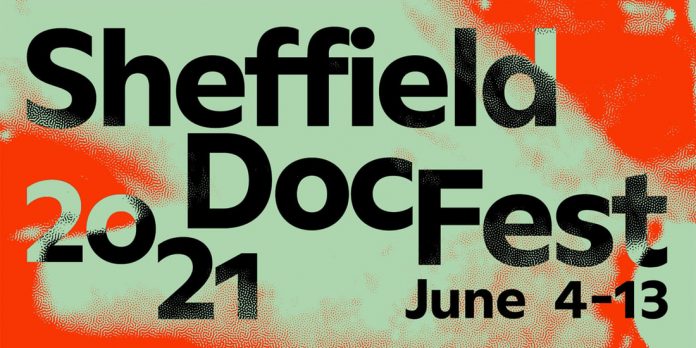 ​This year’s line-up includes an impressive 55 world premieres, as well as 22 International premieres, 15 European premieres, and 59 UK premieres from 57 countries with 63 languages represented. The festival has various strands: Into the World, Ghosts and Apparitions, Rhyme and Rhythm, Retrospective, Rebellions, DocFest Exchange: Beyond Our Own Eyes. As well as the International Competition strand and the UK Competition Strand.

The festival’s opening night film will be “Summer of Soul (…Or When The Revolution Could Not Be Televised),” which is the acclaimed debut by filmmaker Ahmir ‘Questlove’ Thompson. For six weeks in the summer of 1969, just 100 miles south of Woodstock, The Harlem Cultural Festival was filmed in Mount Morris Park. This epic event celebrated Black history, culture, and fashion. However, after that summer, the footage was never seen and largely forgotten until the present day. For the closing night, the festival will be screening Mark Cousins’ latest film, “The Story of Looking,” which sees the filmmaker prepare for surgery to restore his vision. Throughout his own personal journey, Cousins explores the role that visual experience plays in our lives.

The Into the World strand showcases essential films that focus on specific and urgent themes that take varied approaches to explore our past, present, and collective future. There are a few films I am keen to catch, such as Luke Holland’s “Final Account,” which looks at the last living generation of everyday citizens who participated in Adolf Hitler’s Third Reich. This documentary features interviews with men and women who have to face their memories of their roles in one of the most horrendous crimes in human history.

Another film is Dan Reed’s “In The Shadow of 9/11,” which tells the story of a post-9/11 real-life thriller fabricated by the FBI in which seven innocent young Black men from Miami were accused of plotting mass murder with Al Qaeda. You may be familiar with Reed’s previous work, “Leaving Neverland,” which was a shocking and eye-opening film, so I am sure his latest documentary will be just as impressive. This film feels incredibly timely with all the events that took place last year surrounding the tragic death of George Floyd and police brutality. This is undoubtedly a film that I feel many of us could benefit from watching.

Another film that I think we could all benefit from seeing is Ying Laing’s “The World of Mindfulness,” which sees the filmmaker following his son trying to find a way to fly around the world by using a paper airplane carrying Iranian filmmaker Abbas Kiarostami’s portrait. The film promises to deliver a unique glimpse into the simplicity of childhood and show us how we should all incorporate that childlike wonder into our everyday lives.

With a title like “Ghosts & Apparitions,” you would naturally assume that the festival has a horror strand. However, “Ghosts & Apparitions” is actually about exploring our notions and experiences of reality. The strand features films from 1945 until 2021, and one of these films is the 1985 Taiwan film “The Time to Live and the Time to Die.” The documentary is regarded as a masterpiece of Taiwan New Cinema in the 1980s, but its form, narration, and aesthetic are all similar to the form of the personal documentary; sentimental and touching. This film encourages viewers to revisit their memories and preserve their own personal history.

The DocFest’s Rhyme and Rhythm strand promises to showcase films where cinema and other art forms meet. Each film offers one artistic expression within another and spotlights the work of different artists: Beth B on Lydia Lunch; Kim O’Bomsawin on Josephine Bacon; Michael Cumming and Stewart Lee on Robert Lloyd; Rob Roth on Blondie; Vivian Kleiman on Alison Bechdel, Howard Cruse, Jennifer Camper, Rupert Kinnard, and Mary Wings; Vivian Ostrovsky on Chantal Akerman; Chantal Akerman on Sonia Wieder-Atherton; Yael Abecassis on Raymonde El Bidaouia and more. A truly diverse range of creative talents expresses their beliefs, values, and unique perspectives from across the world.

One of the films from this strand that I am personally keen to catch is “Blondie: Vivir En La Habana” as I’m a huge Blondie fan. In 2019, a 40-year-long dream came true for Blondie when the band was invited to tour Havana, Cuba. For songwriter and guitarist Chris Stein, growing up in New York, Latin music was always “part of the background of life.” For the legendary post-punk group, this trip gives them the chance to collaborate with incredible Cuban musicians.

I’m also eager to catch “Witches of the Orient,” which is the second feature film by filmmaker Julien Faraut. This documentary tells the story of the infamous ‘Witches of the Orient,’ a Japanese women’s volleyball team. They are all now in their 70s, and they are reunited to eat, talk, and share their memories. In telling the remarkable story, “The Witches of the Orient” spans from the squad’s beginnings to their triumph at the 1964 Olympic Games in Tokyo, which followed a record 258 successive wins that remain unbeaten to this day. Their popularity resulted in creating manga characters, cartoons, and anime series – all based on the team.

Another film that has caught my eye is “Lift Like A Girl,” which follows Egyptian female weightlifters as they train to become Olympic champions. One of these women is 14-year-old Zebibawho trains under the visionary Captain Ramadan. Can Zebiba direct her focus to be the weightlifting champion that her coach feels confident she is capable of becoming?

The festival’s “Rebellions” strand features several prominent and important documentaries which bring our attention to certain unjust systems of power and urgent topics. Widespread conversations about anti-Blackness, police violence, white supremacy, and prison abolition are paired with crackdowns on protests in the name of public health, lead us to reframe contemporary resistance and historical struggles. The films in this strand help illuminate the vital role that film plays in documenting the issues and the struggles that many people face across the world and help to shine a spotlight on injustices that these people fight against.

One of the films from the “Rebellions” strand that has caught my attention is Aliaksei Paluyan’s documentary “Courage,” which tells the story of three actors from an underground theatre who find themselves being caught up in mass protests regarding the presidential elections in Belarus. The actors took to the open streets of Minsk to protest for freedom of speech and the long-awaited change of power, but the people’s voice was brutally crushed. The film brings together stunning footage from the front lines of the demonstrations and an exploration of the lives of the hopeful and creative people who participated.

Another film that I’m keen to see is Yael Bartana’s “Two Minutes to Midnight,” which shows a group of actors gathering on a stage, who are playing the all-female government of a fictional nation. Together, they discuss the global emergencies of our male-dominated reality. The performance examines the impact that female-led governments would have on the way that international crises are resolved.

Anais Taracena Guatemala’s “The Silence of the Mole” is another documentary that sounds intriguing. In the 1970s, a journalist who called himself ‘The Mole’ infiltrated the bowels of Guatemala’s most repressive government in order to help the resistance, accessing information about political violence that the military government had been planning. Today, the search for this unusual character probes the cracks in the walls of silence that surround this country’s hidden history.

The festival will also be holding a special Retrospective strand, which will spotlight and celebrate the history of Black British screen culture: a vast and diverse filmography that has been largely overlooked and undervalued in film discourse. The festival organizers have stated that “We want to find connections between past and present, to spark a conversation about how this work resonates with contemporary filmmakers and artists, and how it can inspire and inform the ways in which we conceive our own communities. With such an abundant and complex body of work, we present programs curated by people who inhabit this history through their own work, their existential pursuits, and their curiosity and care, with works by voices that could multiply and intersect.”

Even though I won’t be able to attend the festival in person this year, I’m really pleased with the fact that I can still get the opportunity to cover it by attending it virtually. I can’t wait to experience all the documentaries on offer and share my discoveries with you.

​Are you attending the 2021 Sheffield DocFest this year? If so, what are you looking forward to watching? Let us know in the comments section below or on our Twitter account.