Mike Flanagan And The Cinema Of Trauma 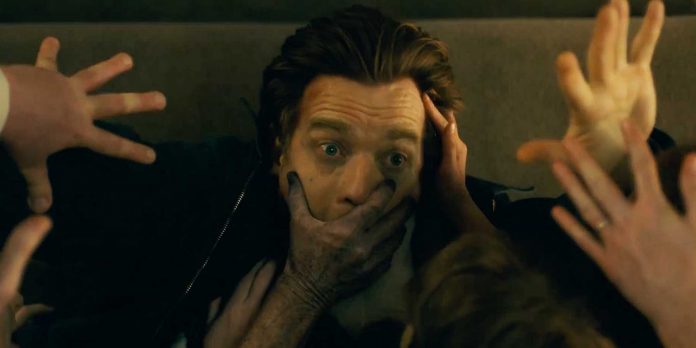 ​As a huge horror fan, I consider Mike Flanagan to be the most exciting director working in the genre today. He has delivered a level of consistency across the past decade that is undeniably impressive, firmly establishing a style and visual language all his own. Aside from the aesthetic qualities of his filmmaking, he has proven to be extremely adept at crafting scary stories that serve as metaphors for some of the horrors we face in the real world. The most apparent of these is his penchant for exploring the lingering effects of trauma, especially stemming from a difficult childhood. It’s a theme that can be found in many of his works, and as such, the horror elements of his films and TV shows can often be considered symbols for the trauma caused by addiction, PTSD, and mental illness. As I explore his works that tackle these themes, please note that a full spoiler warning is in effect.

The first film of his to capture the attention of myself and other followers of the horror genre was “Oculus.” It’s the story of a sister and brother who have to literally come face-to-face with the cause of their traumatic childhood in order to defeat it. In this case, the source of evil is a haunted mirror that causes generalized madness that often leads to death. The characters remark on how the mirror is “hungry,” making it clear that it literally feeds off of trauma. The film flips back and forth between the present day and the past as the two characters recall their tortured childhood. Through this, we see how the mirror caused both of their parents to eventually be pushed to insanity. Taken in the context of the real world, the idea of the two main characters reflecting on their parents’ tragic lives is similar to how scary it can be to potentially be the heir of hereditary mental illness. And as the film gets more and more chaotic and frenetic in the way it moves between the past and the present, it becomes increasingly hard to pin down when exactly a moment is taking place. This is a clever visual representation of how difficult it can be to anchor oneself in the present when one is forced to confront past trauma.

Flanagan’s 2017 film “Gerald’s Game” is the rare work in his filmography that features no supernatural elements, even though the movie wants you to think it does. As a result, the depictions of abuse in the film can be taken more literally. It tells the story of Jessie, a woman who becomes trapped in handcuffs when her husband dies in the middle of sexual role play. While stuck in her bed, she is forced to reflect on her life and the traumas she has experienced. As a child, she was sexually abused by her father, and the film points out that she eventually went on to marry a man not dissimilar to him. This is a clear commentary on how abuse can lead to recurring patterns in life.

Arguably the biggest mainstream breakthrough for Flanagan was the 2018 Netflix series, “The Haunting of Hill House.” It’s a radical reinterpretation of Shirley Jackson’s novel that Flanagan created, directed, and co-wrote. He uses this opportunity to take elements from Jackson’s story and craft them to very explicitly explore childhood trauma and the difficult necessity of reflecting on the past. Similar to both “Oculus” and “Gerald’s Game,” the series jumps back and forth in time, showing how the characters got to where they are in the present day based on their experiences in the past and how they are currently coping. A good number of the episodes focus on a singular member of the Crain family, allowing us to see the disparate ways that individuals react to shared trauma. In the scenes depicting the past, we see how the Crain family was tormented at the titular Hill House, an extremely haunted mansion which they would eventually flee, leaving the matriarch of the family behind to die alone. This abandonment would affect the remaining members of the Crain family in a variety of ways, and as we see in the moments set in the present day, they are haunted by ghosts which serve as metaphors for the effects of the trauma that they cannot shake. These spirits represent addiction, grief, PTSD, and a host of other symptoms. As the series shows, leaving these ghosts behind and learning to grow on one’s own is the difficult but worthwhile task often placed upon victims of trauma.

​His most recent theatrical release, “Doctor Sleep,” is an adaptation of Stephen King’s 2013 novel of the same name, which is a sequel to his earlier work “The Shining.” The source material for this film is so well-tailored to Flanagan’s sensibilities, and the types of stories he likes to explore, that it really is a perfect match for him. In the film, we find an adult Danny Torrance struggling to recover from the events of the first movie. When the film opens, we see that he has seemingly inherited his father’s alcoholism, and uses it as both a coping mechanism to block out his trauma and to escape from his haunted reality. Through this, we see how children are sometimes doomed to repeat the mistakes of their parents. But as the film progresses, and Danny recovers from his addiction, the message becomes more hopeful: It’s possible to disallow these inherited vices and negative qualities from defining you. We eventually see how it’s possible to use the trauma of the past to pass on better lessons to a younger generation, as Danny does with Abra who he practically adopts as a pseudo-niece. And in what can be considered the thematic climax of the film, Danny literally comes face-to-face with his demons as he encounters the spirit of his dead father in the bar of the Overlook Hotel. This tête-à-tête serves as the culmination of everything we have seen Danny wrestle with across the course of the film. It’s a chance for him to confront his past in a way that is often helpful for victims of trauma. It’s also a way for him to turn down a chance to revive his addiction with finality when the ghost of his father offers him a drink. Indeed, “Doctor Sleep” seems to be a culmination of everything Flanagan has been interested in exploring in his previous works.

It’s clear that Mike Flanagan finds something specifically frightening in the way we are forced to confront our traumatic past. As many of his works engage with this and use time jumps between the past and present, he’s obviously drawn to the analysis of difficult childhoods and their lingering effects into adulthood. Using the horror genre as a way to explore this is a brilliant way to visualize such things in the form of spirits, monsters, and villains, that can be used to scare a general audience who might not otherwise have a traumatic past with which they must reckon. His films fit neatly into the recent trend of well-regarded art house horror movies that explore universal yet specific aspects of the human psyche. Both his films and “The Haunting of Hill House” are perfect mixes of real-world horrors and cinematic terrors.

What’s your favorite Mike Flanagan film? Have you seen “Doctor Sleep” yet? If so, what do you think? Let us know in the comments section below or on our Twitter account.