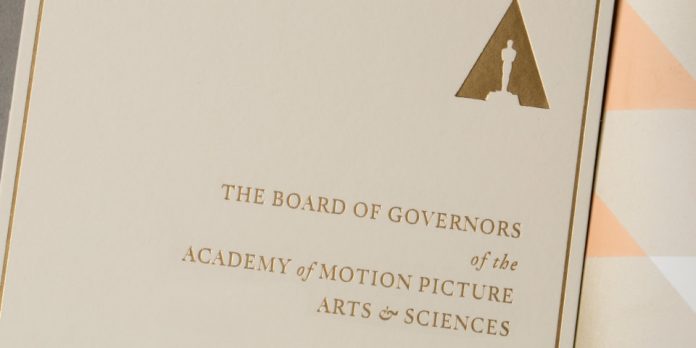 Though there is no public input, Oscar watchers were locked into social media as a new President was elected for The Academy of Motion Picture Arts and Sciences (AMPAS). Many expected actress Laura Dern to take on the role, but after rejecting her nomination the position was open to a few unknown players. Though casting director David Rubin (“Gravity,” “Trumbo”) was in contention, the 54-person board ended up electing cinematographer John Bailey.

Click beyond the jump to learn more about Bailey and hopes we have for the Academy’s future.

​One look at Bailey’s iMDB page will reveal a veteran of the film industry. He has been working in various technical capacities since 1968, he is most known for his role as a director of photography. His most famous credit would be for working with director Harold Ramis on 1993’s “Groundhog Day,” but he has been working steadily for several decades, with credits ranging from “How To Lose a Guy In 10 Days” to “As Good as It Gets.”

Many have been trying to read the tea leaves as to what this means for the future of the Academy. Is this a win for the more conservative branch of the group, perhaps leading us back to the “good ‘ol” days of the Academy (i.e. less chances being taken)? Is this a win for the below-the-line craft branches (i.e. cinematography, production design, makeup, costume) and the Academy will drift towards that side of filmmaking and less so on actors? At this point, nobody knows.

Apart from his consistent work for 40 years, Bailey has not been one to draw attention to himself with headline-grabbing statements. Though some are upset by the optics of going from Cheryl Boone Isaacs (the first African American to hold the office) to an unknown white male, especially when Laura Dern was a possibility, we shouldn’t be quick to cast judgment.

Obviously the biggest mission for the current Academy is that of inclusion and creating a more representative Academy. For better or worse, Cheryl Boone Isaacs tenure as Academy President will be remembered for back to back years of #OscarsSoWhite and her response to it. Any effort to slow down this push would be ill advised, so we as Oscar watchers ought to keep the pressure on the incoming President.

With new leadership comes new opportunities. I for one am hoping for anything to change up the current state of the Oscars. Expanding the acting nominations? Introducing new categories (Best Stunt Work, Best Ensemble)? Going back to the 2009/2010 voting system and giving outside-the-box films a better chance at Best Picture nominations? There is a lot of room for improvement and here’s hoping that Bailey is right for the job.

What do you think? Are you familiar with John Bailey’s work as a cinematographer? Are you excited or worried for the future of AMPAS? Let us know in the comments below!