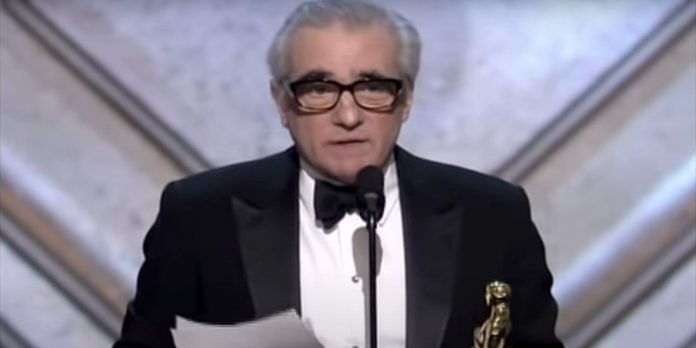 ​Martin Scorsese is one of the most beloved filmmakers in the world and much of this beloved status comes from the fact that he loves talking about movies as much as he does making them. He’s long advocated for promoting and preserving cinema as an art form and has spoken ad nauseam about the importance of film history.

Sometimes, these comments have divided audiences. Scorsese’s remarks about Marvel films being little more than amusement park rides sparked intense discourse and his recent essay for Harper’s Magazine saw him take aim at streaming platforms and their lack of curation. However, we are not here to add to the divisiveness. ​

At Next Best Picture, we are die-hard Scorsese supporters and decided to use the recent discourse to comb through some of his filmography’s more scholastic corners. Everyone knows Scorsese as the auteur, but these are some of the best examples of Scorsese, the film historian, the film critic, and most importantly, the film fanatic.

“A Personal Journey With Martin Scorsese Through American Movies” (1995)

Scorsese experienced a commercial boom in the 1990s with hits like “Cape Fear” (1991) and “Casino” (1995), and it is a testament to his love of cinema that he decided to take time out from his career to helm this sprawling documentary series. “A Personal Journey with Martin Scorsese Through American Movies” was produced by the British Film Institute, and, true to its name, it presents a sprawling overview of Hollywood in the 20th century.

Scorsese and co-director Michael Henry Wilson take a unique approach to the subject matter, eschewing the traditional Ken Burns format and using their directorial expertise to discuss the advent of the musical and the western, as well as the creative ways in which filmmakers smuggled their obsessions, past censors.

The whole series is a treat to watch (I love Scorsese’s discussion of film noir, a style he clearly holds dear to his heart), but the highlights are undoubtedly the segments in which Scorsese is allowed to wax poetic on heroes like Orson Welles, Nicholas Ray and Samuel Fuller. For those wanting a crash course on American film history, you couldn’t ask for a better teacher.

Scorsese is a proud Italian-American and since he dedicated a series to American film, it’s only natural he explored Italian film as well. “My Voyage to Italy” is a gorgeous documentary that retraces Italy’s cinematic history from the 1930s through to the 1960s, with special emphasis on the neorealist period of the 1940s.

“My Voyage to Italy” is not only a testament to the Italian masterpieces from these time periods but to the wealth of knowledge that Scorsese has about the filmmakers and actors who brought them to life. He’s able to convey complicated themes in non-pretentious terms, and his giddy passion for each title ensures that he never comes off as snobby. This lengthy doc is every bit the treat that its predecessor was.

Elia Kazan was a controversial figure in his day, not only for his boundary-pushing films but his willingness to testify before the HUAC committee. The testimony resulted in the blacklisting of several of his peers and an unflattering reputation that followed him for the rest of his career. Scorsese’s 2010 documentary illuminates the man behind the myth through stills, interviews and excerpts from Kazan’s autobiography.

“A Letter to Elia” is a tender affair and it is evident that Scorsese and co-director Kent Jones have a lot of empathy for Kazan. The details regarding Kazan’s personal life are compelling, but the documentary undoubtedly comes to life when Scorsese is given free rein to revisit Kazan’s career and make a case for him as one of the great American directors. Watch it for yourself and see if you’re not convinced.

“Hugo” is one of the stealthiest history lessons ever committed to film. The story starts as a charming, uncharacteristic venture for Scorsese, with a young boy living in a train station in 1930s Paris. The further we delve into the story, the more we realize the story is really about Georges Méliès, the toy store owner who befriends the boy. Méliès was, of course, the director of “A Trip to the Moon” (1902), one of the first (and most important) science fiction films ever made.

“Hugo” may appear like an attempt by Scorsese to encroach on the family-friendly territory of his buddy Steven Spielberg, but the film retains the director’s visual trademarks while allowing him to be more explicit than ever in his reverence for the art form. It is a delightful effort that has done much to ensure that Georges Méliès will never be forgotten.

We decided to include this entry as a bonus because “Scorsese on Scorsese” is a book and not a film or documentary. That being said, Scorsese’s insight into his own filmography is one of the most honest and insightful we have ever had the pleasure to read.

The book is transcribed from several in-depth interviews between Scorsese and film critic David Thompson. The former speaks with the authority of a historian when discussing lesser-celebrated works like “Who’s That Knocking At My Door?” (1967) or “After Hours” (1985) and his ability to contextualize his auteur sensibility gives increased importance to forgotten gems like “Boxcar Bertha” (1972) and “The Color of Money” (1986).

The book was originally published in 1989 when it seemed as though Scorsese’s best work was behind him. The fact that he could fill up two more books with the films he’s released since is a testament to his staggering longevity. We can’t wait to see what he does (and discusses) next.

What is your favorite Martin Scorsese film? What do you think has been his best contribution to cinema? What do you think of the discourse that has been following him in his efforts to preserve the cinematic experience? Let us know in the comments section below or on our Twitter account.