“LUCY IN THE SKY” 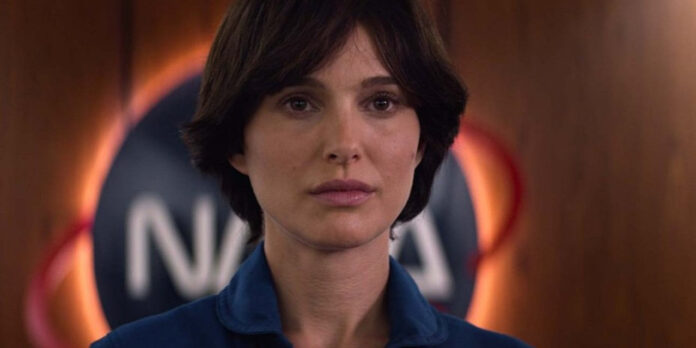 THE STORY – After an awe-inspiring experience in outer space, an astronaut returns to Earth and starts to lose touch with reality in a world that now seems too small.
​
THE CAST – Natalie Portman, Jon Hamm, Zazie Beetz, Dan Stevens, Colman Domingo & Ellen Burstyn​

​​​​​Noah Hawley’s “Lucy in the Sky” is certainly a disappointment given the prestige of its leading lady and the promise of Hawley’s innovative television work (“Fargo”), but folks, I’m here to say it could be worse. Not that that’s a great assurance, but the enthusiastic pans seem to forget that movies about astronauts don’t need to be profound. In the case of “Lucy in the Sky,” any attempt at such profundity is a complete miss, but there is good fun to be had in this tale of a woman on the edge, who eventually succumbs to a nervous breakdown ripped straight out of the tabloids. This isn’t a deep exploration into existential anguish, as the trailer might advertise, but it is somewhat reminiscent of B grade erotic thrillers from the ‘80s.

The film opens to Lucy (Natalie Portman) marveling at the universe as she floats in space. In that instance, her whole life back on Earth feels insignificant, and when she returns to the solid ground, she becomes obsessed with returning to that moment when life made sense. That is, far and away from her square but good-natured husband, Drew (Dan Stevens). A handsome fellow astronaut, Mark (Jon Hamm), coaxes Lucy into a late-night bowling double date under the guise of bonding with fellow space travelers, and their tenuous romance snowballs into a full-on affair.

​Lucy’s relationship with bad-boy Mark and this idea that no one is capable of understanding her mind and her desires any longer has her acting out recklessly, and her warped dedication to making the next team that’ll be sent out to space gets bizarrely out of hand. Those around Lucy start to worry about her well-being, and when a number of unfortunate things occur — a family death, some unexpected bad news at NASA headquarters, and romantic deceit — Lucy goes full-on nuts and exacts misplaced revenge in the most outlandish way possible.

It’s a very strange, often crazy ride to the finish, but Hawley never seems to trust the audience to fully understand that Lucy is in fact, going insane. As a result, he overcompensates with flashy aspect ratio shifting and a spatter of montages that express Lucy’s dissociative state. Despite going the “Fatal Attraction” route in the end, Hawley makes a lackluster effort to complicate the story with commentary about gender inequality in the workplace, shoehorned in as one of Lucy’s reasons for a mental breakdown.

Lucy and practically every other character’s motivation are tragically cliche or simple, that the whole thing unfolds like a soap opera with a really big budget. What does succeed? I’ll give Hawley credit for giving Portman another vehicle to act completely batshit, and Portman for managing to make a bowl cut that unflattering assume a pretty effective air of sex appeal. In fact, a lot of “Lucy in the Sky” is pretty lurid, and some moments even register as turn-ons, from Lucy’s reawakened sex drive to the manic, breathy energy she manifests as she begins to lose control. Too bad it also registers as (unintentionally) humorous.

The bottom line is that Hawley’s feature debut isn’t sure what it wants to be and we’re ultimately not sure whether it’s okay to be laughing or crying as the story twists and turns in unexpected ways. Though the director’s genre-bending has worked for his television endeavors, here it comes off as scattershot pop psychology of the lowest degree.