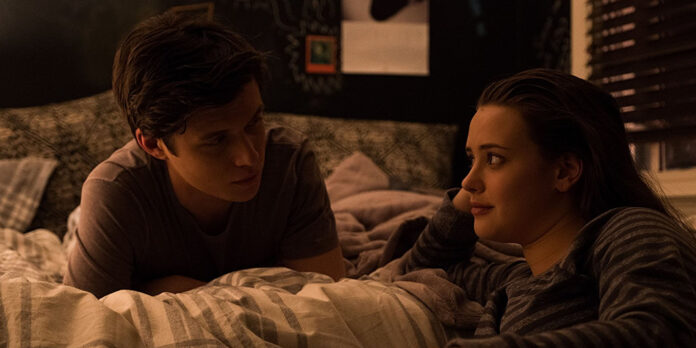 THE STORY – Everyone deserves a great love story, but for 17-year-old Simon Spier, it’s a little more complicated. He hasn’t told his family or friends that he’s gay, and he doesn’t know the identity of the anonymous classmate that he’s fallen for online. Resolving both issues proves hilarious, terrifying and life-changing.

Even in the age of progressive idyllic norms, there’s a lack of study into the personal world of the average gay teen. We’ve recently had critical indies like, “Call Me By Your Name,” “Moonlight,” and “Blue Is The Warmest Color,” to thank. What we always need more of, though, is the inclusion being pulled to the mainstream audience. There’s no reason we shouldn’t give LGBTQ+ cinema the same commercialized adoration. Greg Berlanti’s “Love, Simon” offers itself through the eyes of a prominent and genuine character. Engaging, hilarious, and contagious, this is the film we needed for today’s youth. It’s socially intelligent in the ways it understands the insecurities of youth and identity in all of its forms. It plays up to the modern teenage romance formula; one tried and tested theme that’s proven to keep coming. Sure, it wears its commercial teen gloss unapologetically, but it’s deeply thoughtful in the way it delivers its prize.

Simon Spier (Nick Robinson) is a closeted gay high school student. He hasn’t told anyone at home and school, much less the friends he’s practically known his entire life. One day, his best friend, Leah (Katherine Langford) facetimes him to check out the latest in the school’s anonymous boards. There’s another gay male student who’s made himself known as simply “Blue.” Feeling a surge of relief and comfort, he composes a new email and begins opening up to Blue and signing off every message under the pseudonym, “Jacques.” This secret isn’t entirely his anymore. He’s found someone else who can relate to the things he’s feeling, the pressure that weighs him down at the thought of revealing himself, and the fear of change.

We follow Simon as he is swept away by this anonymous pen pal; someone he slowly begins to fall for. Unexpectedly, there’s quite a bit of mystery laced into the film. We find ourselves wanting to know this ‘Blue,’ and it keeps us guessing with endless hope. We want the best because we know it’s what Simon deserves. Of course, it’s not all easy for Blue either, always feeling like life is a ferris wheel, one minute on top of the world, and the next, down and grounded here to society. Simon extends his trust to him hoping they can figure this out together. Nick Robinson previously starred in “Jurassic World,” but he is a knockout of an actor here. Through him, we see that will to take a chance. We see that reserved teenager waiting to break free and wear his identity with no restraints. We see ourselves in Simon. This film makes it so easy to relate to him, no matter which walks of life you come from. The message is universal, and so it’s time we get to see his great love story.

The film is structured so well and gives us a dull-free experience as Simon navigates his way through senior year, waiting for that moment to exhale. The magic, of course, is in the writing. The screenplay was adapted from the novel, Simon vs. The Homo Sapiens Agenda, by Becky Albertalli. Elizabeth Berger and Isaac Aptaker, who’ve worked as producers of the NBC hit drama, “This Is Us,” wrote the screenplay here— and they leave out most of the cheese that accompanies blockbuster comedies! Berger and Aptaker know what it means to have characters wear their heart on their sleeves, never in the form of self-regret. The conversations are real and never forced. They pique the curiosities of a high school senior, just trying to hold onto who he’s been all these years until graduation, hoping then he can come out to the world. It’s easy to see our teenage selves, always afraid to take the next step and have it change your whole world, even one you’ve been comfortable in for so long.

With heaps of charm and witty comebacks, the supporting cast in “Love, Simon” each have their due moments throughout the film. Josh Duhamel plays Simon’s supportive and funny dad who always looks to Simon for creative help. Jennifer Garner, giving a much more warm-hearted performance as a parent, is a joy. She loves unconditionally and has her own little monologue near the end that embraces Simon (and the audience) with overwhelming liberation to be who he is. This wouldn’t be the big Hollywood charmer if there weren’t enough laughs, and that’s where Tony Hale and Natasha Rothwell come in as Assistant Principal and the school’s theatre teacher. There’s something so authentic and fresh about the comedy in this film that just welcomes you with open arms. It’s not just another bland teen comedy and it knows it.

Simon faces a pivotal obstacle in the film that’s handled irresponsibly. It comes off the hinges for a split second before getting back on track for its big revelation. When his identity is threatened, it grows new subplots into the mix that lend little appeal. If anything, they work to play up his distress in juggling his relationship with Blue and his group of friends. He makes mistakes and puts confidence into things that inevitably come back to him. There’s an antagonist who works to blackmail Simon, but it all gets played for laughs in the end when really, things like outing a gay person shouldn’t be handled without serious consequence.

“Love, Simon” has the originality (As if the synopsis isn’t refreshing enough) of a new era; a new take on the nuances of society’s adolescent experience. The underage drinking, the sparks of new love, and the courage of immersing yourself to change are all parts of the teenage spectrum. The narrative intertwines with a beautiful attention to coming-of-age and how the implications are felt worldwide. The film sees Simon’s experience through a lens of tender joy and a careful approach to his perspective. It will stretch the demographic for film and it’s a worthy one to do so. It celebrates the experience of letting go and owning your own identity even if you’re afraid of the change it’ll bring. His love story matters and it’s one the world deserves to see.