​Looking Back On “Dark Phoenix”: A Culmination Of A Decades-Long Franchise 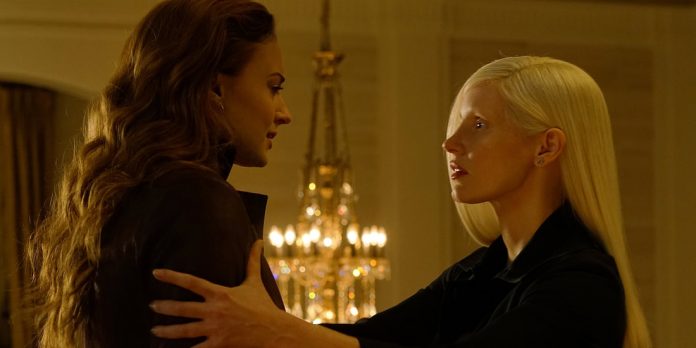 The X-Men franchise is infamous for its rollercoaster ride of a series. There are some fantastic films like “Logan” (2017) and “X2” (2003), and then there are some unfathomable ones like “X-Men Origins: Wolverine” (2009). From the moment it was announced, it was obvious that Simon Kinberg’s “Dark Phoenix” (2019) wasn’t going to fare well for some. People immediately thought of the denounced “X-Men: The Last Stand” (2006), and asked, “Why are we doing this again?” The release date was pushed back twice and a failed test screening cited audience’s laughing at the film’s most serious moments, which then caused the entire third act to be reshot in 2018. The film, in a way, was doomed from the start. Although the backlash was heady, and it ended up being the biggest box office bomb of 2019, “Dark Phoenix” is the opposite of terrible and serves as a quiet yet pleasant ending to the franchise that sparked the cinematic superhero genre.

To make another cinematic rendition of “The Dark Phoenix Saga” after the failure that is “X-Men: The Last Stand,” when the cinematic universe had only just introduced the younger versions of Jean Grey (Sophie Turner) and Scott Summers (Tye Sheridan) in 2016, didn’t seem like it would work. In their first film appearance together, Sophie Turner’s rendition of Grey leaves a lot to be desired, while Tye Sheridan’s Summers shows a lot of promise. In the past, both characters (especially Summers) had been subject to what some may call “character assassination,” but surprisingly enough, “Dark Phoenix” adds a lot to these characters singularly and also propels their relationship forward. “Dark Phoenix” finally allows Jean and Scott to be in love, as Sheridan portrays Scott with an earnestness that showcases his willingness to protect Jean no matter what. Along with Sheridan is Turner’s performance as Jean, which is highly improved from her performance in “X-Men: Apocalypse” (2016). Once Jean is hit by the Phoenix Force, Turner plays her with an abundance of charisma and ego, which eventually weaves into a delicate portrait of a woman at war with herself. The two complement each other so well in the scenes they share, and finally showcase the devotion Jean and Scott weren’t allowed to display in the original trilogy.

The film also soars with its score by composer, Hans Zimmer. Music has always played an important role in the X-Men franchise, and Zimmer doesn’t disappoint with his heady and bass-filled culmination of a series. There’s a motif that composer, Michael Kamen, fleshed out for “X-Men” (2000) that has since been present in every film, and even “Dark Phoenix” – which feels like an outlier in the series – has it weaved into the score. Tracks like “Gap” (a song that slowly bubbles until it explodes with synths) and “Frameshift” (manipulated vocals that weave with bass to create a choir) add a flare to this film as most X-Men films have included scores with strings, pianos, and flutes. Zimmer’s work is a testament to Simon Kinberg’s vision, and although it may have lost translation in other aspects, “Dark Phoenix’s” score is the perfect mood piece to accompany the superhero epic he set out to make. 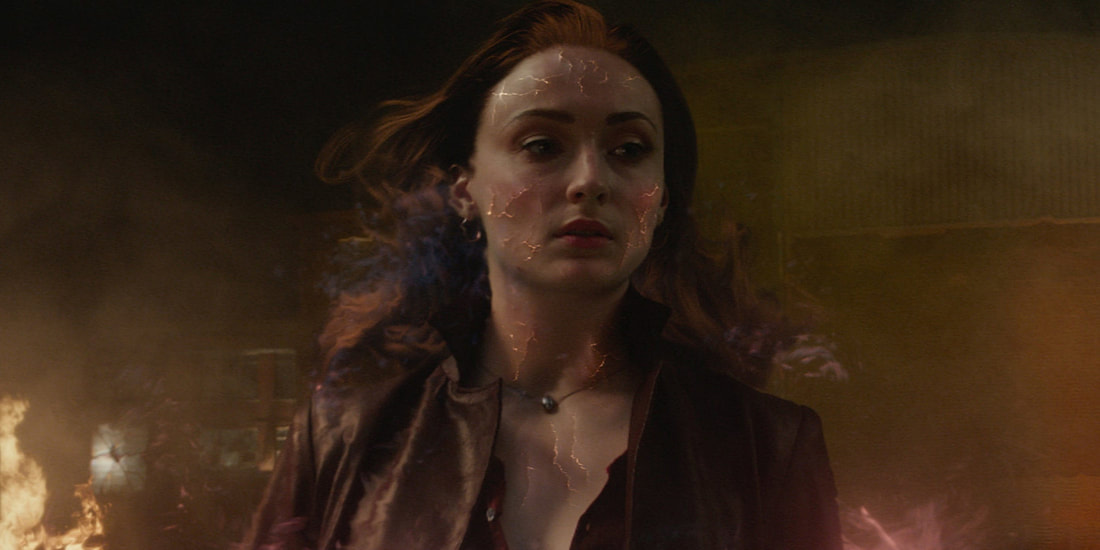 It’s not a bad thing that the film didn’t follow the course Kinberg originally wanted, as the most intriguing aspect of the X-Men films has never been the battle scenes, but rather the internal conflict the X-Men and The Brotherhood go through. This film, akin to “Logan,” is stripped back to its core, and while the fight scenes are entertaining and fun, this is a film about a group of people realizing the things they think about the world and the man they worship aren’t true. In a surprising turn of events, Jean Grey (or the Dark Phoenix) and the aliens that come to take her powers away aren’t the main villains: Charles Xavier is. Unlike the MCU or DCEU, the X-Men cinematic universe has never focused on a “villain of the week,” but rather focusing on a decade-long feud between old friends, Charles Xavier and Erik Lehnsherr, and their chosen families. While Erik has always been a complex and sympathetic character, audiences have been led to side with Charles for the franchise’s 20-year run. That is until “Dark Phoenix,” which proposes that Charles’ desperation for mutants and humans to be one is reductive and won’t truly allow mutants to be free. He also has a knack for manipulating the people around him, which Scott and Hank (Nicholas Hoult) finally realize in this film. Seeing someone who has been made out to be a hero for the last 20 years finally exposed for their suspicious actions angered many die-hard fans of the film franchise, but comic book readers knew this was a long time coming. This switch-up in making Charles Xavier, the titular character, the villain of the film is an interesting and new way of telling the X-Men story and further proves that “Dark Phoenix” is trying to do something different.

In retrospect, “Dark Phoenix” was always doomed to fail: Simon Kinberg originally planned a two-film saga, but Fox scraped it (most likely due to the Disney-Fox merger). For a cinematic version of The Dark Phoenix Saga to prosper, it can’t take place in just one film: the saga relies on the viewer caring about Jean and Scott’s relationship and caring about the team as a whole. It’s not something that should have been done when these iterations of the characters were only introduced in “X-Men: Apocalypse,” but it was. Although the film went through hell behind the scenes, it didn’t turn out as bad as some viewers claim. The performances are solid, the music is phenomenal, and the fight scenes are engaging (to have the climax take place on a train could be mundane, but the last sequence works extremely well). There’s some clunky dialogue, and the film isn’t epic by any means, but it’s a solid ending to a franchise. People seem to forget that the X-Men films have never been about spectacle. These films have always been about internal conflict and character-based actions rather than big battles and interwoven plot lines. At times, it seems that Kinberg is grasping at too much, but the film always saves itself, whether it be because of Zimmer’s work or the cast’s. In this regard, “Dark Phoenix” is a great ending to a franchise that allowed the superhero genre to get where it is today. In the film’s last moments (over classic narration), Jean explains that “this is not the end of [her] or the X-Men,” but rather “a new beginning.” While “Logan” packs a punch of emotion and finality, “Dark Phoenix” proposes that although this is the end of the X-Men as we know it, in some shape or form, they will grace our screens again.

What do you think of “Dark Phoenix”? Do you think it deserved the critical bashing it did? Let us know in the comments section below or on our Twitter account.