Looking At The 2020 Emmy Race For Outstanding Drama Series 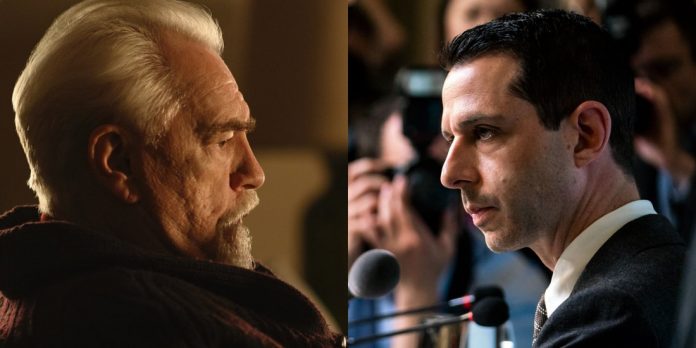 After a well-deserved writing win at the 2019 Emmys, the buzz around HBO’s “Succession” seemed to hit a fever pitch – and that was just for the first season. As the darkly funny family drama entered season two last year, it miraculously avoided the notorious sophomore slump. Instead, “Succession” became a deeper show, exploring the complexities and intricates of the fictional Roy family and their media empire. Through razor-sharp writing and performances, “Succession” has developed into a series that takes us into the lives of the rich and famous while simultaneously scrutinizing them. It’s a piece of riveting theatre and the type of show that builds momentum as it moves along. A series win does not seem outside the realm of possibility.

Two Netflix series, “The Crown” and “Ozark” returned for third outings this season. While “The Crown” is technically in its third year following the reign of Queen Elizabeth, an entirely new cast takes over, this time led by Oscar-winner Olivia Colman. We find Her Majesty living through the radical ‘60s and all the drama that comes along with a new era. Like previous seasons, there’s no reason to believe that the beloved series will miss the Emmy conversation. Less likely is a win for Colman, who faces stiff competition in Laura Linney from “Ozark”. The Emmy darling finds herself turning in a career-best performance as Wendy Byrde, the matriarch of a Missouri crime family. Linney commands the screen throughout all ten episodes this season. Her character finally comes into her own after a two-season buildup. “Ozark” is as good as it has ever been and is proving to be a popular binging choice in the COVID-19 era. Top-tier production qualities and a thrilling season arc not only make “Ozark” a compelling sell for acting awards, but other prestigious prizes as well.

Returning for its penultimate season on AMC, “Better Call Saul” finds itself inching closer to “Breaking Bad” territory as Jimmy McGill transforms into Saul Goodman. While “Saul” has yet to capture the Emmy love of its predecessor, reviews and reactions suggest that season five is as good, if not better, than the Emmy-winning series that inspired it. Perhaps Bob Odenkirk will finally win a long-overdue Emmy for his iconic role.

Even though “The Handmaid’s Tale” never officially returned for a full season last Emmy cycle, it still pulled in a handful of significant nominations, including wins for Cherry Jones and Bradley Whitford. The third season aired in full this year and looks primed to capture success yet again as Margaret Atwood’s story extends far beyond the page.

​New to the scene this year is Apple TV+, which debuted in November with “The Morning Show,” a drama starring Jennifer Aniston, Reese Witherspoon, and Steve Carell. Loosely based on the Matt Lauer #MeToo controversy at NBC News, the show follows a network in the midst of crisis. While not perfect, the performances and themes are thoroughly engaging. It’s so wonderful to see Aniston back on TV turning in a performance that ranks among her best. It’s yet to be seen how Apple TV+ campaigns with the Academy, but their presence this year will say a lot about the upcoming landscape.

Though “Succession” may be their major player of the season, HBO also has two additional contenders to mount campaigns for. First up is “Big Little Lies,” which returns for a second season after sweeping as a limited series in 2017. While the reception to season two was chillier, performances from Nicole Kidman, Reese Witherspoon, Laura Dern, and Meryl Streep garnered high praise that should be enough to keep it in contention (Though drama surrounding the role of director Andrea Arnold shouldn’t go ignored in how Academy members view the series). Additionally, HBO also has the third season of “Westworld” which took a major turn in this most recent season. Reactions were decidedly mixed, but the HBO machine and previous success are enough to keep the conversation moving.

Three previous nominees, “Killing Eve,” “Pose,” and “Stranger Things” return to the conversation this year, albeit with less fanfare than in years prior. I’m not expecting all three to make the nomination cut, and there’s a solid chance that all miss for newer selections. But of the three, FX’s “Pose” had the most successful season as it continues to move in unique and interesting directions regarding New York ballroom culture in the ‘90s. If the Academy is committed to carrying forth a commitment to diverse voices, they can’t do better than a program that celebrates those of LGBTQ+ and Black communities.

What are your favorite drama series of the season? What do you think will make the final cut? Let us know in the comments section below or on out Twitter account.