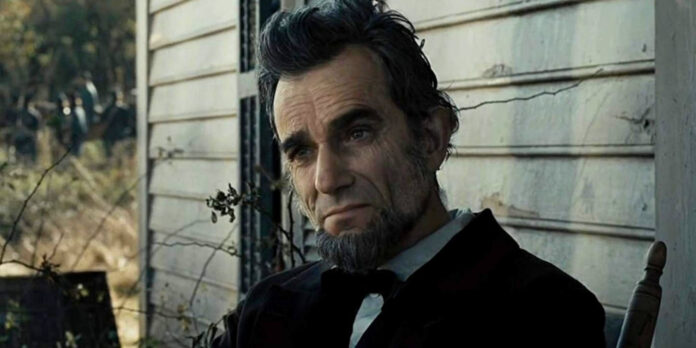 ​THE STORY – With the nation embroiled in still another year with the high death count of Civil War, President Abraham Lincoln brings the full measure of his passion, humanity and political skill to what would become his defining legacy: to end the war and permanently abolish slavery through the 13th Amendment. Having great courage, acumen and moral fortitude, Lincoln pushes forward to compel the nation, and those in government who oppose him, to aim toward a greater good for all mankind.

​As is always the case, momentous biographical events are never as easily achieved as have been typically described. Creating history is often a complicated and messy process that goes against the neatly told stories delivered in youth. That is why it can be inherently fascinating to see the dissection of history unfold, to analyze and understand the entire range of actions that led to events that have substantial ramifications throughout time. Such an examination deserves vital storytellers for this commentary, and it’s hard to think of few who would fit this bill more than Steven Spielberg. “Lincoln” is a film that aims to understand how a significant piece of the American record was crafted, and it’s no surprise that the final results are wholly engaging.

The film is set at a time when the American Civil War is still going but is painfully reaching its final days. Abraham Lincoln (Daniel Day-Lewis) has just been re-elected to the presidency and is determined to see the end of the war. He’s also resolved to enact a new amendment to the constitution, a provision that would finally outlaw slavery in the nation. However, it’s a daunting task to find the necessary votes in the House of Representatives for it to pass. With the aid of his Secretary of State William Seward (David Strathairn) and passionate progressive Representative Thaddeus Stevens (Tommy Lee Jones), the steps to see this passage are fraught with turmoil. Lincoln’s political calculations are set in motion, while his domestic life also sees distress. With Mary Todd (Sally Field) still grieving over the death of one of their children, and his eldest son Robert (Joseph Gordon-Levitt) fighting to escape his father’s shadow, the president must maneuver through multiple crises in order to see the greater good win.

While one may think first to recognize the directorial achievements or talents of the cast for the ultimate success of a film, a significant component is the foundations provided by the screenplay. One couldn’t ask for better hands to create an enthralling story than that of Tony Kushner – and he delivers an exceptional piece of writing. The political manipulation born through delicate alliances is a fascinating procedure to witness, along with every conflict, to gain success in the face of what appears to be insurmountable odds. The means by which great accomplishments come from turbulent compromises in tactical theater is an engrossing act to witness, made even more thrilling by Kushner’s energetic prose. The dialogue is witty and eloquent while also maintaining a profound reverence.

There is one particular fault at the heart of this script: its limited scope cuts out many integral voices that were vital to this victory, mainly women and Black abolitionists whose decades of work led up to such an occasion. This is ultimately a story about the powerful white men whose actions led to the end of slavery and not about the tireless exploits of individuals who are just as important. The instances where a few characters are introduced that would suggest such a broader landscape are severely underwritten to the point of questioning their inclusion in this narrative at all. At the same time, the film’s objective is meant to be narrow and concise, and it does make for a compelling analysis. However, one cannot dismiss the marginalized voices that have been pushed to the side in this presentation. The execution is still strong, but it must be noted that it’s also incomplete.

If Kushner can be conceived to be the true headliner of this project, it’s difficult not to mention the actual on-screen talent, if for no other reason than its deep bench. Obviously, Day-Lewis gives a commanding portrayal of Lincoln that showcases both an inviting power as well as frail insecurity. He captures the man’s warmth and cunning intellect, which could often lead to a troubled coldness that elevates the nuances. It’s not a surprising declaration to say he provides another incredible portrayal, and his ability to process the strengths and vulnerabilities of a noble character is alluring. Jones is exceptional in a role that can be boisterous in its humor while also endearing in a steadfast tenacity. He trades barbs so entertainingly while also having a soulful persona. He provides the film’s best and most magnetic performance, though Field is equally as powerful. There’s a grace she brings to every moment, as well as the unrest that tortures her family without ever losing her acute self-awareness. It leads to powerful sequences that remind one what an outstanding actor she is and, without a doubt, the source of the film’s most touching points.

The excellent notices also extend to this remarkably packed supporting ensemble that thoroughly delivers stellar work. There are far too many individuals to mention, though Strathairn is a particular standout with a soothing screen presence that makes him captivating. However, there are also outstanding turns from the likes of Hal Holbrook, James Spader, Lee Pace, Jared Harris, Michael Stuhlbarg, Peter McRobbie, Jackie Earle Haley, and countless others who populate this collection of wonderful performers. The only member who never quite reaches the levels of success is Gordon-Levitt. The part itself already feels tangential to the main plot, but he also cannot escape a modern sensibility that feels anachronistic to the setting. With such care taken for period accuracy, his addition sticks out and tears at the fabric of believability. Gordon-Levitt is gifted but seems unsuited and unwanted for this particular endeavor.

It seems rather odd to come this far and only now just mention the contributions of the film’s director, particularly when concerning who is arguably the most famous and successful working filmmaker today. However, there is more of a muted sensibility from Spielberg, as it seems he is clearly ceding his influence to the writing and actors. In that regard, his directorial eye still has an intriguing control over how the emotions are revealed and the tension is wound. There’s a particular delight in the fiery debates on the House floor and the anxiety that is induced when the final votes are counted. Still, his hand is less intrusive as other aspects shine. This also includes impeccable crafts, with special mention to the immaculate production design. There is a misstep toward the end of the film when Spielberg’s sentimentality trips up what could be a perfect finale. While the thematic intention is appreciated, the execution is rough and lessens the impact. It feels more of a failure in the editing, a consistent issue throughout, that the last notes are unfortunately a tad sour.

As a whole, “Lincoln” is a monumental effort that can be valued on an assortment of levels. The craftsmanship to replicate the sense of time is precisely assembled, and it is a pleasure to revel in its grandiosity. The performances are outstanding by nearly every member of the ensemble. The filmmaking is reserved yet effective in the storytelling, and every one of these parts is at the service of a beautifully rendered screenplay. One can lament a fuller portrait not being presented and attribute such an act as a massive detriment. While further exploration would have been welcomed, what is displayed is a tremendous feat and a worthy inspection of a pivotal point in history.