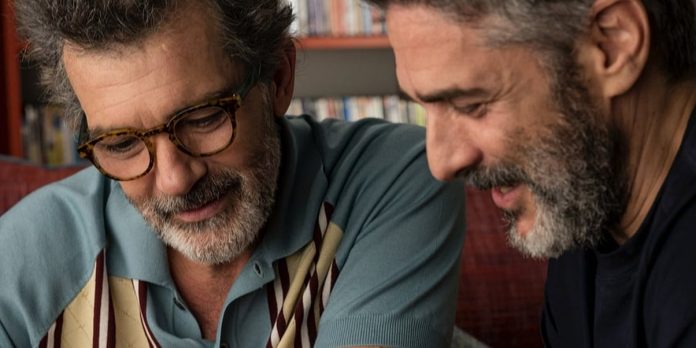 Dedicated Oscar watchers always make the best effort they can to see every possible contender there is before the ceremony. For many of us, we try to hunt down all the titles that have even the slightest bit of buzz so we can be as knowledgeable as we can throughout the award season. For myself, this mindset is no different. However, there is one area that I take particular interest in: the submissions for Best International Feature (formerly known as Foreign Language Film).

Every year, dozens of countries choose a single film to represent their nation at the Oscars, and from that enormous list, a select group of ten films will be shortlisted, leading to a final five that will receive Oscar nominations. It has always been a personal mission of mine to not only have seen most, if not all, of the films that will eventually be nominated, but those included on the shortlist as well. That means seeking out a great number of these films, and I am often helped by my local art house theaters and film festivals.

In going through the films that some countries have already announced, I noticed a rather interesting trend that emerged. A good number of these selections also indulged in showcasing LGBTQ content. This has always been a subject that has greatly interested me, and it was personally fascinating to see so many countries choose films with these topics. I wanted to give a brief rundown of those titles that discuss such themes, some from rather surprising places.

The most high-profile entry here is undoubtedly “Pain and Glory” from Spain. The film premiered to a ravenous reception at Cannes and won major prizes at the festival. It also comes from a noted auteur filmmaker who identifies as gay himself, that being Pedro Almodóvar. “Pain and Glory” is a semi-autobiographical take on Almodóvar’s life, with Antonio Banderas standing in for the director to reveal many personal demons. The film is said to present a vibrant artistic vision around characters that contain a fiercely queer perspective. Coming from the master craftsman Almodóvar is, we would expect nothing less.

Family is often a strong theme running throughout many of these types of films, and several of these submissions are no different. More specifically, a few titles indulge in the relationship between fathers and their familial unit, and how certain actions have rippling consequences for all its members. “Retablo,” from Peru, deals with the aftermath of an obedient son struggling to process the secret desires of his father that have just been discovered, and particularly how this has complicated his devout religious faith. In Panama’s submission “Everybody Changes” the patriarch comes out as a transgender woman, and her family now wrestles with this sudden and dramatic change in their lives.

Death is another subject that is often related to stories about family, and there are some titles that comment on these themes as well. The submission for Taiwan, “Dear Ex,” shows the burgeoning friendship between a young man and his deceased father’s male lover soon after the domestic life they were both accustomed to suddenly implodes. In Bolivia’s entry “Tu Me Manques,” this time it is the father himself dealing with the death of his son, as he travels to America to meet his son’s boyfriend and learn more about a life he struggled to accept.

​Unfortunately, some countries are friendlier to their LGBTQ population than others, which makes for a rather delightful surprise when examining some of these entries. Indonesia is a country with a conservative culture that has moved relatively slow in the advancement of civil rights for these marginalized groups. That is why its Oscar submission, “Memory of My Body,” is quite surprising. The film, inspired by true events, analyzes the life of a young man whose turbulent life leads him to discoveries about his own identity, particularly in the way he embraces both the masculine and feminine side of his personality. The film already caused controversy in its home country upon its initial release, but it’s encouraging to see support still present.

Sweden is not really a place one thinks of as controversial with its selections, but choosing “And Then We Danced” made more of a statement for another country that passed it over. The film actually takes place in Georgia and focuses on the relationship between two men in a dance troupe. That particular country, however, is still reluctant to support certain causes, and due to the subject matter, it was unlikely to ever be considered to represent the country at the Oscars. Sweden picking the film not only gives it a profile boost but also highlights how some places in the world still have more work to do to support voices that speak directly to the experiences of living there.

There is another film in this race that offers a rather unique perspective, even amongst a field already touting its diversity. We’ve seen films discuss topics related to many spectrums within the queer community, but so few of them offer stories about intersex individuals. Well, Venezuela’s submission “Being Impossible” does just that, and explores the complicated identity questions that come about when a person is suddenly introduced to new information that completely changes their lives and how they see the world. This is an extremely underrepresented topic, and it’s quite encouraging to see a film taking on this subject, much less representing a country at the Academy Awards.

The deadline for submissions for the International Feature Oscar is October 1, so there are still more countries who have yet to announce their selected films. Even still, the field right now contains numerous entries that speak to the plights and struggles of queer people around the world. Personally, it is quite miraculous to see so many countries choose these films as representations of the great local art that deserves recognition on a larger scale. Time will tell how many, if any at all, will make the eventual shortlists. However, just being selected out of the dozens of other titles considered by a single country is enough for a celebration. I hope the Academy will feel similarly inclined.