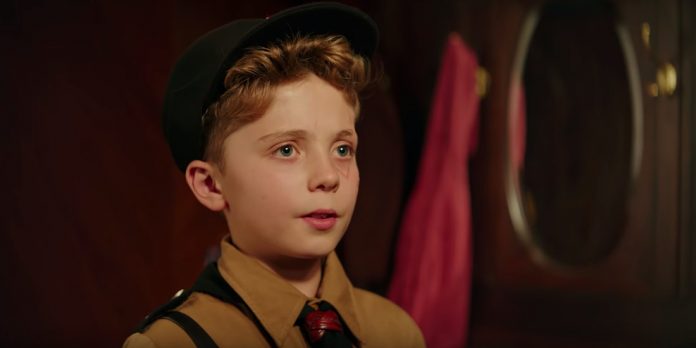 ​​Everyone always says that age is nothing but a number; in reality, that’s not the case. During awards season, people are always talking about age. The general audience and voters are so obsessed with age that there are records about the oldest and youngest person to be nominated – something that’s constantly trying to be beaten every year. Even though people say age doesn’t really matter, it defiantly plays a role in who gets nominated and who doesn’t, especially when it comes to actors.

Every awards season, there is usually one child’s performance that graces his or her way into the hearts of Hollywood. Most of the time, these young performers serve the film with a “cuteness” factor that might attract a wider audience, as opposed to its usual reach. But there are other times when the child actor gets the opportunity to play the emotional core of the film. Meaning, the child’s character is the protagonist that goes on the journey, and it’s that young actor’s job to connect with the audience. Some of these films become successful and even go on to being nominated for several Oscars including Best Picture, but for some reason, the child actor is nowhere to be found on the ballot even if they play a big role in the success of the film.

It’s rare for a child actor to be nominated for an Oscar even when their films are honored in other categories. For whatever reason, the Academy and other award branches tend to only see the actor’s age and not their talent. When the Academy does honor child actors, they are normally put into the supporting actor/actress category even when they are not a supporting player; like Tatum O’Neal for “Paper Moon”; Mary Badham for “To Kill a Mockingbird”; and in 2016, when A24 campaigned Jacob Tremblay for supporting actor for “Room.”

Let’s look at Tremblay in particular: “Room” opened at the Telluride Film Festival to universal critical praise, especially for Tremblay and Brie Larson. Tremblay, playing the role of Jack, is on screen for the majority of the film. The movie revolves around Jack and his journey discovering the world for the first time. It’s very much his story and one could argue that Ma (Larson) serves as his supporting player. But come awards season, Larson was put into the Best Actress category and won, whereas nine-year-old Tremblay, who had far more screen time than Larson, was placed in the Supporting Actor category and was only nominated for a SAG award.

This is also due to the studio’s placements of course, but this shows that the studio values adult performances over child performances no matter the scale of the role. So either the award branches won’t award the child performance, or they do and place them in the wrong category because, in their eyes, children can’t lead a movie. However, the Academy is also prone to nominating child performances in strong films if the role is an obvious supporting role; like Anna Paquin for “The Piano”; Justin Henry for “Kramer vs Kramer”; and Abigail Breslin for “Little Miss Sunshine.”

​There are also rare occasions, like in 2013, when the Academy nominated Quvenzhané Wallis for Best Actress. Even though she was nine at the time, she was placed in the right category and nominated for her work simply because she deserved to be there. Wallis is currently the last child to be nominated for an Oscar.

Today, this award season has two extremely strong youth performances that deserve to be in the conversation: Roman Griffin Davis in “Jojo Rabbit” and Noah Jupe in “Honey Boy.” Both actors serve as the leads and emotional core of their films and more than deliver. Additionally, both films have had successful runs on the festival circuit and are starting to gain in popularity from general audiences over the country. But again, both youth performances are nowhere to be found in predications for Best Actor or even Best Supporting Actor. Instead, Oscar predictors are predicting them for the Young Performer award at the Critics Choice Awards and stating that, if these young men continue acting, they can get nominated when they’re older. But why not now when they already have a strong performance? It’s safe to say that without these performances, their respected films wouldn’t be nearly as successful as they are. If the films themselves are being considered for Best Picture and stand a decent chance at several Oscars, shouldn’t their leading men also be considered?

Both Fox Searchlight and Amazon Studios have broken one glass ceiling by campaigning Davis and Jupe in the Lead Actor category, a category where they both deserve to be. But will any awards or critics branch give them the chance or will they overlook their performance because they are under 18 like they did with Jacob Tremblay and Brooklynn Prince in previous years?

There shouldn’t be an unspoken age restriction on when one can get nominated for an Oscar. If the performance is strong and deserving of a nomination, then they deserve it. It’s as simple as that. If they are old enough to play the part and play it well, they deserve to be nominated for their work. If one thing is clear, it’s that these two boys definitely deserve a fighting chance where their age doesn’t hurt them. ​