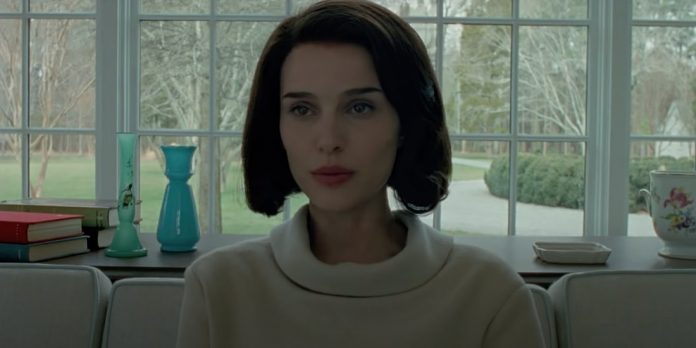 By Josh Tarpley​​​ After a very successful 2016 with both “Jackie” and “Neruda,” director Pablo Larraín has his next project set. Like “Jackie,” “The True American” looks to tackle another violent episode in America’s past, this time a more recent shooting incident in the days after the 9/11 attacks. Taking over the project from one-time director Kathryn Bigelow, the film has Tom Hardy set to co-lead the film.
​
Click beyond the jump to learn more about “The True American.” An adaptation of Anand Giridharadas’ nonfiction book of the same name, “The True American” will tells the story of Rais Bhuiyan, a Muslim immigrant and Bangladesh Air Force veteran who survived a shooting in Texas days after the 9/11 attacks. The shooter, Mark Stroman, a self described “Arab-slayer,” was put on death row, and (in an astonishing turn of events) Bhuiyan worked to see Stroman spared from execution.

After being unfamiliar with the events myself, a quick look at the book’s synopsis shows how this could be a powerful movie:

“The True American tells the story of Raisuddin Bhuiyan, a Bangladesh Air Force officer who dreams of immigrating to America and working in technology. But days after 9/11, an avowed “American terrorist” named Mark Stroman, seeking revenge, walks into the Dallas minimart where Bhuiyan has found temporary work and shoots him, maiming and nearly killing him. Two other victims, at other gas stations, aren’t so lucky, dying at once.

The True American traces the making of these two men, Stroman and Bhuiyan, and of their fateful encounter. It follows them as they rebuild shattered lives―one striving on Death Row to become a better man, the other to heal and pull himself up from the lowest rung on the ladder of an unfamiliar country.

Ten years after the shooting, an Islamic pilgrimage seeds in Bhuiyan a strange idea: if he is ever to be whole, he must reenter Stroman’s life. He longs to confront Stroman and speak to him face to face about the attack that changed their lives. Bhuiyan publicly forgives Stroman, in the name of his religion and its notion of mercy. Then he wages a legal and public-relations campaign, against the State of Texas and Governor Rick Perry, to have his attacker spared from the death penalty.
​
Ranging from Texas’s juvenile justice system to the swirling crowd of pilgrims at the Hajj in Mecca; from a biker bar to an immigrant mosque in Dallas; from young military cadets in Bangladesh to elite paratroopers in Israel; from a wealthy household of chicken importers in Karachi, Pakistan, to the sober residences of Brownwood, Texas, The True American is a rich, colorful, profoundly moving exploration of the American dream in its many dimensions. Ultimately it tells a story about our love-hate relationship with immigrants, about the encounter of Islam and the West, about how―or whether―we choose what we become. [Amazon]”

As mentioned before, at one time Bigelow was attached to direct, she will still remain as a producer as Larraín takes over the director’s chair. If you saw “Jackie” then you know that Larraín has the ability to bring this material to life in a truly mesmerizing way. Whether it be the shooting itself or the relationship these two men build, Larraín’s sensibilities seem well suited for a character study such as this.

Expect to see a lot of conversation around this project as it develops, in today’s political climate there will no doubt be controversy over a film focused on a Muslim immigrant shown in a positive light. Again, this is a true story, but that won’t stop some from claiming the film has overt political messages as if it were a fictional tale.

With “Jackie” serving as a warm-up for Larraín’s Oscar chances, expect to see “The True American” in the awards conversation in whatever year it sees release (most likely 2018). What are your thoughts? Do you think the “Jackie” director is well suited to this material? Were you familiar with the real life events before today? Let us know in the comments below!
​
​You can follow Josh and hear more of his thoughts on the Oscars and Film on Twitter at @JoshTarpley7