“IT COMES AT NIGHT” 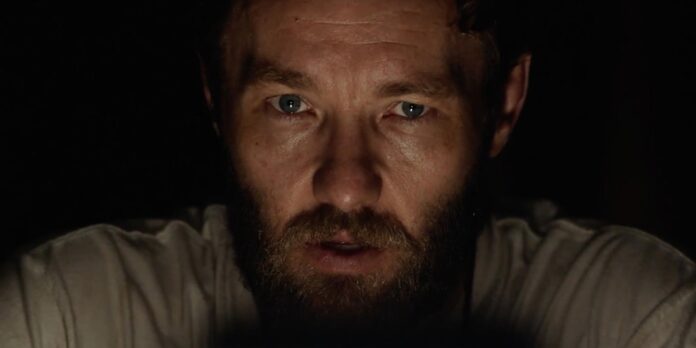 THE STORY – Secure within a desolate home as an unnatural threat terrorizes the world, the tenuous order a man (Joel Edgerton) has established with his wife and son is put to the ultimate test with the arrival of a desperate family seeking refuge. Despite the best intentions of both families, paranoia and mistrust boil over as the horrors outside creep ever-closer, awakening something hidden and monstrous within the man as he learns that the protection of his family comes at the cost of his soul.

​With his debut film last year, “Krisha,” I spoke very highly of writer/director Trey Edward Shults. Here we are now with his sophomore film “It Comes At Night” and I can safely say that this extraordinary filmmaker is the real deal. “Krisha” could have been a one-hit wonder for the young 28-year-old director but luckily that is not the case. A lot of the elements which made “Krisha” such a success are back in “It Comes At Night” such as the intense human drama, the focus on family and our worst inner tendencies. When you can put out a film that literally shakes people to the bone and leaves them speechless at the end, you’re officially on notice.

An unknown disease has consumed the world, forcing Paul (Joel Edgerton), his wife Sarah (Carmen Ejogo) and their son Travis (Kelvin Harrison Jr.) to take shelter within their home deep in the woods, miles away from civilization. Boarded up, wearing gas masks and never going out at night unless absolutely necessary, Paul does everything he can with a strict set of rules to keep his family absolutely safe from the unknown sickness that lurks outside of their home. However, one night a mysterious man named Will (Christopher Abbott) breaks into their home, thinking it is abandoned, hoping to get water and supplies for his own wife Kim (Riley Keough) and their young son Andrew (Griffin Robert Faulkner). After considering the situation carefully, Paul and Sarah make the decision to allow this other family to live with them but as time goes on distrust and paranoia drives a wedge between the two families.

“It Comes At Night” is an exercise in paranoia, fear, survival, and dread. It will leave you completely drained by the end both emotionally and mentally. Shults has such a gift for crafting characters that are extremely human and make decisions that never feel unordinary or unnatural. We have seen films that explore the idea of “How far would you go to protect your family?” However, those films do not have the patience nor the intensity as Trey Edward Shults brings to his films. This is a very dark film, both literally and figuratively, in how it is shot and its story is presented. Shults dives deep into the horror genre here this time around, where “Krisha” felt more like a nightmarish drama and proves that what is not shown can be just as terrifying as what is shown. The music is perfectly set to the foreboding nature of this film as the camera glides through the deep forest with menace and composure. Shults, who also co-edits the film, keeps the length under two hours and yet conveys enough characterization and builds enough momentum to make this film, in my mind, perfectly paced.

The performances in “It Comes At Night” are uniformly excellent across the board. Joel Edgerton and Carmen Ejogo, in particular, go through some very intense character arcs that are fascinating and devastatingly brutal. Each character has to emote a tremendous amount of fear, sadness and also, moments of humanity. Joel Edgerton will surely be signaled out by many, as he is the most recognizable star in the film and the lead but each character is important. One of my only gripes is I wish we could have seen even more interactions between the two families. They are all that good and a lot of that credit is owed to Shults’ screenplay and direction.

Some may be disappointed to find out that “It Comes At Night” is not your typical “monster in the woods” type of movie. Instead, Trey Edward Shults’ follow-up to his equally dark debut film “Krisha,” is something else entirely. Something sinister. Something bold. It’s a work of art that makes us look inward and forces us to put ourselves in the place of these characters, doing everything they can to not only stay alive but to protect the people they care about most. The results are horrifying and distressing making “It Comes At Night” not only one of the best horror films of the year but one of the best of the year itself.