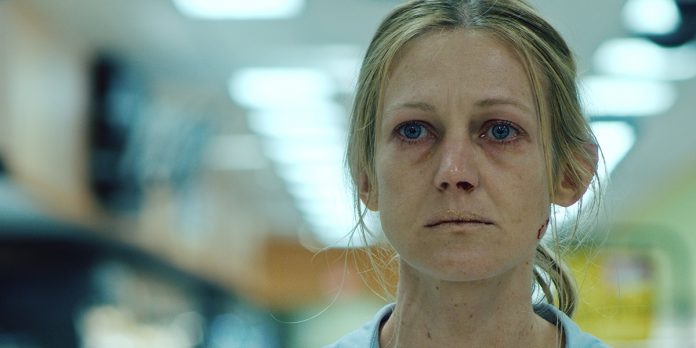 ​The new film “The Swerve” is a harrowing look at mental illness and the ways it can start small before growing and leading to cataclysmic results. It’s engrossing and terrifying, and it most notably features a stellar performance from its star Azura Skye. I had the great pleasure to ask Ms. Skye some questions about her process and how she was able to reach such deep, heart-wrenching levels with her character.

I just wanted to say how impressive your performance in “The Swerve” is, both in terms of the emotional weight and the commitment you are able to bring to the character. With a story this heavy, I’m sure it’s sometimes difficult to not carry some of it with you after the cameras are done rolling. How did you separate yourself from the character you were playing and decompress when the shooting day was done?

First of all, thank you so much for your very kind words. They really mean a lot. In regards to your question, I’m very fortunate that I’ve never been someone who takes my characters home with me. That’s not by choice, it’s just the way I’ve always worked. I tend to seperate from my characters as soon as we cut. I always have to come right back to being myself. That being said, I had never been asked to do something this emotionally strenuous before, and it was quite a daunting role to take on, so going into it I did wonder if this might be the exception, in terms of carrying that emotional weight home with me — but thankfully that wasn’t the case. There really wasn’t any time for any sort of decompression at the end of the day, apart from getting enough sleep to be able to get up and do it again the next day. I truly had to take it one day at a time, because if thought beyond that, it was too overwhelming.

Is this the most difficult performance you’ve gotten to do in your career thus far?

I’d use the word challenging, rather than difficult — but yes. This is undoubtedly the most challenging role I’ve ever had. It was truly the role of a lifetime; at least thus far. But as challenging as it was, every day was such a privilege. This role was just such a gift.

With a story this turbulent, I’m sure a strong level of trust between the performers is necessary. Can you talk about any exercises or anything similar that you did before filming began to bond with your fellow actors?

That would have been nice, but was not a luxury we had. Which is not unusual. In my experience, it’s pretty rare that you get an opportunity to bond with your cast ahead of time. I had met the two boys who play my sons a day or two ahead of time, so I’d spent a little time with them and their mothers. I don’t think I met any of the other actors until right before shooting. It was really a matter of just choosing to trust these people, immediately, and innately. There really wasn’t an alternative.

Another impressive aspect of your performance is the vast variety of choices and reactions you found for this character. How did you look at each individual scene so that you never made the same choice twice?

I never broke it down in terms of choices that way. I just did my best to react honestly to whatever was happening in each moment. One thing what was extremely helpful, and almost unheard of, is that we shot the entire film in sequence. So the character truly did progress scene to scene, day to day. The circles under my eyes progressively got darker. As Holly’s story unfolded, new choices revealed themselves. It’s so important to be open to what’s already there, and not try to impose your own agenda, or choices, necessarily. Just seeing what the moment wants to be, and remaining flexible.

I was struck by how much this film and your performance reminded me of the character-based films of Hollywood’s past, specifically the ones that starred powerful actresses like Ellen Burstyn or Jill Clayburgh, for example. What performances from other actors or actresses did you use for any sort of inspiration for your work in “The Swerve?”

Thank you for those very complimentary comparisons. You totally made my day :) There are probably more inspirations than I can count, including the actresses you mentioned, but the only way I could play Holly, was to go inside myself, and make her completely my own. That was the only way it could be truthful. So, no — I would not say that I drew direct inspiration from any particular performance. More generally though, I would say that I did my best to draw from actors like Joan Allen, Meryl Streep, Vanessa Redgrave. Actors who can speak volumes without ever saying a word, and who have such strength and vulnerability in the same moment. They just work from a different place. It seems to come straight from their bone marrow. So, that’s always something to aspire to — bone marrow acting.

Without giving too much away, what was your favorite scene or moment in the film to shoot?

This will probably sound completely twisted, but if I had to choose just one, I’d say the scene towards the end where I discover the boys in the living room. It’s such a huge moment, and not one that you can really prepare for. That’s the sort of scene you just have to dive into on the day, and hope it happens. But for an actor, it really doesn’t get better than that. That’s a once in a lifetime kind of scene.

Be sure to check out Azura Skye’s incredible work in “The Swerve.” I have yet to see a better performance this year; anyone with an interest in the Best Actress race needs to see it. Have you seen it yet? Let us know in the comments section below or on our Twitter account.