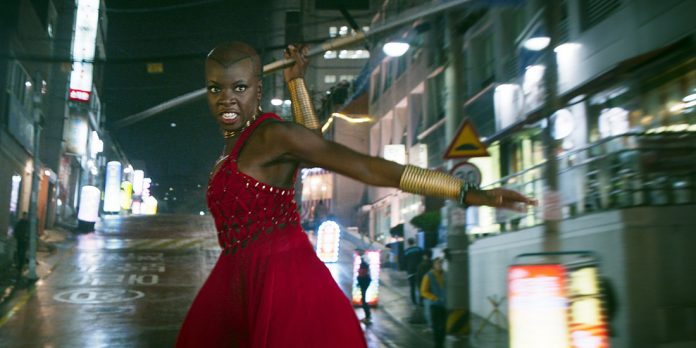 Danai Gurira is keeping her hot streak going. The actress has signed on to play political trailblazer Shirley Chisholm in the historical drama “The Fighting Shirley Chisholm.” Variety claimed the film will chronicle the struggles that Chisholm faced when she became the first Black woman to run for president in 1972.

​Cherien Dabis will direct the film, with a script written by Adam Countee. Stephanie Allain and Gabrielle Ebron will serve as producer and executive producer, respectively. Dabis and Countee have asserted that the film is not a traditional biopic, in that it will eschew most of Chisholm’s life to focus on a particularly crucial period in her political career.

A representative for the film told Variety that the film will illustrate the impact that Chisholm’s bravery had on the future of the United States. “The Chisholm Trail was populated by young people who sought social and political change during one of the most turbulent times in American history,” they stated. “[Chisholm] recognized she could make real change by challenging the status quo.”

“The Fighting Shirley Chisholm” will mark the first time Chisholm’s story will appear on the big screen, though she was the subject of a “Mrs. America” episode earlier this year. Uzo Aduba won an Emmy Award for Outstanding Supporting Actress in a Limited Series for her portrayal of Chisholm.

“The Fighting Shirley Chisholm” was originally green-lit by Amazon Studios with Viola Davis attached to star, but the film is now being financed by Homegrown Pictures with Gurira in the lead role. Gurira was last seen in the tenth season of the AMC series “The Walking Dead” and is scheduled to appear in the “Black Panther” sequel set for 2022.

What do you think of Gurira being cast in “The Fighting Shirley Chisholm”? Do you think she will be able to land her first Oscar nomination? Let us know in the comments section below or on our Twitter account.