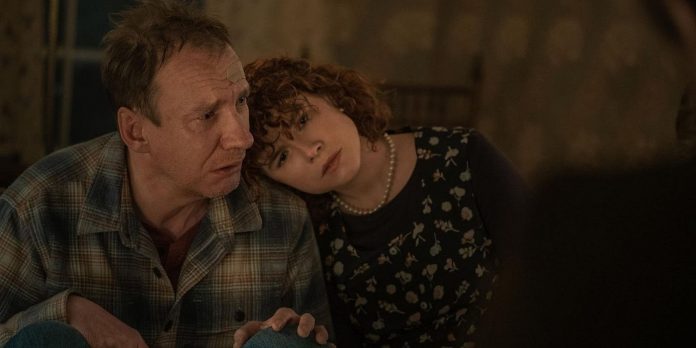 On September 4th, Charlie Kaufman’s latest film, “I’m Thinking of Ending Things,” premiered on Netflix and perplexed the entire film watching community. Some people loved it while others hated it – unable to formulate what the film itself was exactly about. Critics and audiences have used words like “mind-trip,” “confusing” or even “arrogant” to describe it. While the film is definitely ambiguous, at the same time, it also discusses topics about loneliness, love, life, and especially the what-if’s – what Iain Reid’s novel touches on.

​While Kaufman takes creative license in his adaption, where reading the book won’t necessarily help you with understanding the film in its entirety, Kaufman talks about the same themes Reid does, just through a different lens. In the novel, Reid tells his story through a more direct narrative with horror and thriller staples. Kaufman, on the other hand, uses theater-like monologues, mind-bending transitions, and eerie visuals. It lives in ambiguity but still talks about the mundane circle of life by analyzing the what-ifs in life and the maybes that one never took.

Funnily enough, the sequence where the film hits that theme right on the head is in the school and during the dance number. Throughout the entire film beforehand, Jake and Lucy’s (or Louisa or Amy) visit is paralleled to a school janitor’s typical day. As Jake and Lucy/Louisa/Amy (the role is officially credited as “Young Woman”) talk about abstract and philosophical topics typically centering around a meaningless life, Kaufman will cut to the janitor’s meaningless life. The janitor, who is well into his second half of life, cleans up the mess of the younger generation that will soon pass him on the socioeconomic ladder. He lives alone, eats alone, and does the same thing over and over again as he watches the lives of teenagers just getting started – while he’s there to clean their mess.

But towards the end of the film, the Young Woman, who is looking for Jake, comes face to face with the janitor, and when the janitor asks what Jake looks like, she states, “We never even talked, is the truth. I’m not even sure I registered him.” She then tells a different story of the night she and Jake meet, but in this story, she was there with her girlfriend, and a guy, presumably Jake, kept looking at her which made her uncomfortable. “Nothing happened,” she says. The janitor then offers her the same slippers Jake offers her at his parents’ house, and as she leaves, a dance breaks out with the Young Woman, Jake, and the janitor where the janitor kills Jake.

​With this sequence, Kaufman cleverly displays the power of perspective. With Jake’s perspective, he and the young woman hit it off and have great chemistry. But from the woman’s perspective, she isn’t interested at all and is extremely uncomfortable by Jake’s glances. The Young Woman and Jake go their separate ways, but since Jake also gave the Young Woman those slippers at his parents’ house, it’s possible to assume that Jake became the janitor at his old high school that we see in the film. This would mean the entire sequence of Jake taking his girlfriend home to meet his parents is just a fantasy about the young woman from trivia night and what their relationship could have been.

The dance sequence perfectly shows that, as the janitor and Jake are trying to claim the Young Woman, it turns into a deadly match between the two. This can be seen as an internal struggle for Jake because, for the duration of the film, he is figuring out what would have happened if he had asked her out at trivia night. Would it work out where they would eventually fall in love and live happily ever after? What if she was just like him? Or a scholar? Or a poet? Or an artist? Or was the girl she was with her actual girlfriend, and the young woman was simply uninterested? Or worse, what if she went out with Jake and then figured out it wasn’t going to work when he thought it was going so well (well enough to introduce her to his parents)? What if nothing comes out of this relationship and she ends things, leaving Jake alone with his mind wondering where did he do wrong?

People can go crazy thinking about the what-ifs in life or how one moment could change the course of it. It’s what fairy tales are made of, after all. But Kaufman uses that same notion only to discuss the negative side of the coin. What if that moment changed your life for the better? But what if it didn’t? Or even worse: what if it does nothing but waste your time? Would Jake still have been a janitor at his high school if he had asked that woman out? Judging by Kaufman’s adaption, and particularly from the dance sequence, I believe Jake thinks the former: that she would end things leaving Jake alone with his mind eating away at him, just like a pig infested with maggots.

Have you seen “I’m Thinking of Ending Things?” Have you read the book? What did you think? Let us know in the comments section below or on our Twitter account.