​How Tim Burton Taught Millennials What A Director Is 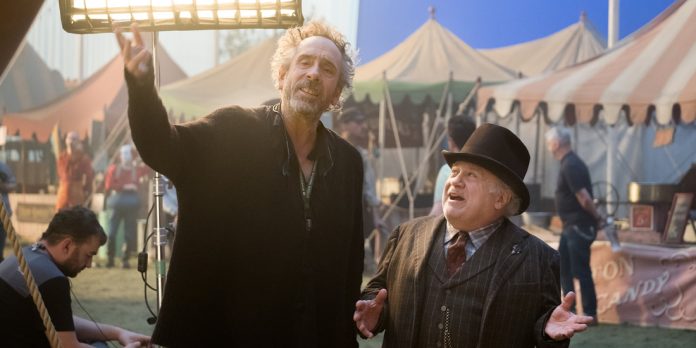 Tim Burton’s career has admittedly had some ups and downs. He started strong in the late 80s and all through the 90s, but once his “Planet of the Apes” was released in 2001, the quality of his films started to vary wildly (and I say this as a defender of “Sweeney Todd”). However, for a lot of us who grew up in the 90s and went on to become film buffs in our adulthood, I would argue that his movies, especially his early work, had a great impact on us in terms of recognizing what exactly a director does. His bold style, specific narrative themes, and preferred acting choices all point to a strong directorial hand that practically served as an introduction to auteur theory for young millennials.

For my generation (and most generations), the films that most kids were watching, based on box office reports and general cultural saturation, were animated films from the Disney company. And if we were watching live-action films appropriate for our age, they were mostly family-friendly movies from directors such as Chris Columbus (I’m speaking generally, of course). And no offense to Mr. Columbus, but these movies don’t exactly have a hyper-apparent director’s hand. The other big director for our generation was, of course, Tim Burton, whose stellar run of films in this time period was big with both adults and children. “Pee-Wee’s Big Adventure”, “Beetlejuice”, “Batman”, “Edward Scissorhands”, and “Batman Returns” all had visual flourishes and characters that kids could enjoy while still featuring stories and jokes for adults. And he holds the rare distinction for a director of being a recognizable name; in fact, many movies have been marketed as coming from “the imagination of Tim Burton”. Pairing his name with his vision meant that kids of my age had an idea of what exactly he was in charge of as a director.

It’s impossible to not recognize Tim Burton’s style, as it has remained consistent for the better part of four decades. Most obviously, he has an affection for gothic sensibilities in the looks of his environments and in the themes and motivations of his characters. Death and morbidity are all around us when we watch a Burton film. Speaking more specifically, from a design standpoint, he is drawn to spirals, pale makeup, and big hair, lending a frenetic and uncanny quality to his aesthetics. He is easy not only to identify but also to parody, which can be argued is the sign of a strongly defined directorial vision. Seeing these similar visual flourishes across several movies, it becomes readily apparent to young viewers that a director has a hand in the general “look” of a movie. And when it comes to consistent character archetypes and themes, many of his protagonists are outsiders who struggle to fit into a society that is not designed with them in mind. This is best seen in “Edward Scissorhands”, where the title character literally lives in an isolated tower decorated like a Tim Burton vision board.

Additionally, he has an affection for both specific styles of acting and for casting many of the same actors consistently. He is not afraid to let his actors go big, most notably in the supporting performances in “Beetlejuice” and the Batman movies. And at the same time, his lead characters are usually played as withdrawn and introverted. His take on the Caped Crusader is a famously understated one, even with a comedic legend like Michael Keaton under the mask. And the fact that he uses the same actors over and over again shows that he clearly has final say in who gets to be in his movies. An overlooked part of critical explorations of directors is their influence on actors, both in performance and in casting, but with Tim Burton it is apparent.

Needless to say, Tim Burton is one of the most obvious Directors with a capital D that Hollywood has seen in the past 30 years. And for those of us who grew up in his early days, it was easy to use him as a template to understand what exactly a director does. If you were a child in the 90s with a burgeoning interest in film, his movies were perhaps the best way to notice a director for the first time. And with the upcoming release of his take on “Dumbo”, he has the chance to not only put a personalized stamp on what has otherwise been a rather soulless string of Disney live-action remakes but also to hopefully inspire some young film-lovers with the potential of what a director can do.

Share
Facebook
Twitter
Copy URL
Previous article
The Next Best Picture Podcast: Episode 135 – Oscar 2020 Preview, Disney/Fox & The Trailer For “Once Upon A Time In Hollywood”
Next article
This Is…Us?