How The Palm Springs Film Festival Matters To The Oscar Race 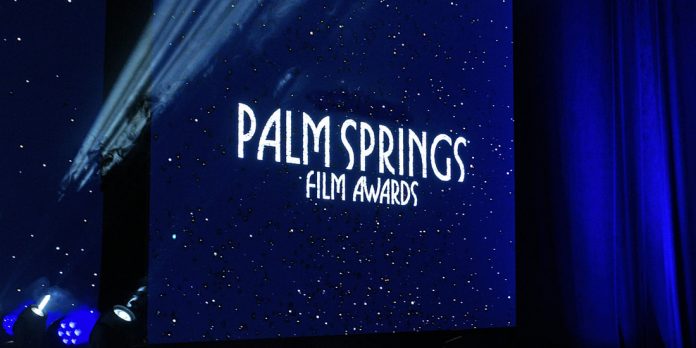 ​On Monday, the 30th annual Palm Springs International Film Festival came to a close after offering screenings of 226 films from 78 countries in 12 days. Attendance figures from this year’s festival have yet to be released, but last year the Palm Springs fest drew over 135,000 attendees, making it the third most-attended film festival in North America.

Positioned as it is after the first of the year, Palm Springs doesn’t have the same influence on the major Oscar categories as, let’s say, the Telluride, Toronto and New York festivals, which annually premiere many of the films that go on to contend for the marquee Oscar categories. As unfriendly as the calendar might be to Palm Springs in uncovering potential Best Picture winners, it does afford this event two opportunities that no other festival can provide.

​The first (and most glitzy) are the stars who are honored every year at the Opening Night Awards Gala. The festival organizers obviously watch the developing Oscar race during the fall and invite likely nominees to walk the red carpet and accept awards from the film society with wonderfully vague names as the Desert Palm Achievement Award or the Sonny Bono Visionary trophy. (In the history of the Opening Night Gala, 87% of the honorees wind up with Oscar nominations a few weeks later.) Trade and entertainment press annually show up en masse — with Bradley Cooper, Emma Stone and Timothée Chalamet there, how could they not? — so Palm Springs has become a crucial stop on the Oscar campaign trail.

Awardees also have an opportunity to perfect their speeches for the Golden Globes to be held a few days later, but, perhaps most importantly, they get a chance to be photographed holding an award and being perceived as a winner already, just as Oscar voting is beginning.

The festival’s real Oscar race significance doesn’t begin until the next day, however, when screenings begin. Palm Springs is the only major film festival to take place after the Oscar shortlists are revealed, and since its inception, the festival’s central focus has been on foreign language films. In recent years, the festival’s programmers, who may be clairvoyant, have booked every Oscar short-listed foreign language film before the shortlist was even announced.

Once again, all nine short-listers were here this year, from the expected big titles such as “Roma,” “Cold War” and “Shoplifters” to even difficult-to-see films such as the Kazakhstan entry “Ayka.” Most of those films’ directors were here as well, mingling with festival-goers, many of whom are likely Academy voters, given the large number of entertainment industry retirees here in the Coachella Valley. And in the end, the festival’s juried Best Foreign Language Film prize was awarded to “Shoplifters.”

Despite the presence of many other non-shortlisted foreign language films such as “Girl,” “Border” and “Everybody Knows,” the festival featured several English-language 2019 releases, including Kenneth Branagh’s “All Is True,” Bruce Beresford’s “Ladies in Black,” and Sydney Pollack’s Aretha Franklin documentary “Amazing Grace.”

Palm Springs is one of those film festivals where the art of film is celebrated both by its programmers and its large audience. But it also keeps one eye on the Oscars, which is why I love this festival so. Oscar prediction tip for next year: if you want to know what nine films are going to be short-listed for the Best Foreign Language Film Oscar, take a look at the Palm Springs Film Festival line-up. They’ll be there.