How Taron Egerton Could Be An Oscar Contender For Best Actor 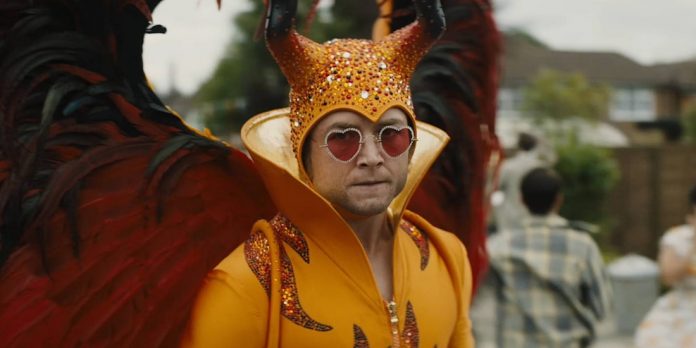 It’s been six months since “Rocketman” flew into theaters impressing both critics and audiences alike. The fantastical account of Elton John’s life shows viewers that the musical biopic is alive and thriving. It was Taron Egerton’s performance in particular that really caught people’s attention. His impressive vocals, stage presence, and overall star power make it feel like we are watching Elton John’s life unfold before our very eyes. Immediately after viewing the film, I knew that I had seen something special in his performance. The “Rocketman” scene alone is one of the most memorable sequences of the year showcasing Elton John at the depths of depression struggling to cope with the world around him. Yet, he turns it all around when the neon glow of the stage lights beckon him to perform. Egerton gives the scene a level of emotional gravitas that is wrapped up in vulnerability and pain, but quickly soars to new heights when the show demands. It’s not just the musical numbers that make his performance stand out, but the transformative journey Egerton brings us on from Reginald Dwight to Elton John.

The Oscar chatter immediately began following the film’s release. Could Taron Egerton be considered for a Best Actor nomination? Its May release was a long way from what many deem to be “official Oscar season.” With actors like Adam Driver, Robert De Niro, and Joaquin Phoenix in the hunt for the highly esteemed Best Actor trophy, it can be easy for films released before September to get lost in the fray. That’s not going to happen with this performance because I won’t let it!

Today, I’m going to give you all the reasons why Taron Egerton could be a contender for Best Actor at the Academy Awards.

If there’s one thing the Academy loves, it’s a musical biopic. Think back to 1984 when a film called “Amadeus” stormed on the scene. Sure, the classical music world may be quite a bit different from the rock and roll scene depicted in “Rocketman,” but the genre itself is very similar. A musician rises to the top to impress the world while struggling with the pitfalls of fame (different periods, but similar storylines). “Amadeus” was an Oscar juggernaut with 11 Academy Award nominations and eight wins. Tom Hulce was nominated Best Actor for his work in the film as the eccentric Mozart. Recent films like “Ray” and “Walk the Line” have gained Academy attention for Jamie Foxx and Joaquin Phoenix’s portrayals of musicians rising to fame against all odds. Just look to last year’s “Bohemian Rhapsody” as proof that the Academy loves the genre. The Queen biopic dominated the Academy Awards with Rami Malek taking home the Best Actor trophy. If we’re looking at past trends, it’s unlikely that the Academy would award Egerton right after Malek won the award for playing Freddie Mercury. However, it’s clear that actors playing musicians attracts the Academy’s attention, and a nomination could certainly be in the cards.

A significant factor in Taron Egerton’s awards season will be the Golden Globes. The Hollywood Foreign Press Association loves a musical. The Association breaks up the acting categories into two separate groups: Best Actor in a Drama and Best Actor in a Comedy or Musical. Early front runners like Adam Driver in “Marriage Story,” Robert De Niro in “The Irishman,” and Joaquin Phoenix in “Joker” will be headed for the drama category. “Once Upon a Time in Hollywood” will be competing in the Comedy and Musical category, which means that Leonardo DiCaprio is pretty much a lock to make his way in as Rick Dalton. I’d bet on Eddie Murphy making it in for “Dolemite is My Name” as well. That will leave a slot for Taron Egerton’s “Rocketman” nomination in the category. Keep in mind that in past years Ryan Gosling (“La La Land”), Hugh Jackman (“Les Miserables”), Johnny Depp (“Sweeney Todd”), Joaquin Phoenix (“Walk the Line”), Jamie Foxx (“Ray”), and Richard Gere (“Chicago”) have all taken home this award for starring in musicals. Don’t count out the power of song at the Golden Globes. Who knows, enough traction at the Globes could certainly lead Egerton on a path to the Oscars.

Perhaps the biggest factor catapulting Egerton towards an Oscar nomination is his friendship with Elton John. If you want an Academy Award nomination, you have to campaign to get the voters to notice. It’s part of the process, and these two have been campaigning since day one. It’s almost as if Egerton was destined to play this role when he first sang Elton John’s “I’m Still Standing” in Illumination’s animated film “Sing” back in 2016. The two then appeared together in “Kingsman: The Golden Circle,” where Elton John had a cameo as himself.

Since the release of “Rocketman,” Egerton has appeared at a few of John’s recent “Farewell Yellow Brick Road” concerts to perform on stage with him. The two even had a special concert in October called “Rocketman: Live in LA” with the Hollywood Symphony Orchestra accompanying them. The two have also been on the campaign trail with various industry people and voting body members, giving interviews, attending parties together and more. There’s no doubt that Elton John has a massive amount of star power and industry pull. Perhaps enough to help Taron Egerton’s campaign for a nomination?

The next two months will be very telling in Taron Egerton’s journey through awards season. However, let’s forget about campaigning, the Golden Globes, and the Academy’s affection for biopics for a second. What we have at the core, is a fantastic performance by Taron Egerton filled with energy, emotion, and electric stage presence. I would love to see him nominated for an Oscar for Best Actor for his work in “Rocketman” and I’m sure many others would as well. So why are we not talking about it more? Hopefully the above points help you to realize that the race for Best Actor is not set in stone and there is room for Egerton to make his way in there.

​What do you think about Taron Egerton’s performance? Do you think he could be a contender for Best Actor? ​Let us know your thoughts in the comments section below or on our Twitter account.