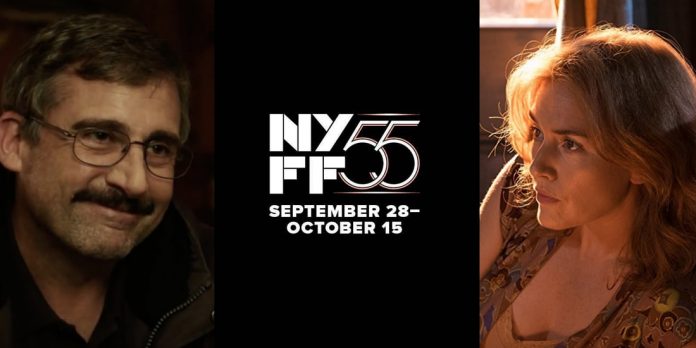 ​NYFF55 is officially over. With Venice, Telluride, Toronto and now NYFF officially behind us, the race is finally starting to take shape. With only two big films left to be seen, “Steven Spielberg’s “The Post” and Paul Thomas Anderson’s “Phantom Thread,” we officially know everything we need to know to make the most well informed and best Oscar predictions possible as we now head towards the critic’s awards. So what did NYFF teach us?

​NYFF brought us two world premieres with it’s opening night film “Last Flag Flying” and closing night film “Wonder Wheel.” Both were met with mixed to negative reviews and will both struggle to ultimately factor into the awards race. Depending on how it fares once it opens, right now “Last Flag Flying’s” only hopes are Bryan Cranston, Steve Carrell and Adapted Screenplay (Which is admittedly a wasteland that is struggling to find contenders). There seems to be category confusion with Cranston and Carrell as Amazon has confirmed that Carrell is going lead while Cranston is going supporting. Personally, I think Carrell gives one of the best performances of his career (It might be the best) and if he were to contend in Best Supporting Actor, he might actually be able to contend, whereas, in lead, he faces stiff competition from performances that will be tied to Best Picture.

“Wonder Wheel” is a whole other monster. One thing is for sure, nominations for Picture, Director and Screenplay appear to be off the table. The best bet for a nomination is cinematography as the working relationship between Vittorio Storaro and Woody Allen might be the single best thing that Allen has done for his career in recent memory as far as adding a new dimension to his films. Winslet is a trickier situation. It is clear that the Academy loves her (7 nominations and 1 win for “The Reader”) and she will no doubt have her fans once again. The performance is a mixed bag as she plays an unlikeable character with no subtlety, although she sells the dramatic and theatrical moments wonderfully. If you are still predicting her, I’d place her in your number 5 slot or not at all. This could also surprise and go the way of Jennifer Lawrence in “Joy” which many had written off after its initial reviews came out. However, in the end, the Academy proved that they really loved Lawrence with yet another nomination. The same logic may apply here.

As for the other films which I saw at NYFF55 and their Oscar potential, it will be easier for you if I were to list them in all likelihood, so without any further adieu…

No Oscar potential for this one.

Spring 2018 release. Many will say Ethan Hawke is worthy but I fear the film will alienate and upset many. Definitely more for the art-house crowd.

I have it in for Best Original Score but I would not count out Best Cinematography either.

A probable Best Foreign Language Film contender but I highly doubt it will win the Oscar despite winning the Palm d’Or earlier this year.

Despite a warm reception and positive reviews, this delightful film from Noah Baumbach’s best chance at showing up in this year’s awards race is for Dustin Hoffman in Best Supporting Actor.

It’s certainly deserving of many nominations including Best Picture, Best Director, Best Actor (Garrett Hedlund), Best Supporting Actor (Jason Mitchell) and Best Supporting Actress (Mary J. Blige). However, I fear that the Netflix logo is going to hurt this ambitious film more than help it, leaving us with only a possible Best Adapted Screenplay nomination and even that is shaky at the moment.

“Call Me By Your Name“

Believe the hype. Since January we’ve been hearing about this film and I am here to tell you that the praise is warranted. It could get nominations for Score, Cinematography, Song, Editing, Best Adapted Screenplay, Best Supporting Actor (Both Armie Hammer and Michael Stuhlbarg are in play), Best Actor (Timothee Chalamet is the real deal), Best Director and Best Picture. Of those, I have it currently getting 5 nominations for Best Picture, Best Actor, Best Supporting Actor (Armie Hammer), Best Original Song and Best Adapted Screenplay (Which I have it winning).

This was my number one favorite film at NYFF and is the film I would love most of all to see get deserved nominations for Best Picture, Best Actress (Ronan continues to surprise), Best Original Screenplay (Gerwig captures dialogue so authentically) and Best Supporting Actress for Laurie Metcalf. Of these, the only one I actually have predicted in Laurie Metcalf but the other 3 nominations are all on the table and should not be written off. If Winslet and Chastain drop out of Best Actress, don’t be surprised to see Ronan squeak in there.

And that will just about do it for our coverage of this year’s New York Film Festival and the impact it has had on this year’s Oscar race. All of the reviews have been posted and you can check out our predictions here.