How Golden Globes Can Change The Course Of The Oscar Season 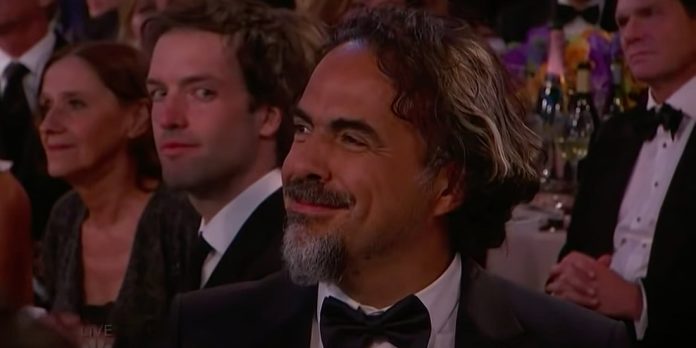 Like the Oscars, the Golden Globes often have outcomes that draw outrage for one reason or another. But these last few years have been a particularly golden era for anger over the Globes, as many of the biggest Oscar “villains” of the recent era have launched their paths to controversial Oscar victories on Globes night. By that pattern, the likely best bet for this year’s Globes on February 28th is to pick the current and future villains of Oscar season 2021.

For those who have lamented the Oscar triumphs of “Green Book,” “Bohemian Rhapsody,” “Three Billboards Outside Ebbing, Missouri,” “La La Land,” Rami Malek, Sam Rockwell, Eddie Redmayne and other recent divisive choices, they can point to the Golden Globes as the first to lay the groundwork. As such, for those fearing and rooting against Oscar triumphs for the likes of “The Trial of the Chicago 7“, Glenn Close, Sacha Baron Cohen, Aaron Sorkin and other potential so-called “villains,” they have reason to be skeptical that the Globes can stop them in their tracks.

It’s unlikely at this point that there will be a Globes quite like 2018, which set the award season villainy bar with its double Best Picture wins for “Green Book” and “Bohemian Rhapsody,” and its Best Actor and Best Screenplay victories for Malek and “Green Book” that would be repeated on Oscar night. For those who look upon 2018 as the worst of recent Oscar seasons, that Globes night prepared them very well for such an ugly ending.

By that recent context, it was easy to fear the worst after the 2019 Globes, where “Once Upon a Time in Hollywood…” and “1917” were poised to be the “villains” that stood in the way of “Parasite” after their Best Picture Globe wins. Despite all early indications, “Once Upon a Time in Hollywood…” never seriously threatened in the Best Picture race after that, as its potential for Quentin Tarantino fueled backlash and award season villain status faded in the background of Brad Pitt’s Supporting Actor victory lap.

“1917” became “Parasite’s” biggest threat instead, as the Globes began to clarify. But it was never considered a villain on a “Green Book” or “Bohemian Rhapsody” level, as its biggest sin was threatening the season’s big hero in “Parasite” If it had won Best Picture, it might have been a different story. The Globes would have gone down as its prologue, yet the Academy’s complete 180 from 2018 spared it from that fate.

It was barely that merciful in 2017 as well, once “Three Billboards Outside Ebbing, Missouri” became one of the most beloved and loathed films of that season, starting with its near sweep at the Globes. The growing controversy over its less than progressive aspects and characters didn’t stop Globe winners Rockwell and Frances McDormand from their Oscar repeats. Yet to the relief of its loudest detractors, it was narrowly stopped from repeating its Best Screenplay and Best Picture wins along with it.

​”La La Land” also eventually became a film many actively rooted against, after its Globes sweep in 2016. Half of it was due to typical backlash from being the Oscar favorite all season, and half was by default when “Moonlight” became a more beloved alternative in many circles. In any case, its seven Globe victories accelerated backlash that only stopped when producer Jordan Horowitz revealed “Moonlight” won Best Picture after all.

“The Revenant” came close to a Best Picture victory over “Spotlight” in 2015. Its Best Drama upset at the Globes, even though it had more mixed reviews, made it a sudden if questionable Oscar favorite until the very end. Ironic enough, that film did better at the Globes than Alejandro Gonzalez Inarritu’s previous Best Picture winner did, as “Birdman” lost decisively to “Boyhood” and didn’t start its controversial comeback until later that year.

Nevertheless, Eddie Redmayne’s even more hotly debated comeback over Michael Keaton for Best Actor did begin when the Globes gave him his first major prize of the season. Nothing to that point suggested it could happen, but it falls in line with the Globes’ recent habit of turning the tide towards unpopular Oscar outcomes or at least seriously raising the possibility of them.

​This brings us to the 2020-21 Oscar season and its upcoming crossroads at the Golden Globes. Thus far, the critic award season outcomes have usually favored the likes of “Nomadland,” Chloe Zhao, Chadwick Boseman, Riz Ahmed, Carey Mulligan, Frances McDormand, Yuh-jung Youn and Emerald Fennell. To those who have reveled in such results all season, the Globes could mark the beginning of the end as harsh industry reality crashes through, just like in the last several years.

“The Trial of the Chicago 7” might not be the officially designated Oscar “villain” of the season yet, if only because it hasn’t beaten “Nomadland” in a major contest this season. But if the Globes follow their recent patterns, that will change soon enough. It could also sweep along Cohen in the crosshairs, as a Best Supporting Actor victory may be met with groans from those rooting for the likes of Daniel Kaluuya and Leslie Odom Jr, and for those worried that a potential Cohen Supporting Actor industry sweep could put “The Trial of the Chicago 7” over the top for Best Picture.

​Sorkin might be seen as a villain in some circles for beating Fennell and Zhao for Screenplay. But that would be preferable to the outrage that beating Zhao for Best Director would cause. Zhao has swept the critics’ circuit all season, yet that hasn’t erased all the lingering doubt that industry voters would do the same. Should either Sorkin or David Fincher back that up by beating Zhao at the Globes, despite being shut out all season for far less acclaimed and honored movies, many corners of Film Twitter will never let the Globes hear the end of it – to say nothing of the Academy if they follow suit later.

Fincher and Sorkin were preseason favorites who’ve gone winless. Close recently won her first and only award from the Nevada Film Critics but expect the Globes to make Close look like an inevitable Oscar winner again, to the laments of those who’ve fallen much harder for Yuh-jung, Maria Bakalova and Amanda Seyfried as Supporting Actress alternates instead. Thanks to Close’s string of Globes, SAG and Critics Choice nominations, it has given people time to be more quietly resigned than outraged over such an outcome, though a lot of grumbling would likely still occur.

From a certain point of view, even the lead acting races could be vulnerable to Globes-fueled backlash. Best Actor was first projected as one big showdown between the late Boseman and Anthony Hopkins. Yet, Boseman’s wide lead over Hopkins on the critics’ circuit and the emergence of Ahmed made Hopkins a near afterthought, until “The Father” made a splash with four Globe nominations. Now, if Hopkins wins his first Globe after all that, not only might it be seen as derailing Boseman’s storybook posthumous Oscar triumph, the optics of the Globes boosting Hopkins back ahead in a race that’s been largely dominated by actors of color will be questioned, especially after other Globes categories showed a lack of diversity.

Beyond that, a backlash could come if a Hopkins win helps boost “The Father” back on the right side of the Best Picture bubble, to the detriment of more passionately loved films like “Judas and the Black Messiah,” “Da 5 Bloods” or even “Promising Young Woman” and “Minari” Right now “News of the World” appears to be the most likely “meat and potatoes” Oscar bait film that may knock out at least one less traditional contender, but a Hopkins rally might put “The Father” back on track to help knock out another one.

As for Best Actress, multiple Globe nominations for “Promising Young Woman” have made Mulligan a popular pick to beat both McDormand and Viola Davis, perhaps cementing her path to the Oscars. But such an outcome would keep Davis from being only the second African-American Best Actress winner and also keep McDormand from being the second woman to win three Best Actress Oscars. Forgoing such history for the sake of a more conventional winner by comparison, from a much more controversial movie, will probably be a talking point against Mulligan soon enough if or when she becomes a clearer favorite to win it all.

The Globes can accelerate that process, just as they can accelerate the likes of “The Trial of the Chicago 7“, Fincher, Cohen, Close, Sorkin and others to be the Oscar favorites they were expected to be when the season started. Yet after most of this season honored the likes of “Nomadland,” Zhao, Boseman, Ahmed, Paul Raci, Yuh-jung, Bakalova and Fennell instead, such an outcome would be more of a bummer to a lot of people now and make the possibility of the Oscars doing the same a bummer as well.

Nonetheless, the Globes setting us up for such bummers has become a time-honored tradition these last several years, if not outright voter policy. Should history repeat itself, nobody can say that they didn’t see it coming, even as they might continue to hope all the way up to the late hours of February 28th.

As “Parasite” proved last year and as “Nomadland” and other decorated critical winners can still prove this year, the “villains” don’t always win at the Oscars. However, the Globes can be counted on more and more these days to give them a timely surge of momentum with the Academy.

What do you think is going to win this Sunday at the Golden Globe Awards? Check out the NBP Team’s predictions here and let us know in the comments section below or on our Twitter account.