“Glass Onion: A Knives Out Mystery” To Have Its World Premiere At TIFF 2022 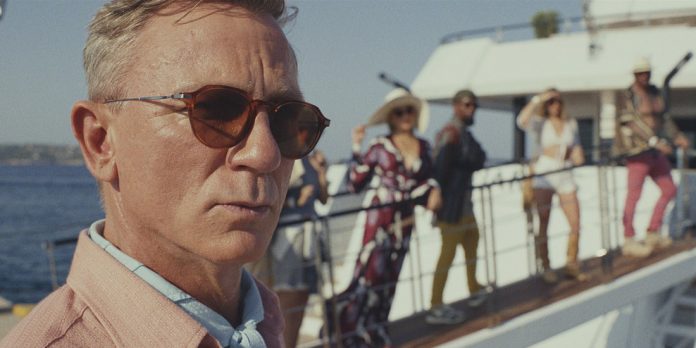 By Matt Neglia
​
In what is the first of many new announcements to come for this year’s Toronto International Film Festival (TIFF), the jig is up! Rian Johnson’s hotly anticipated sequel to “Knives Out,” titled “Glass Onion: A Knives Out Mystery” will have its world premiere at TIFF 2022.

“Knives Out”  had its world premiere at TIFF in 2019 to a rapturous response that rocked the house and made the murder-mystery-thriller one of the must-see films of the year. It would later go on to earn Rian Johnson his first Oscar nomination for Best Original Screenplay.

In the follow-up to Rian Johnson’s first film, Detective Benoit Blanc (Daniel Craig reprising his iconic role) travels to Greece to peel back the layers of a mystery involving a new cast of colorful suspects.  Along with Craig, that cast includes: Edward Norton, Janelle Monáe, Kathryn Hahn, Leslie Odom Jr., Jessica Henwick, Madelyn Cline with Kate Hudson and Dave Bautista. Written and directed by Rian Johnson and produced alongside his partner Ram Bergman under their T-Street banner, the film will release globally on Netflix this Holiday Season.

Are you excited for this announcement? What are your thoughts on the first “Knives Out” film? Are you ready for more Benoit Blanc mysteries and most importantly, do you think the second film will live up to the first? Please let us know your thoughts in the comments section below or on our Twitter account.