“fabian: going to the dogs” 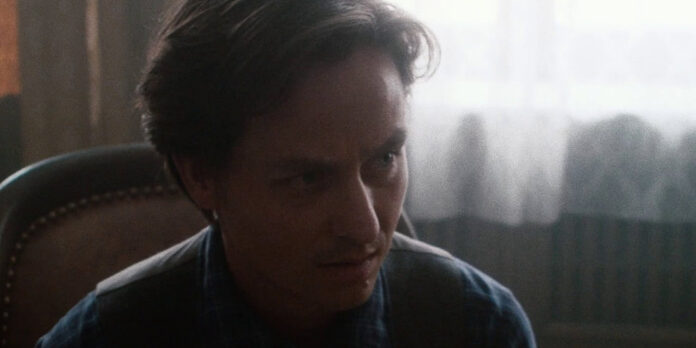 THE STORY – In 1931 Germany before the rise of Nazism, a young ad man spends his days working for a cigarette company and his nights wandering the streets of Berlin. He meets and falls in love with a young actress, but as her career starts to blossom, his prospects for the future begin to wane amid the impending turmoil.

​​​​Pre-World War II Germany is a time period that I’ve been intrigued by through a number of media. The Netflix series “Babylon Berlin” follows a police commissioner and an ambitious stenotypist who chase shady underground political and cultural crimes during the booming 1920s, while society is slowly changing. The Award-winning Academy film “Cabaret,” starring Liza Minnelli as a young cabaret singer during the last days of the Weimar Republic, also shows the rise of fascism throughout the film.

Another film to add to the list is Dominik Graf’s “Fabian: Going to the Dogs,” which follows a young man through love, friendship, and challenging times in 1931 Germany – right before things, as the title suggests, go to the dogs. With many creative visual choices, strong performances, and entertaining narration – reminding me a bit of Joachim Trier’s “The Worst Person in the World” – it’s a film that will immerse audiences in the ever-present and growing chaos the country will find itself in. But the nearly three-hour runtime will be a tough pill to swallow for many, especially when the film loses its momentum in certain parts.

The film begins with a long tracking shot through a modern-day German subway before the camera heads upstairs and reveals 1931 Germany. Jakob Fabian (Tom Schilling) works in the advertising department of a cigarette agency but isn’t very inspired by it. His talent lies in his writing, and though his friends encourage him to pursue it, he can’t seem to take that step full-time. By day, he lives a standard, quiet life, but at night he can be found drifting through bars, brothels, and artist studios with his wealthy and debauched friend Labude (Albrecht Schuch). Labude comes from a secure background, which he seems to hate more than anything. It appears that what he loves most is causing a ruckus, whether it be by drinking too much or drawing attention to himself through his political talks.

The film starts off with high-energy, creative visual choices before things rightfully calm down as the story picks up. When Fabien goes to his favorite nighttime spots, scenes are crystal clear one minute, then cut to grainy film footage of the same scene and back again. There’s black-and-white archival footage that is sped up, along with multi-split screen moments at a cabaret. It’s fun and exciting, but thankfully it’s not like this the entire movie – it’s would be hard to keep up with subtitles as madness is taking over the screen. The film also features witty narration from a female and male voice, which help “express the full range of feelings,” as Graf said.

As Fabian goes through life pessimistically, thanks to the state of current affairs, things change one night when he meets legal trainee and aspiring actress Cornelia Battenberg (Saskia Rosendahl). Though she confidently tells Fabian that she has renounced the male species, he can’t help but fall for this charismatic and bright woman. Lucky for him, she feels the same way.

Fabian and Cornelia’s relationship is the highlight of the film, all thanks to the electric chemistry between Schilling and Rosendahl. As they walk through the streets of Berlin late at night and talk about life, you can’t help but be drawn in by every word they say or smile at the sweet glances they give each other. If you’ve ever had the chance to meet someone who you instantly clicked with, whether through a romantic or platonic relationship, and spent hours talking with them at night, this scene will bring back those memories.

But all good things must come to an end, and Fabian experiences this as he’s laid off from his job, and Cornelia’s star rises when she gives in to the advances of her boss, the film producer Makart (Aljoscha Stadelmann). As he decides to let her go, Fabian faces even more tragedy when Labude. Unfortunately, the film doesn’t develop Labude enough for us to really feel an emotional weight when we learn his fate. It seems like his character was mainly there to show the growing political tension in Berlin as he was constantly watched while delivering passionate speeches. Still, it didn’t add a whole lot since that tension is easily sensed and felt in the script.

Feeling like he’s lost everything, Fabian returns to his parents’ home in Dresden, where he still can’t shake Cornelia off. For the most part, once the Fabian-Cornelia storyline fizzles out, the film loses its momentum. There’s more mixing into underground Berlin society, but it just doesn’t have the same effect as the romance. The three-hour runtime was absolutely not necessary, and several scenes could have been cut to make the film feel much more concise and run even smoother. But with Schilling and Rosendahl’s undeniable chemistry commanding the film and a script that really lets us sink our teeth into this German time period, “Fabian: Going to the Dogs” continues to add to the intrigue with its experimental ways.