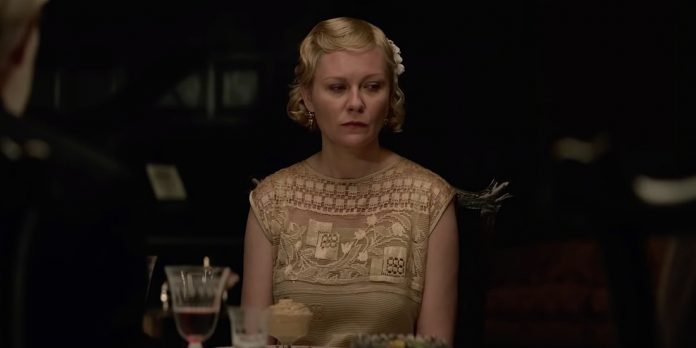 By Matt Neglia
​
“The Power Of The Dog” has garnered a leading 12 Oscar nominations for the 94th Academy Awards. One of those finally brought Kirsten Dunst her first Oscar nomination for Best Supporting Actress for her role as Rose, the widowed inn owner who falls in love with George Burbank (Jesse Plemons – Dunst’s real-life partner) and brings her son (Kodi Smit-McPhee) with her to live on the Burbank ranch, much to the annoyance of George’s brother Phil (Benedict Cumberbatch). All four actors were nominated for Academy Awards for their outstanding work on Jane Campion’s film, but Dunst’s nomination might be the most special of them all. Working in the industry since she was three years old, the nomination has been a long time coming after many years of stellar and unforgettable performances on both the big screen and television.

Academy Award-winning filmmaker Alexander Payne conducted an interview with Kirsten Dunst about her performance in “The Power Of The Dog,” which you can check out exclusively below.

Have you seen “The Power Of The Dog” yet? If so, what did you think of Kirsten Dunst’s performance? Do you believe she will win the Oscar? Please check out our latest predictions for Best Supporting Actress here and let us know your thoughts in the comments section below or on our Twitter account.