Trailer – “Spiral: From The Book Of Saw” 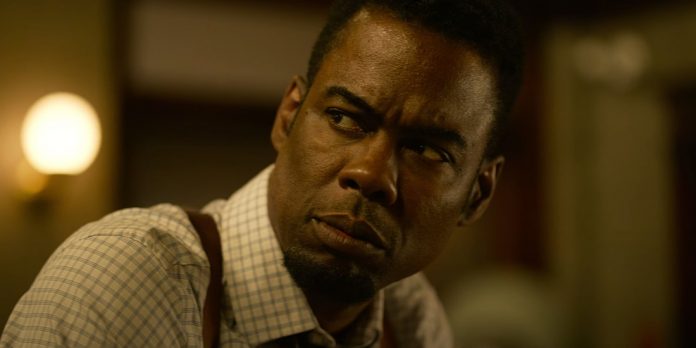 By Matt Neglia
​
Lionsgate has released the trailer for “Spiral: From The Book Of Saw” starring Chris Rock, Samuel L. Jackson & Max Minghella. It is produced by the original “Saw” team of Mark Burg and Oren Koules. The film is directed by Darren Lynn Bousman and written by Josh Stolberg & Pete Goldfinger. It will be released in theaters on May 14th.

Plot Synopsis: A criminal mastermind unleashes a twisted form of justice in Spiral, the terrifying new chapter from the book of Saw. Working in the shadow of his father, an esteemed police veteran (Samuel L. Jackson), brash Detective Ezekiel “Zeke” Banks (Chris Rock) and his rookie partner (Max Minghella) take charge of a grisly investigation into murders that are eerily reminiscent of the city’s gruesome past.  Unwittingly entrapped in a deepening mystery, Zeke finds himself at the center of the killer’s morbid game.

What do you all think of the trailer? I’m happy that for the most part, the “Saw” franchise seems to be over and this is a new killer with a new story, still taking place within the same universe. It allows for more creativity and new casting. However, I’m not entirely sure if I buy Chris Rock in this kind of a role based on what we’re seeing here in the trailer so far. I also hope that the storytellers do something more with the story rather than just give the Jigsaw killer a different name, because if this is going to be the standard cops chasing down a serial killer who uses traps to torture and murder his victims, then I’m not interested. At least Samuel L. Jackson is involved here so you know we can expect at least one fun “Mother f*****r” line delivery. Let us know your thoughts though in the comments below or on our Twitter account.