“Escape Room” & Our Desire To Solve Puzzles In Film 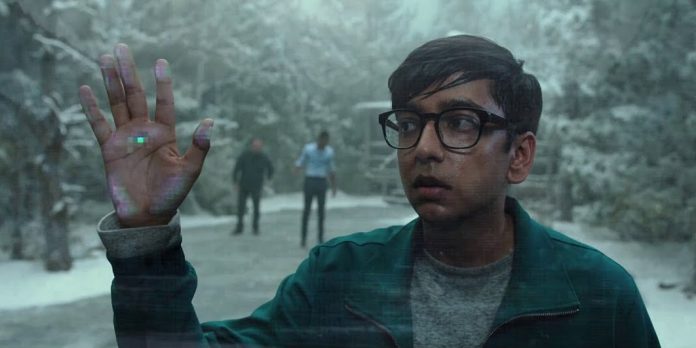 Modern horror movies are known for borrowing heavily from “pop culture” trends occurring in the real world. Sometimes, the quote above indicates a strange definition of trends, like last year’s truly fun-to-hate movie based on “Truth Or Dare,” a game pre-teen children have been playing for decades, not a hot new fad. Sometimes, those quotes indicate a strange definition of popular, like the unwatchable “Slender Man” film, which was also released last year. It had its roots in niche creepypasta forums and only gained popularity after a tragedy occurred in Wisconsin, involving the attempted murder of a girl. While “Slender Man” avoided speaking about the incident in detail, it also did not talk about it either. The protagonists are still young girls who are asked to sacrifice their friend, and it was close enough that Wisconsin’s largest theater chain decided against showing it in theaters near Milwaukee, where the crime took place. The decision to adapt this story was definitely odd, but not too far out of left field for a genre that will do anything to cash in on buzzwords. This year, we are hitting the ground running with another trendy part of the zeitgeist: escape rooms. But is this concept a flash in the pan, or does the idea have more legs than we could anticipate?

For any child who grew up broke in the early aughts and had a penchant for video game playing, they will remember AddictingGames.com. It was the hub of flash games, where anybody could get their fix in-browser instead of having to make sure that your PC was up-to-snuff. Here, we were all equally frustrated by The Impossible Quiz and The Worlds Hardest Game, and many of us came into contact with our first Escape Room title. My first was Escape The Room, although others will have started elsewhere. The game requires you to point-and-click around the room, picking up items and piecing them together in usually obtuse combinations. If you know what you are doing, you can get through the whole thing in about two minutes, but many playthroughs can go into the 30-minute range if you get truly stuck. These games started being released as they exist now in 2004, with Toshimitsu Takagi’s Crimson Room, although the format could date back all the way to the late 1980s. Quickly, they began to spread across gaming websites and other corners of the internet due to the ease of their development process and general low-budget aesthetic. If you had the software, you could make an escape room and put it up on a flash site without too many hurdles to jump.

These online-only experiences became live action for the first time in 2007, where the Japanese company SCRAP opened up a themed room and invited players to try to solve the puzzles in a specific timeframe, essentially beginning the framework for the modern day escape room. In 2011, in Hungary, without any knowledge of what Japan was up to, Parapark opened an escape room franchise with an extremely similar product. Those two ideas converged on the United States, with the first American-based company being born in Seattle, Washington under the name Puzzle Break. Escape rooms in the United States have exploded in popularity, with facilities increasing from 22 to over 2,000 from 2014 to 2017. Now, escape rooms are a phenomenon everybody knows about, and all kinds of companies are profiting. There are board games and even card games that function as escape rooms you can play in your own home, and we have come full circle into inspiring video games again: The Room and other iOS games found success due to the popularity of physical escape rooms, while physical escape rooms were born out of the popularity of online flash games.

So, now we come to today. Columbia Pictures has released “Escape Room” smack at the beginning of January, where it will make a healthy chunk of change and most likely be forgotten by June. But this concept, this idea of using your problem-solving skills to literally unlock the world around you, has been playing at the back of our minds for a long time. Movies that you “solve” are a personal favorite of mine, and when done right, can prove to be immensely effective. “Shutter Island” is one of my favorite whodunnits, and does an incredible job world-building and ensuring that the audience knows the rules and the stakes, which not only adds intrigue during the first watch but increases the re-watchability tenfold. “Memento” used a novel approach to storytelling that allowed the audience to actively piece together what was happening on the screen, as opposed to passively allowing the events to wash over them. Even movies like “Now You See Me” can lean into the idea of fun, and use humor to deepen the audience’s connection to the problem at hand. All of these films have the same thing in common: they all take advantage of the audience’s childhood curiosity and desire to discover the truth. In these movies, the end goal is an “aha” moment, but escape rooms are filled to the brim with “aha” moments, from the beginning to the end.

“Escape Room” may not win any awards (maybe other than next year’s Razzie awards), but it will evoke that same feeling within us. Escape rooms and the puzzles that comprise them will continue to evolve as technology allows them to, and this film is just a snapshot of how so many people find joy not only in watching detectives crack clues but in doing so themselves.

“Escape Room” is currently playing in theaters. Our review can be read here.